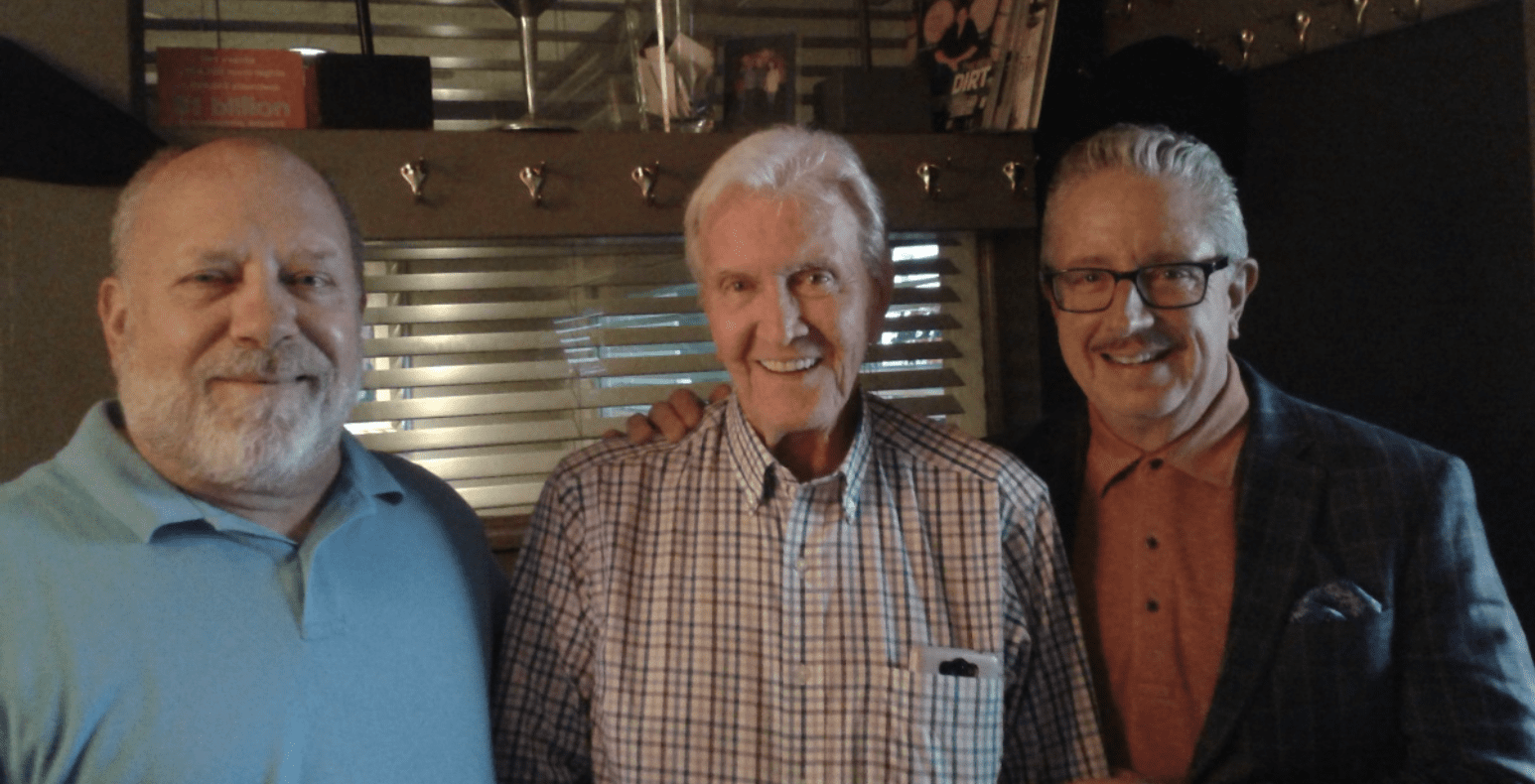 Joe Johnson, who made his mark as label executive, record producer and the publisher of dozens of hit songs, has died at age 93.

Johnson produced, published and/or promoted more than 150 hits. He was behind such successes as “Tequila” by The Champs (1958), “Wishful Thinking” by Wynn Stewart (1960), “The One You Slip Around With” by Jan Howard (1960), “Lies” by The Knickerbockers (1966) and “Signs” by The Five Man Electrical Band (1971). He built the Music Row office building that has housed GAC and RFD-TV.

“He was one of the last survivors of those charismatic record men who shaped this business,” said his friend and admirer Rick Sanjek. “I found his energy, demeanor and vision inspirational.”

Johnson suffered a stroke in 2018 and had been in an assisted-living facility in Hendersonville since then. He died there on Tuesday (Dec. 22).

Joe Johnson was born in 1927 in Cookeville, Tennessee. He attended Vanderbilt University law school. He went to work for Columbia Records in the early 1950s.

Johnson was sent to Texas to investigate the emerging rockabilly style. He saw Elvis Presley there and urged his label to sign “The Hillbilly Cat.” Instead, he was instructed to replicate the then-unknown artist’s songs. So he took “That’s All Right” to Marty Robbins, who had a big country hit with it in 1955. Johnson also produced the 1954 Jimmy Dickens favorite “Y’All Come.”

He promoted the label’s entire country roster of that era, including Carl Smith, George Morgan, Gene Autry, Lefty Frizzell and Ray Price, as well as Robbins and Dickens. He formed a particular attachment with Autry, who hired Johnson to be the “advance man” for his road show. When Autry quit touring, he chose Johnson to run his music companies in L.A.

On an Autry recording visit to Nashville, he took the superstar to The Tennessee State Prison. They heard the incarcerated group The Prisonaires singing their composition “Just Walkin’ In the Rain.” He arranged for Autry’s Golden West Melodies to buy the publishing to “Just Walkin’ in the Rain” and then pitched the song to Columbia’s Johnnie Ray. It became a massive pop hit for the singer in 1956.

In 1957, Autry, Johnson and businessman Johnny Thompson used the profits from “Just Walkin’ in the Rain” to found Challenge Records and JAT Music. In October 1958, Autry sold his share to his two partners so that he could invest in hotel properties and the California Angels baseball team. Thompson became the Challenge general manager. Johnson handled A&R musical responsibilities.

Initially, the companies prospered thanks to Johnson publishing such tunes as “I’m Available” (Margie Rayburn, 1957) and “I’ll Be There” (Ray Price, 1957). Challenge’s first recording success was “So Tough” by the r&b vocal group The Kuf-Linx in 1958.

The backup band on that record was The Champs, who had a massive hit with “Tequila” later that year. Published by JAT, “Tequila” was at No. 1 on the pop charts for five weeks, became an international smash and won a Grammy Award. Among the future stars who performed as members of The Champs were Glen Campbell and the hit pop duo Seals & Crofts.

In 1961, Joe Johnson bought out partner Johnny Thompson. He also bought 4 Star Records and its publishing company that year. This brought him the income from such evergreen copyrights as “Release Me,” “Lonely Street,” “Stop the World and Let Me Off,” “Hot Rod Lincoln,” “Just Out of Reach” and “Am I That Easy to Forget.” 4 Star’s recording artists had included Hank Locklin, Patsy Cline, Webb Pierce, The Maddox Brothers & Rose, Stuart Hamblen, Jimmy Dean, T. Texas Tyler and Roy Clark. So Johnson instantly had many options for repackaging.

Meanwhile, on Challenge, Jan and Dean’s “Heart and Soul” charted in 1961. The Blossoms (including Darlene Love) answered the big hit “Mother in Law” with “Son in Law” on Challenge that same year. Marty Balin, later of Jefferson Airplane, was a Challenge artist in 1962. Wayne Newton, Gene Vincent and future Monkees member Mickey Dolenz were among the other pop acts who were on Challenge Records.

Johnson acquired “Limbo Rock” as an instrumental for The Champs in 1962. Chubby Checker’s people added lyrics, and the “Twist” star scored a big hit with it later that year.

Golden West Melodies songwriter Dave Burgess–the leader of The Champs and the author of the Price hit “I’ll Be There ”–did his part by providing Nelson with several more successes. As a result of all these connections, Joe Johnson tried to sign Ricky Nelson to Challenge, but failed.

In 1964, Joe Johnson became a co-founder of the Academy of Country Music (ACM). He also helped provide the seed money to produce the pilot of its annual awards show.

The Knickerbockers brought his label into the rock era with its Beatles-styled 1966 hit “Lies.” The following year, Johnson pitched “Release Me” to Englebert Humperdinck and reaped the benefits of a worldwide pop smash by the song. He next scored by publishing “Signs” by the Canadian group Five Man Electrical Band in 1971. It earned a Gold Record.

Johnson reactivated 4 Star Records in 1975. He built the 4 Star Building across from the United Artists Tower on Music Row with the intention of housing the label, a song publishing company, a recording studio, a video soundstage and a manufacturing plant under one roof.

He reissued Patsy Cline’s 1959 recording of “Life’s Railway to Heaven” on 4 Star, and it made the charts in 1978. Despite this and 4 Star discs by Lorrie Morgan, The LeGarde Twins, George Morgan, Bonnie Guitar and others, Johnson was forced to sell the building and his publishing catalog in 1980.

He retained the Challenge and 4 Star recordings. He recorded Willie Nelson singing “duets” with Patsy Cline on “Just a Closer Walk with Thee” and “Life’s Railway to Heaven.” Johnson had Sony-ATV administer the licenses for his master recordings, since that’s where his song-publishing copyrights also reside. There have been legal entanglements over his former holdings for decades.

Joe Johnson’s other business interests included the management company Advance Artists and a background-music production firm in partnership with the 3M Company to compete with Muzak.

Funeral arrangements are being handled by Taylor Funeral Home in Dickson, Tennessee. Joe Johnson will be buried at the Burgess Family cemetery at Upper Cherry Creek Cemetery in Sparta, Tennessee.