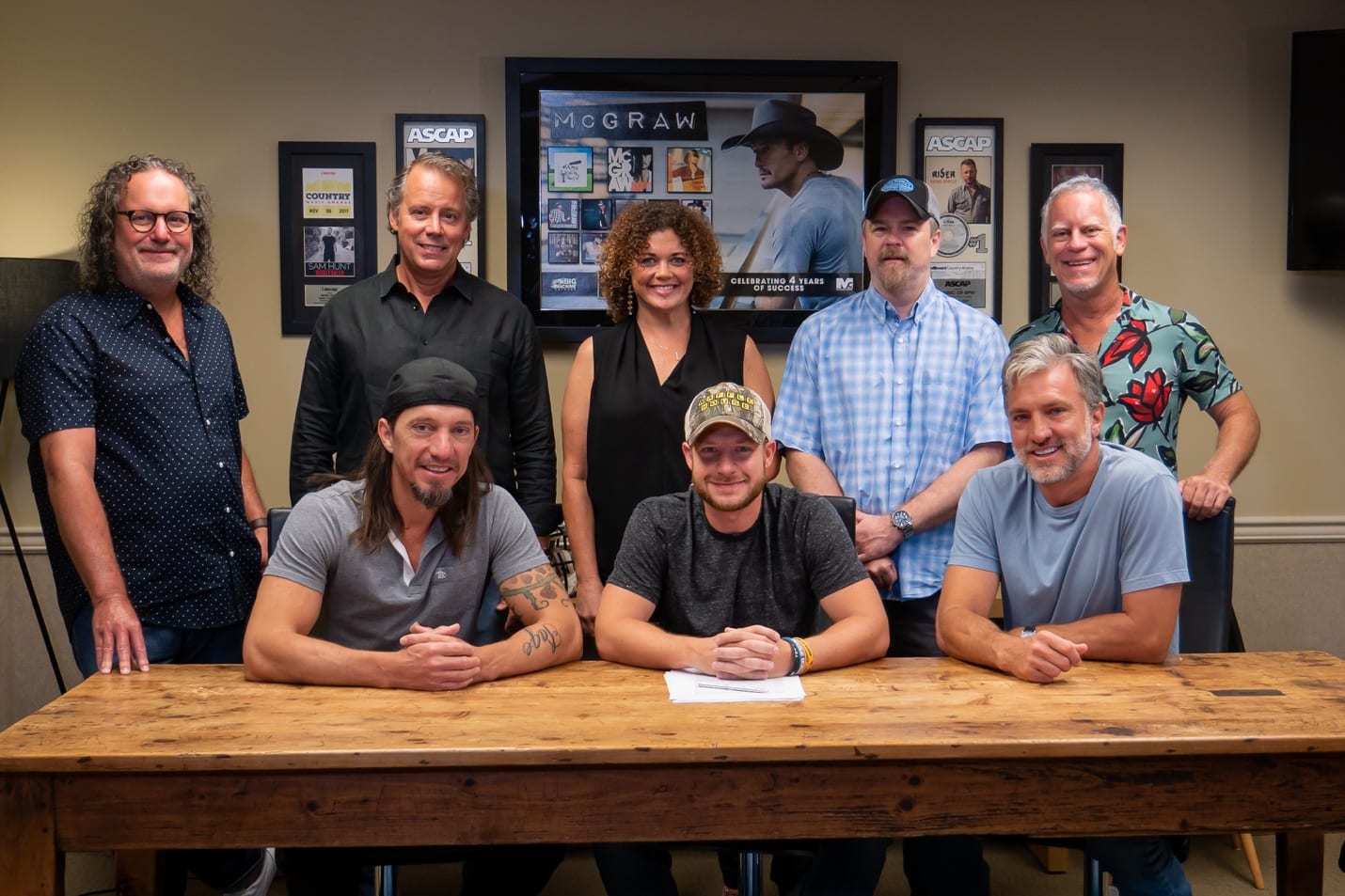 Nashville based music publisher, TriScore Music, has entered into a co-publishing agreement with Tim McGraw’s new publishing company, TMP. As part of the new deal, they also announced the signing of Rob Williford to the new co-publishing venture, in association with the Warren Brothers (Brad and Brett Warren).

Williford won the 2019 CMA Song of the Year award for “Beautiful Crazy,” and is a co-writer on two of Luke Combs’ most recent releases, “Forever After All” and “The Other Guy.” Warner Chappell Music will handle world-wide administration.

“We are really honored to partner with Tim McGraw on the publishing front,” said TriScore Principal, Steve Broome. “Obviously he is one of the greatest artists of all-time but there is nobody better at songs than Tim. I can’t think of a better publishing partner.”

“When Tim and the Warren’s approached us about signing Rob Williford to kick this thing off, it made perfect sense,” said TriScore VP, Juli Griffith. “Rob has established himself as one of the premier writers in Nashville and we look forward to many hits together.”

“We had met Rob a few years back and we encouraged him to go for it,” said the Warren’s. “We are glad we did! And now we are in business together and are excited to not only help find homes for his songs but writing together as well.”

“My passion has always been songwriting,” said Williford. “I met the Warrens when I arrived in Nashville 15 years ago, and I’m excited to be working together with two guys I’ve admired and respected for so long in this industry. I’m humbled and grateful to be a part of the TriScore team.”

“Being in the room with Rob and the Warren Brothers is really something special—the creative sparks fly and great music is a guarantee,” said Ben Vaughn, president/CEO Warner Chappell Music Nashville. “We appreciate the trust that Rob, the Warren Brothers, and TriScore have placed in us to take care of their copyrights”