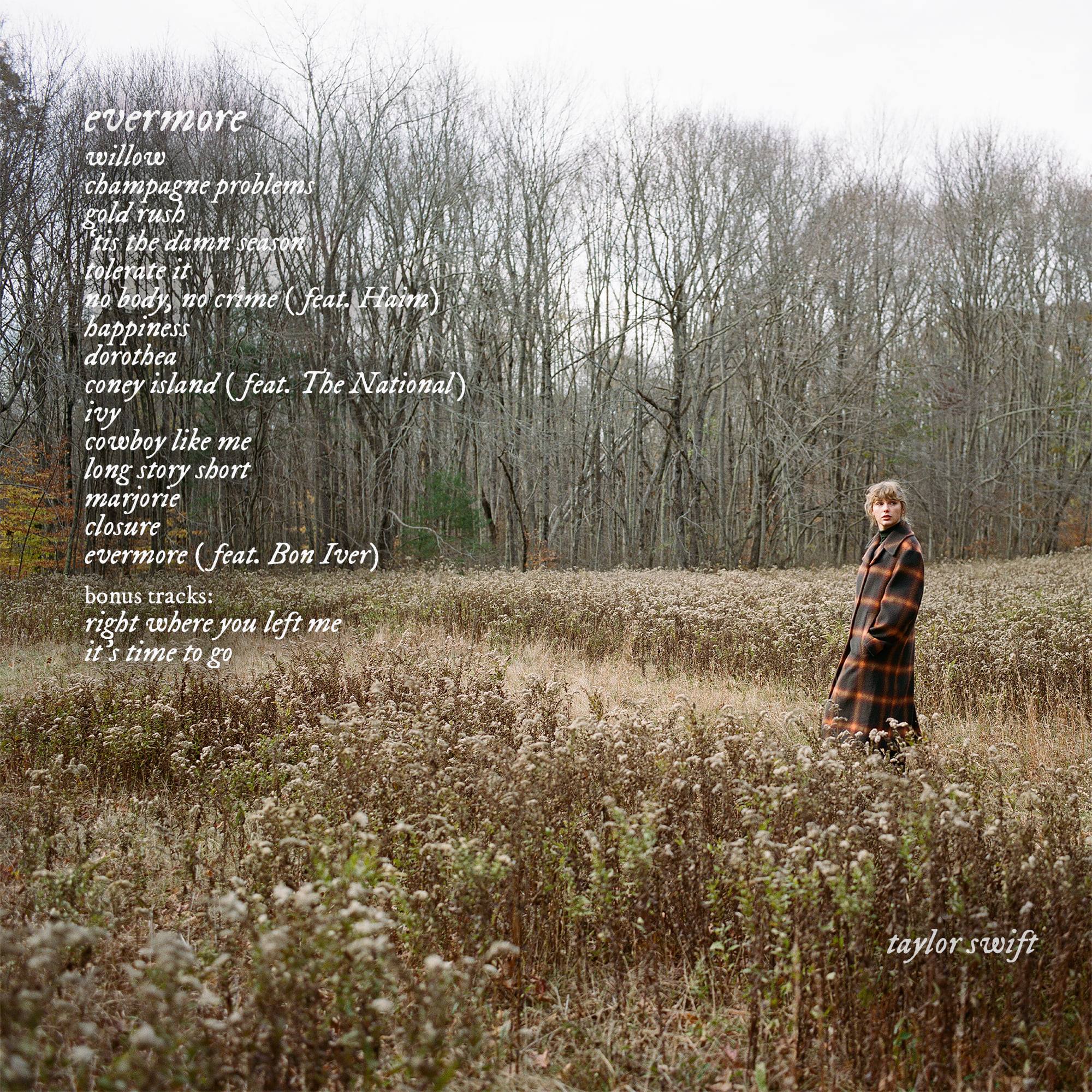 Taylor Swift has revealed she’ll be releasing a sister album to folklore titled evermore at midnight tonight (Dec. 10). She surprised fans with the news on her socials, and will also release a video for the new song “Willow,” along with the new album.

evermore was co-written and produced with Jack Antonoff and The National’s Aaron Dessner, and features Swift teaming with Haim on a track called “No Body No Crime,” a collaboration with Bon Iver (who also appeared on the folklore album), as well as a song she’s backed by The National on, “Coney Island.” On her socials Swift described the origin of this latest set of songs and how it felt like standing at the edge of a deep woods contemplating whether or not to go in.

To put it plainly, we just couldn’t stop writing songs. To try and put it more poetically, it feels like we were standing on the edge of the folklorian woods and had a choice: to turn and go back or to travel further into the forest of this music. We chose to wander deeper in.

The standard edition will contain 15 tracks, but a deluxe physical edition will feature two bonus tracks, “right where you left me” and “it’s time to go,” and Swift offered fans a peek at what the album cover will possibly look like with a photo mosaic on her Instagram page. She continues to thrill fans with surprises during this difficult year—just two weeks ago she released The Long Pond Studio Sessions, a video collection of stripped down, live performances of songs from folklore on Disney Plus.