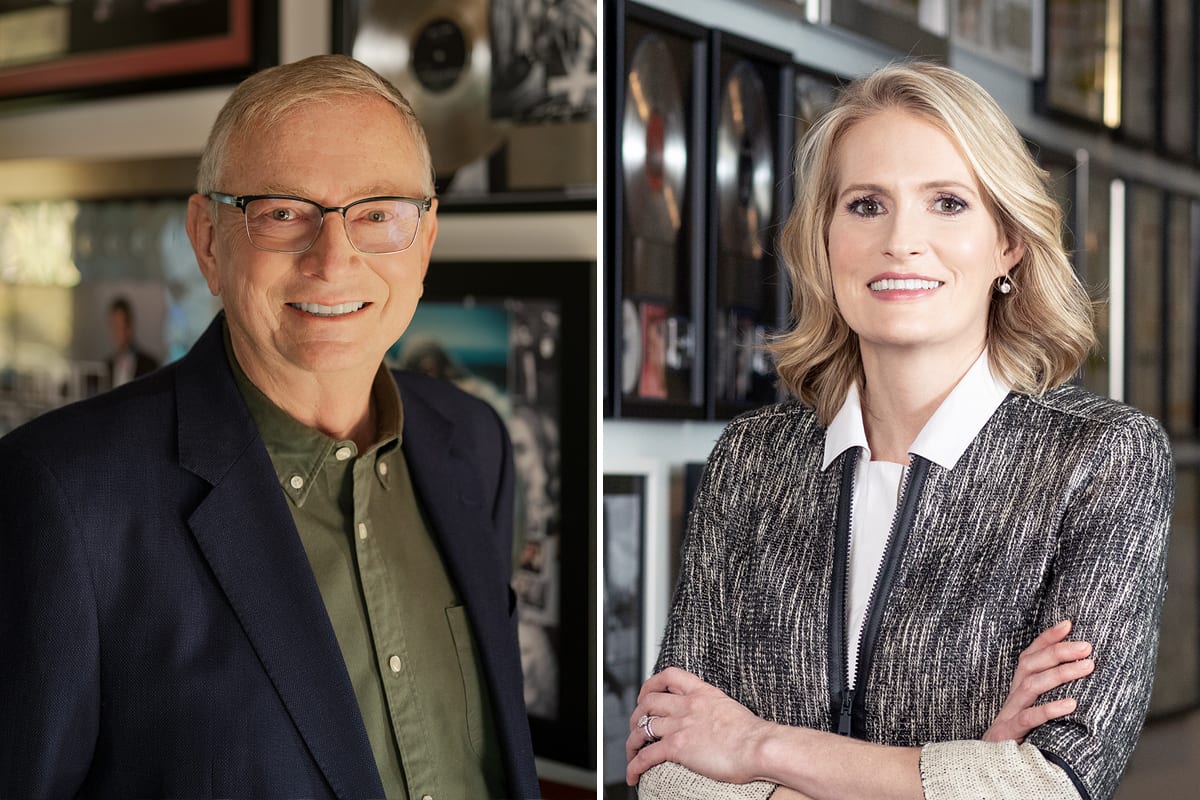 Ralph Peer II, current Chief Executive Officer of peermusic, is transitioning into the position of Executive Chair of the company, transforming his role within the company that he’s led for the past 37 years. Mary Megan Peer, former Deputy CEO, has been appointed to succeed him as Chief Executive Officer of the company, effective January 2021. The announcement marks a generational shift for the privately-owned company that has been led by the Peer family since its inception over 90 years ago.

As Executive Chair, Ralph Peer will retain corporate board responsibilities at the company and continue to provide his expertise. He will also continue to serve as a member of several industry boards, including the National Music Publishers’ Association and International Confederation of Music Publishers.

Mary Megan Peer came to music publishing with a multi-year investment banking background. In recent years she has become the youngest member on ASCAP’s Board, and been named to Billboard’s Power 100, Women in Music and International Power Players lists. She has helped the company land in Billboard’s Top 10 Publishers market share for both Radio Airplay and Hot 100 Songs for the last four consecutive quarters. She also led the acquisition of the largest independent K-pop publisher in South Korea, adding 40,000 Korean copyrights and works to peermusic’s catalogue as K-pop was bursting onto the international scene. peermusic Korea is now the third largest territory in the peermusic network in terms of revenue. She previously led the opening of peermusic’s first fully controlled office in mainland China, becoming the first global independent music publisher to do so.

In October 2020, she spearheaded the blockbuster deal that helped establish peermusic neighboring rights, an international partnership comprised of peermusic, Global Master Rights, Premier Muzik, and All Right Music. Its client roster encompasses 300+ record labels and 2,500+ performers whose recordings were in 24% of Billboard’s 2019 Year-End Hot 100 songs and 40% of the 2019 Year-End Top 20 songs.

Mary Megan Peer’s elevation to Chief Executive Officer marks the third generation of Peer family leadership at the company, which was founded by Ralph S. Peer in 1927. With his passing in 1960, his wife Monique Peer took on the role of peermusic’s CEO and guided the company for the next 20 years. Ralph Peer II took over leadership of the company in the early 1980’s. Under his leadership, peermusic has developed a global network of music publishing companies operating in 32 countries, with well over a half million titles in the company’s catalogue. During his tenure, peermusic has seen steady business growth, and over the past five years it enjoyed annual increases of 12% in receipts and 10% in NPS.

“It’s been a very satisfying challenge to have stewarded peermusic’s heritage repertoire made possible through the genius of my father and the savoir faire of my mother while simultaneously keeping our firm active and successfully engaged with contemporary repertoire and global music publishing policy,” said Ralph Peer II. “I feel privileged to engage with global cultures and intellectual property issues on a daily basis. In short, I love my job and relish the intellectual environment it provides. Now is the time for the next generation to step into this leadership role. Nothing could make me prouder or more pleased than to announce Mary Megan’s appointment as CEO. The entire family joins me in wishing Mary Megan and her team continued success in serving our valued artists and composers. As Executive Chair, I look forward to contributing to peermusic’s future for many years to come.”

“I’m honored to be named peermusic’s fourth CEO by my father at such a strong time in the company’s history. His principled leadership is reflected in peermusic’s client-centric ethos and the respect our colleagues have for writers and for each other. Like many in the company and within the industry, I have learned a great deal from him and am thankful to have the opportunity to continue to do so as he starts the next chapter of his career at peermusic. I look forward to continuing to work with the very strong senior management team he has created around the globe,” said Mary Megan Peer.