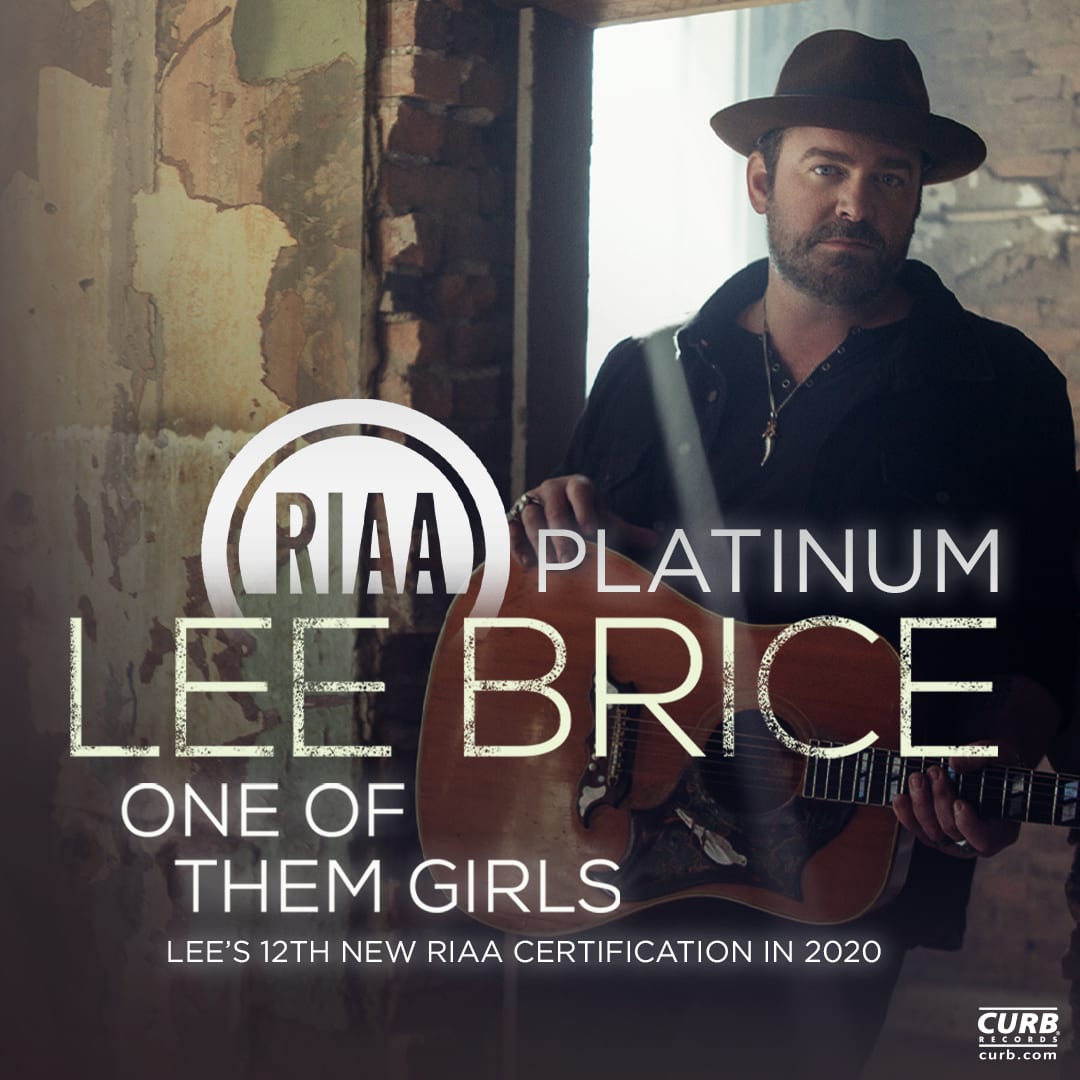 The single was released in April 2020 and rose to the top of the charts in late September, spending three weeks at No. 1 on the Billboard chart, and two weeks atop the Mediabase chart.

Brice recently topped the charts with “One of Them Girls,” which follows his No. 1 with Carly Pearce on “I Hope You’re Happy Now,” and his chart-topper just prior to that, “Rumor,” which was nominated for Single of The Year at the 55th Annual ACM Awards. One of the most-played country artists of all time on Pandora, he is a member of the company’s Billionaires Club.