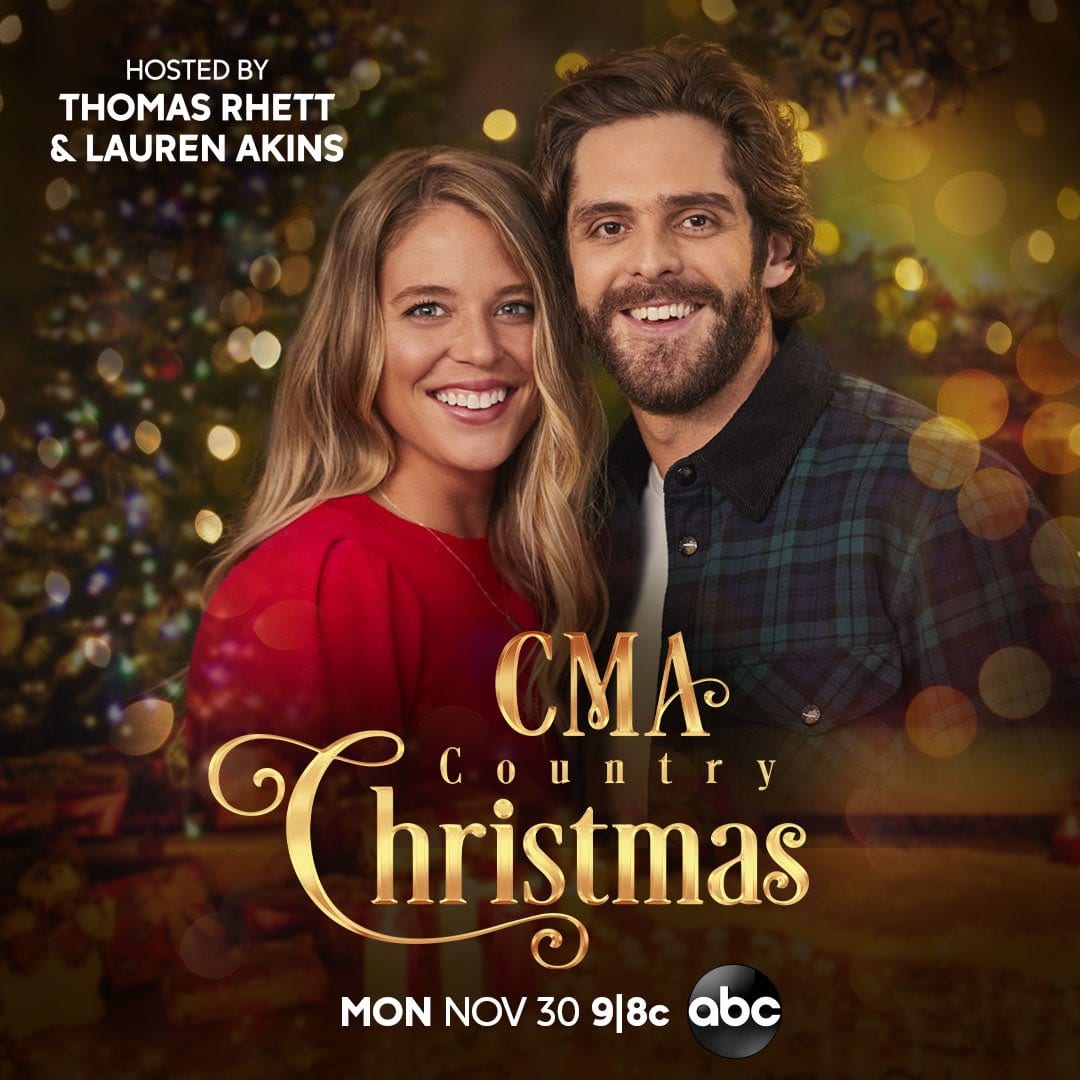 Thomas Rhett and wife Lauren Akins are set to co-host CMA Country Christmas, they announced Wednesday morning (Nov. 11) on Good Morning America. The first-time co-hosts will lead the show, which was recorded a few weeks ago and is set to air Nov. 30 on ABC. No performers have been announced at this time; last year’s lineup included Dierks Bentley, for King & Country, Chris Janson, Lady A, Brett Young, and more.

Thomas Rhett has previously co-hosted CMA Fest for three years alongside Kelsea Ballerini, and prior to that, hosted the show alongside Brett Eldredge.

The singer-songwriter, who recently released the track “What’s Your Country Song,” previously released holiday singles including “Christmas in the Country” and “The Christmas Song.”