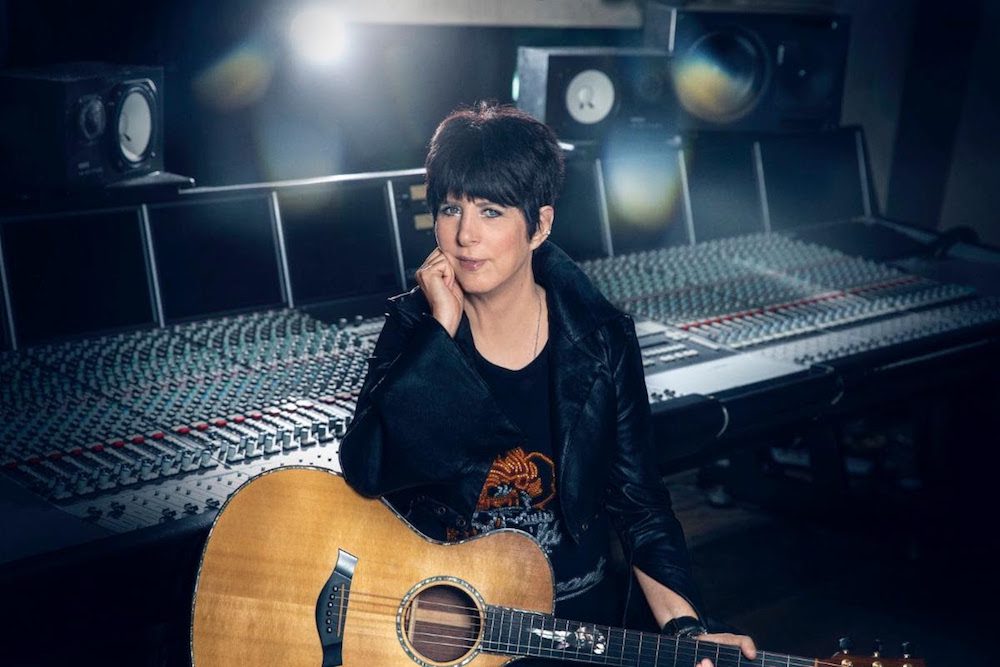 As one of music’s most prolific songwriters, Diane Warren has notched nine No. 1 songs and 32 Top 10 hits on the Billboard Hot 100, and is a member of the Songwriters Hall of Fame. Her songs have been featured in more than 100 films and she has earned a star on the Hollywood Walk of Fame.

Early next year, she will release her own album, Diane Warren: The Cave Sessions Vol. 1, via BMG. The album will feature an all-star lineup including John Legend, Celine Dion, Mary J. Blige, Jason Derulo, and more.

“A lot of people have done this kind of project—Mark Ronson or Calvin Harris or DJ Khaled—but no one who is just a songwriter has,” says Warren. “So why not me? I thought it would be a chance to work with artists I love and other artists I want to work with, and create a cool body of work that shows the diversity of what I do.”

The album’s first single, “Times Like This,” features Darius Rucker and releases Nov. 10.

“It’s more of a story than I’m used to writing, more of a country song, but it’s also more of an anthem, because at times like these we really could all use an angel,” Warren says of “Times Like This.” “I think this song is going to speak to everybody. It gives you hope and it puts you in the fighting spirit.” And of Rucker’s performance, she said “He has that comfort food voice, and we kind of grew up with him. He loved the song, and when he sent back his vocal, it was fifty times better than I expected. I was jumping around the room, I was so excited.”

Rucker adds, “Diane is such a legend, so I was absolutely honored when she called saying that she had me in mind for a song. It’s one of those things that just being asked to be part of her record — and especially such a great song like this — is just amazing. Then to actually go through the process with a legend like her and to see it all come to life has been a really cool experience.”

Among Warren’s smash hits are “Because You Loved Me” (Celine Dion), “Can’t Fight The Moonlight” (LeAnn Rimes), “How Do I Live” (by both LeAnn Rimes and Trisha Yearwood), “I Didn’t Know My Own Strength” (Whitney Houston), “I Learned From The Best” (Whitney Houston), “Love Can Move Mountains” (Celine Dion), “Can’t Take That Away” (Mariah Carey), “Look Away” (Chicago), “Have You Ever” (Brandy), “I Don’t Want To Miss A Thing” (Aerosmith), and dozens more.