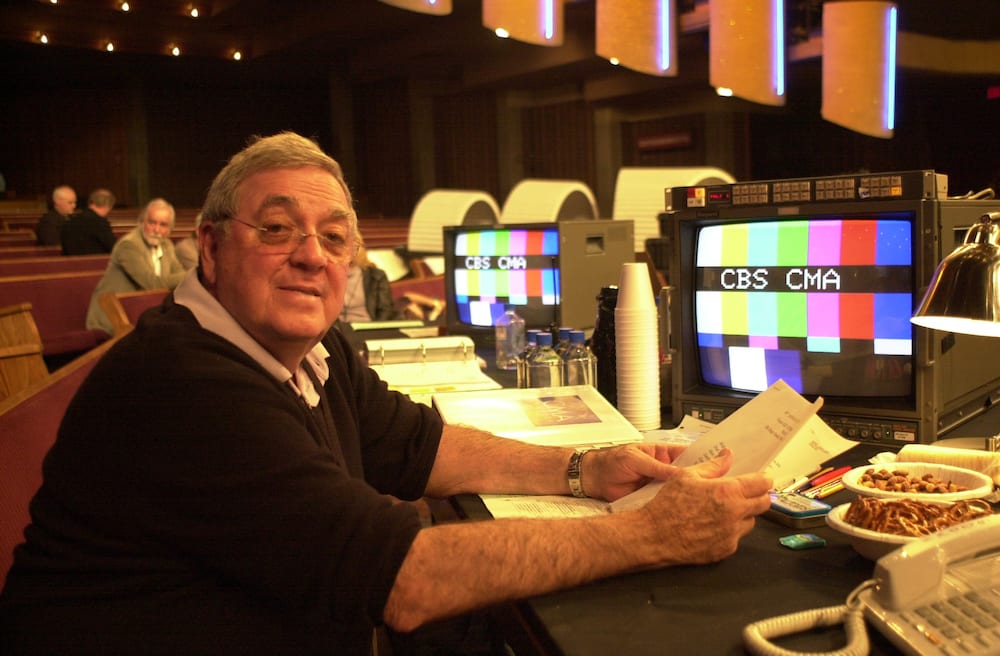 As the impresario behind the CMA Awards for more than 40 years, Miller arguably put more eyes on country music than anyone in history. He created televised anniversary celebrations for the Grand Ole Opry, directed more than a half dozen Johnny Cash network specials and brought stars from Perry Como to George Burns to Music City for all-star country TV events.

He worked on the annual CMA shows from 1970 to 2004. He directed the Grammy Awards 15 times between 1984 and 2009. He had an unbroken 10-year run as the director of the Tony Awards, 1987-97. Walter Miller also orchestrated TV coverage of the Emmys, the People’s Choice Awards, Comic Relief and other extremely challenging productions involving multiple stars, sets and crews.

He was the definitive director of the award show/live event television genre. Miller wrote the book when it came to multi-camera coverage of events, a logistical nightmare for most directors. He could simultaneously watch 20 cameras “in the booth,” quickly calling which shots to air, live. As a violinist, he was sensitive to musicians’ moments, allowing millions of viewers to feel as if they were at the shows in person.

Miller was nominated for 19 Emmy Awards and won five of them. He was also a three-time Directors Guild of America award winner. He was presented with the CMA President’s Award in 2007, its Irving Waugh Award in 2009 and a Grammy Trustees Award in 2010.

Born Walter Corwin Miller in New York, he served in World War II, then began his television career in the late 1940s. He was the lighting director for NBC’s Horn & Hardart Children’s Hour. Other early television credits included The Bell Telephone Hour, Startime and Sing Along with Mitch.

He directed the televised musicals You’re a Good Man, Charlie Brown, Dames at Sea, The Will Rogers Follies and George M! In 1995 he created the Soul Train 25th Anniversary TV celebration. In 1989, he directed the Presidential Inaugural Gala. He appeared in the 1991 Bette Midler movie For the Boys. He worked on projects with everyone from Al Green to Justin Timberlake.

Ken Ehrlich, who worked alongside Miller on numerous Grammy telecasts, eulogized his friend in a loving tribute in Variety. He recalled Miller’s special fondness for the country music family. Miller loved working in Nashville and always praised its television production community as being the equal of any in New York or L.A.

While in production, Miller was wildly funny and often profane. As Ehrlich remembered, “We might have been doing a G-rated show, but it was an X-rated headset, as we were all to discover one year when a highly censored couple of minutes of Walter’s headset wound up on Rick Dees radio show and almost brought the Recording Academy and the network to its knees. Apologies and mea culpas followed, but Walter was back in the [director’s] chair the next year.”

He was a master at dealing with both crews and artists, able to charm even the most difficult divas. He could tug at the heartstrings by presenting Alan Jackson’s first public performance of “Where Were You (When the World Stopped Turning).” Or he could howl with laughter backstage with K.T. Oslin. He could throw his spotlight on a favored up-and-comer like Mary Chapin Carpenter as effortlessly as on a superstar like Garth Brooks.

A master of the one-liner, an encyclopedia of jokes and a fabulous raconteur, Miller loved to regale listeners with his TV tales. He was particularly entertaining talking about the early days of live television dramas and variety shows.

He tickled the ribs of everyone from Dolly Parton to Jack Lemmon. An avid golfer, Walter Miller was particularly fond of Vince Gill, with whom he worked many times.

“Walter Miller was unique,” wrote Ehrlich. “Loved by almost everyone he worked with….the picture of a person not often found anymore in this or any other business. I often said—to his face—that beneath that gruff exterior was an even rougher interior. But that’s the kind of joke Wally loved.

“I loved him and miss him very much. We won’t see another one like him. Ever.”

Walter Miller died on Friday evening (Nov. 13) surrounded by family and friends. His son is television director Paul Miller, who is also a veteran of CMA telecasts, as well as Saturday Night Live, In Living Color, A Capitol Fourth, two Super Bowl halftime shows and more. 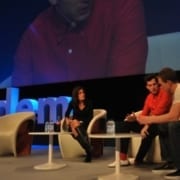