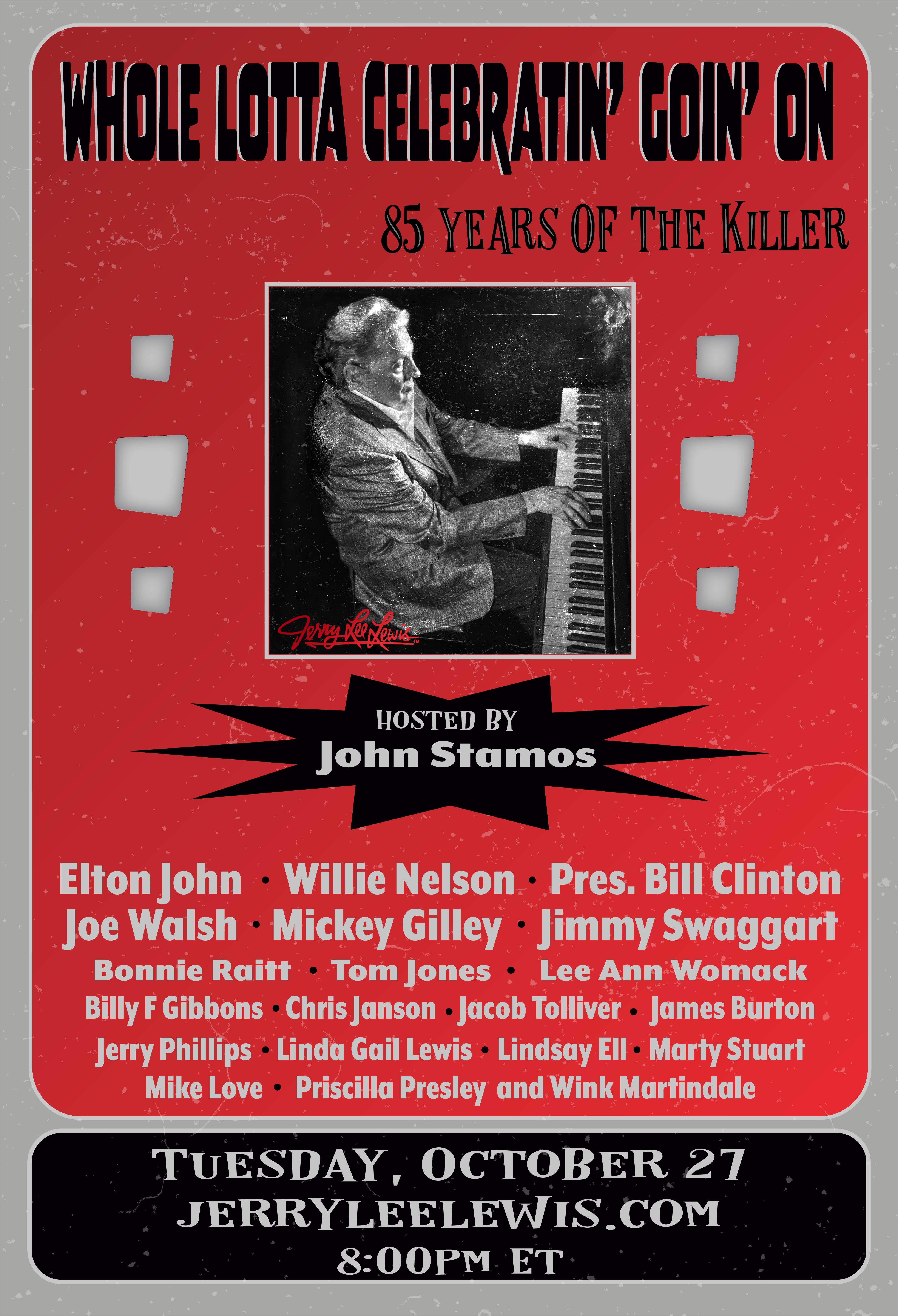 Jerry Lee Lewis is turning 85, and “The Killer” is celebrating the milestone birthday with his millions of fans around the world through a giant virtual live stream event, “Whole Lotta Celebratin’ Goin’ On: 85 Years of The Killer.” Hosted by actor John Stamos, the special will feature performances and well wishes from friends and fans including Elton John, President Bill Clinton, Willie Nelson, Lee Ann Womack and Joe Walsh, among many others.

The evening, which will air on Tuesday, Oct. 27 at 7 p.m. CT via Jerry Lee Lewis’ official Facebook and YouTube channels and on jerryleelewis.com, will also mark the first time in 40 years that Lewis has been in the same room with his famous cousins, country legend Mickey Gilley and televangelist Jimmy Swaggart.