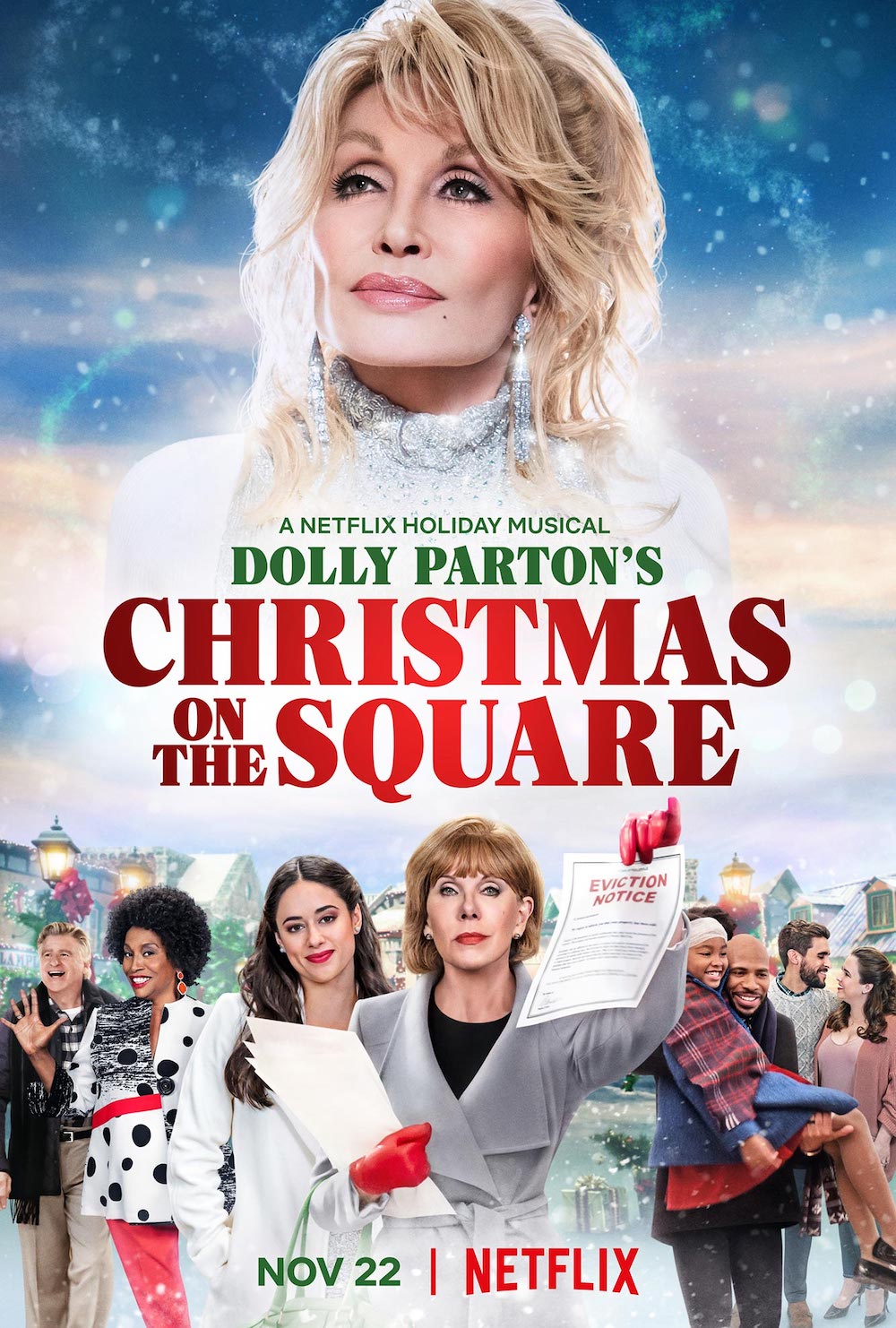 Dolly Parton has announced a new holiday movie musical, Dolly Parton’s Christmas on the Square, which will release on Netflix Nov. 22. Parton will portray an angel and the movie will include 14 Parton original songs.

The film is executive produced by Sam Haskell, writer Maria Schlatter, Debbie Allen, and Parton, and directed and choreographed by Allen, with a cast including Christine Baranski, Jenifer Lewis, Jeanine Mason and Treat Williams. The project is produced by Magnolia Hill Productions and Parton’s Sandollar Productions, in association with Warner Bros. Television.

The movie follows a wealthy—and malicious—woman, Regina Fuller (played by Baranski) who returns to her tiny hometown after her father’s death to evict everyone and sell the land to a mall developer. An angel (Parton) and the town’s residents join to convince Fuller to have a change of heart.

Parton has been gifting fans plenty of holiday goodies lately, including her recent Christmas album, A Holly Dolly Christmas, a bakeware line with Williams Sonoma, and the upcoming book Dolly Parton, Songteller: My Life in Lyrics, penned with acclaimed journalist/author Robert K. Oermann.