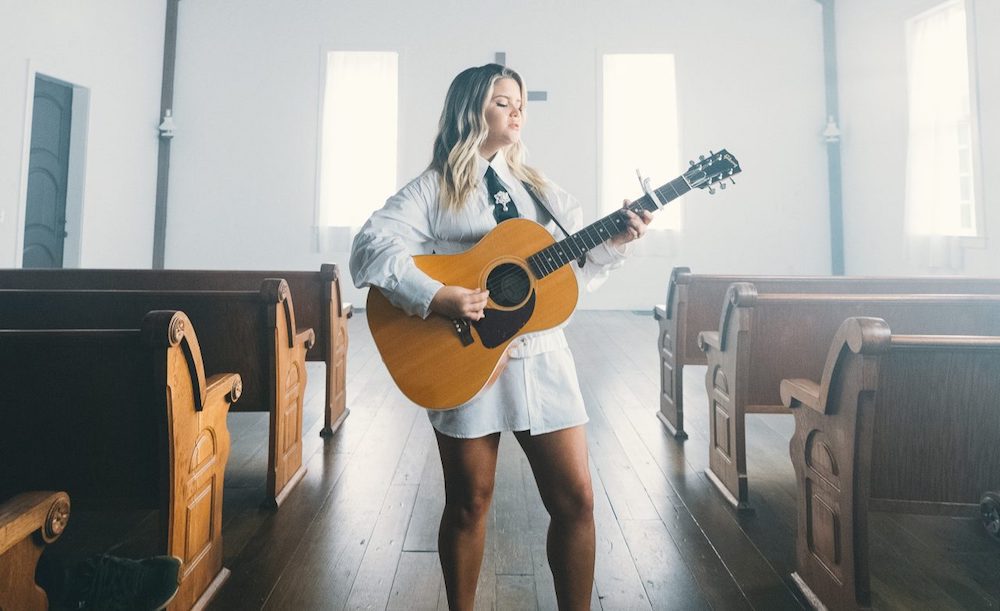 Today’s edition of DisClaimer is a spotty collection, with clunkers as well as winners.

Leading a parade of females this week is Maren Morris, who takes home the Disc of the Day award with a topical tune. Raising their voices by her side are Jenny Tolman, Cam and Lindsay Ell, all of whom have also turned in splendid sides.

There’s a new duo in town called Everette. Named after George Clooney’s character in O Brother Where Art Thou, these two Kentucky natives show all kinds of promise on “Kings of the Dairy Queen Parking Lot.” Needless to say, this wins them the DisCovery Award.

EVERETTE/“Kings of the Dairy Queen Parking Lot”
Writers: none listed; Publisher: none listed; Producer: Luke Laird; Broken Bow
-I dig this. It’s a very cool small-town banger with plenty of rhythmic punch and a charming, drawling delivery. Rockin’ and twangin’ Everette is a duo consisting of Kentucky natives Brent Rupard and Anthony Olympia. Play them.

MAREN MORRIS/“Better Than We Found It”
Writers: Maren Morris/Jessie Jo Dillon/Jimmy Robbins/Laura Veltz; Publishers: none listed; Producer: Greg Kurstin; Columbia
-“America, America, divided we fall….America, America, we’re better than this.” Sister Maren pleads for a better world, with freedom and justice for all. The video addresses anti-immigration, Black Lives Matter and the COVID pandemic and ends with her reading a letter of promise to her infant son, Hayes. It ends with the one-word exhortation: Vote.

THE QUARANTINE ALL STARS/“Quarantine”
Writer: Scotty Wilbanks; Publisher: none listed; Producer: Scotty Wilbanks; 9 North
-Brad Paisley, Steve Wariner, Chuck Leavell and Journey’s Jonathan Cain head the list of the roughly two dozen musicians who partake in this snappy, country-rock instrumental jam. Among the others are members of the bands that back Luke Bryan, Thomas Rhett and Dave Matthews. Proceeds benefit the MusiCares COVID 19 Relief Fund. It’s a guaranteed, toe-tapping pleasure.

JERROD NIEMANN/“The Blame”
Writer: Jerrod Niemann; Publisher: none listed; Producer: Jerrod Niemann; JN
-While the dazzling “Tequila Kisses” continues to ride the radio airwaves, Niemann is issuing this track that shows his more vulnerable, heartache side. Lilting and deliciously melodic, it was written in the wake of his divorce. This guy is a such a gem.

TEXAS HILL/“Darkest Sky”
Writers: Ryan Beaver/James Leblanc/Mike Walker; Publisher: none listed; Producer: none listed; TH
-This trio is Craig Wayne Boyd, Casey James and Adam Wakefield. Ordinarily, I wouldn’t recommend launching your career with a ballad, but these three sing so magnificently, and the lyric is so inspirational and hopeful that I have to cheer. Well done, boys.

LINDSAY ELL/“Workin’ Out”
Writers: none listed; Publisher: none listed; Producer: none listed; BBR
-This is evidently from the soundtrack of the “Make It Up As We Go” podcast. It’s acoustic and stripped down, which showcases her conversational delivery of the jaunty, upbeat lyrics. Bopping and effective.

BRANDON COLLINS/“Blame It On Nashville”
Writer: Brandon Collins; Publisher: none listed; Producer: Steve Freeman; BC
-Boyish, plaintive and a little tentative, he sings of his busted heart in this soft ballad. He’s not the strongest singer on earth, but there’s some songwriting promise here.

JENNY TOLMAN/“Invent a T-Shirt”
Writers: Jenny Tolman/Dave Brainard/Bill Whyte; Publisher: none listed; Producer: Dave Brainard; JT
-The always witty Ms. Tolman tickles yer funny bone with this talking-blues ditty about social media, virtual bickering and wild opinion spewing. Accompanied by scampering fiddle and lickety-split guitar work, she offers a saucy, catchy chorus that ends with “kiss my derriere.” She is practically single handedly bringing humor back into country music and deserves our heartiest applause for doing so. The “selfie” video with her band will make you smile as brightly as the lyric does.