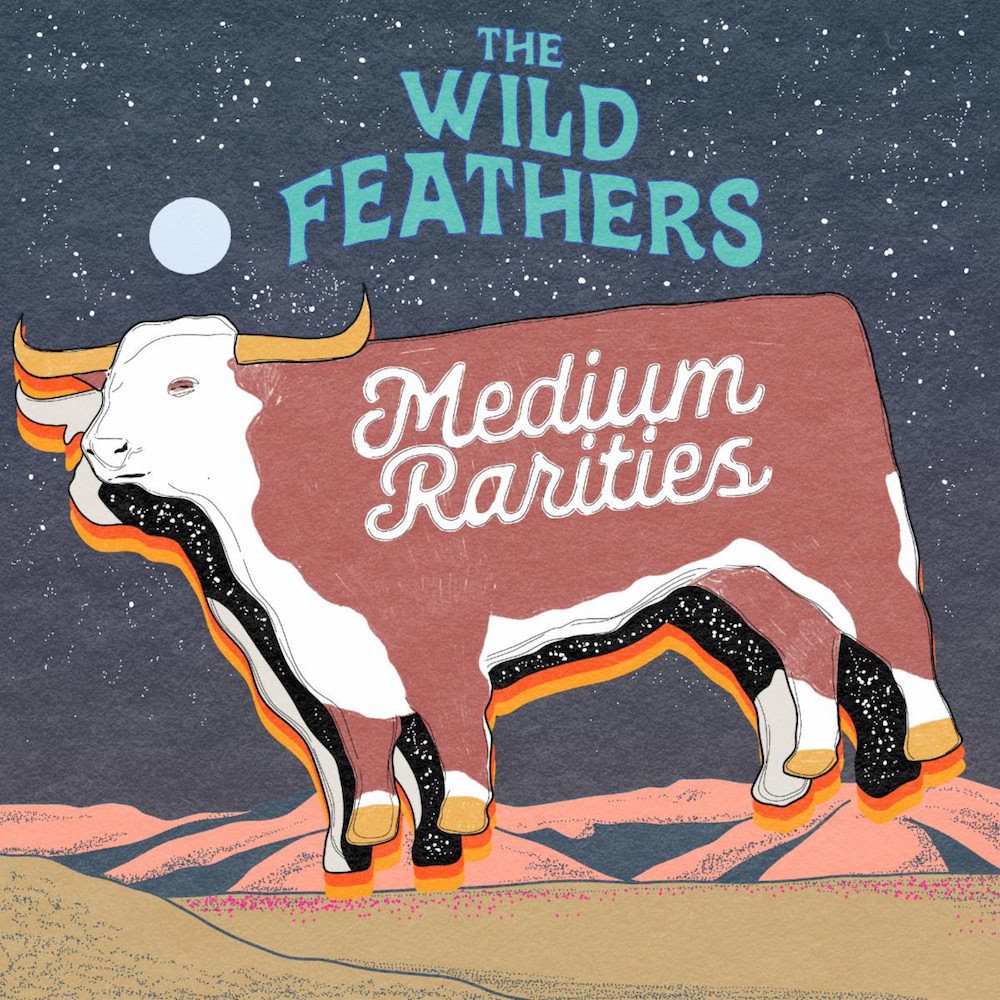 The Wild Feathers will release a new album, Medium Rarities, which spans the band’s decade-long career.

The album, set for release on Nov. 20, is composed of those B-sides, covers, demos, and other nuggets the band culled from The Wild Feathers’ vault. “Blue,” a Dave Cobb-produced cover of the Jayhawks’ classic, sticks close to the original but with the band’s signature harmonies expanding beyond the existing vocal melody.

“Medium Rarities opens up the possibility for future volumes,” band member Ricky Young says. “We thought it was a cool thing to do for ourselves, and especially for our fans. We’ve always been one of those bands that talks about having a true catalog, by every definition: live albums, box sets, double albums, b-sides, and rarities albums—being music fans, and that’s what we are, that’s what you want from artists you like. You want anything you can get your hands on. This is one more step we’ve accomplished.”
“Fire,” “Goodnight,” and “My Truth” round out the middle of the compilation, and all three tracks are new material written in the lead-up to the band’s plans to explore a new era of the Wild Feathers. The Feathers produced these new tracks together as a band.
The Wild Feathers plan to wrap 2020 with a handful of live-streaming concerts and private events, including public dates with Blackberry Smoke as well as a handful of headline shows of their own. They’re currently at work on material for a new album, with plans to release new music in early 2021.
Medium Rarities track list:
1. Blue
2. Heartbreak
3. Marie
4. Almost Cut My Hair
5. Fire
6. Goodnight
7. My Truth
8. To Be Gone
9. Lose Yourself
10. Guitar Man
11. After the Bottle’s Gone