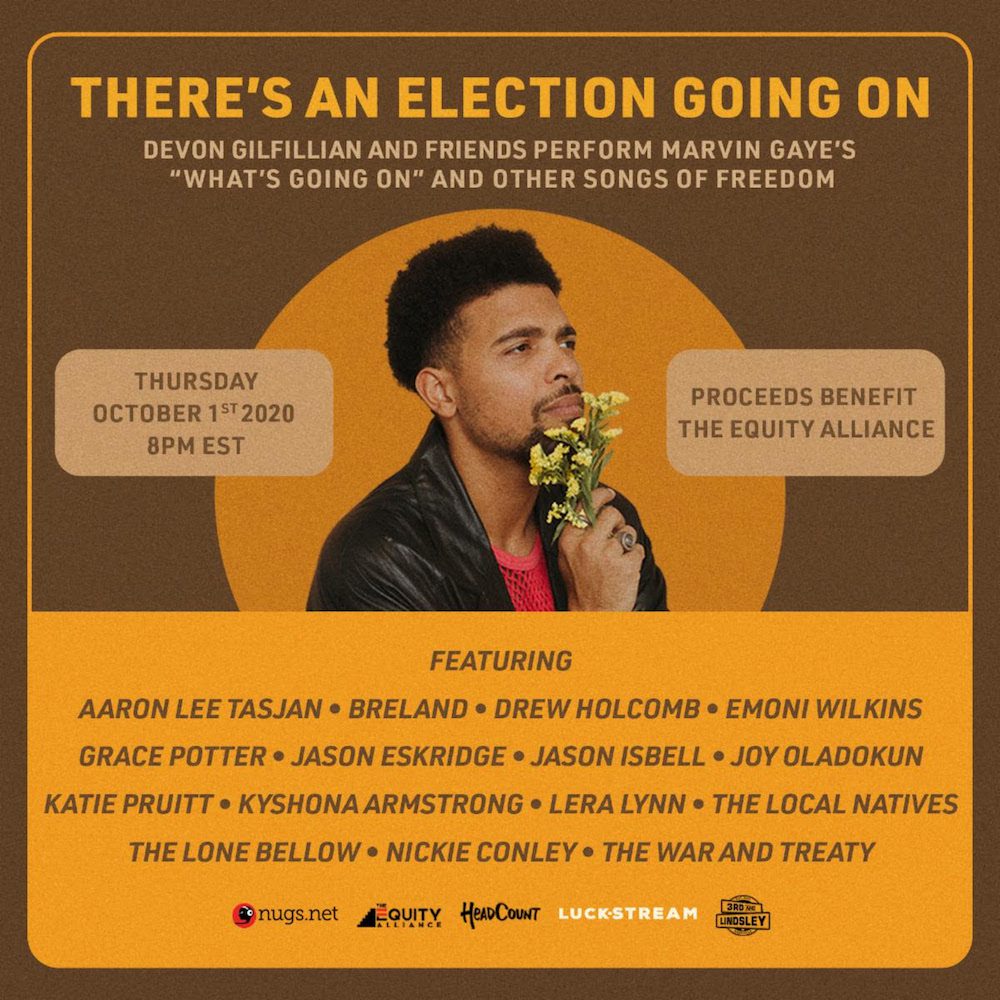 Devon Gilfillian and Friends are holding a livestream concert, “There’s An Election Going On” on Thursday, Oct. 1 at 8 p.m. ET in partnership with The Equity Alliance, Nugs.net and HeadCount.org.

“I don’t have much political power, but I do have the power of music,” said Gilfillian. “I decided I wanted to learn the entirety of Marvin Gaye’s album, What’s Going On, and use that music to raise money to fight voter suppression, bring people together, and share the message that Marvin was trying to get across. Marvin simply wanted this country to have a conversation, an informed conversation, on the injustice and pain that people are facing. To simply look at ‘what’s going on.’ Almost 50 years ago, this album came out, and every word still rings with such relevance.”

Gilfillian performed the national anthem at NASCAR 2020 on the day they banned the Confederate flag. He recently launched The Good Life Fund, which supports organizations that are doing good in the world, including Give A Note Foundation and Rebuilding Together Nashville.