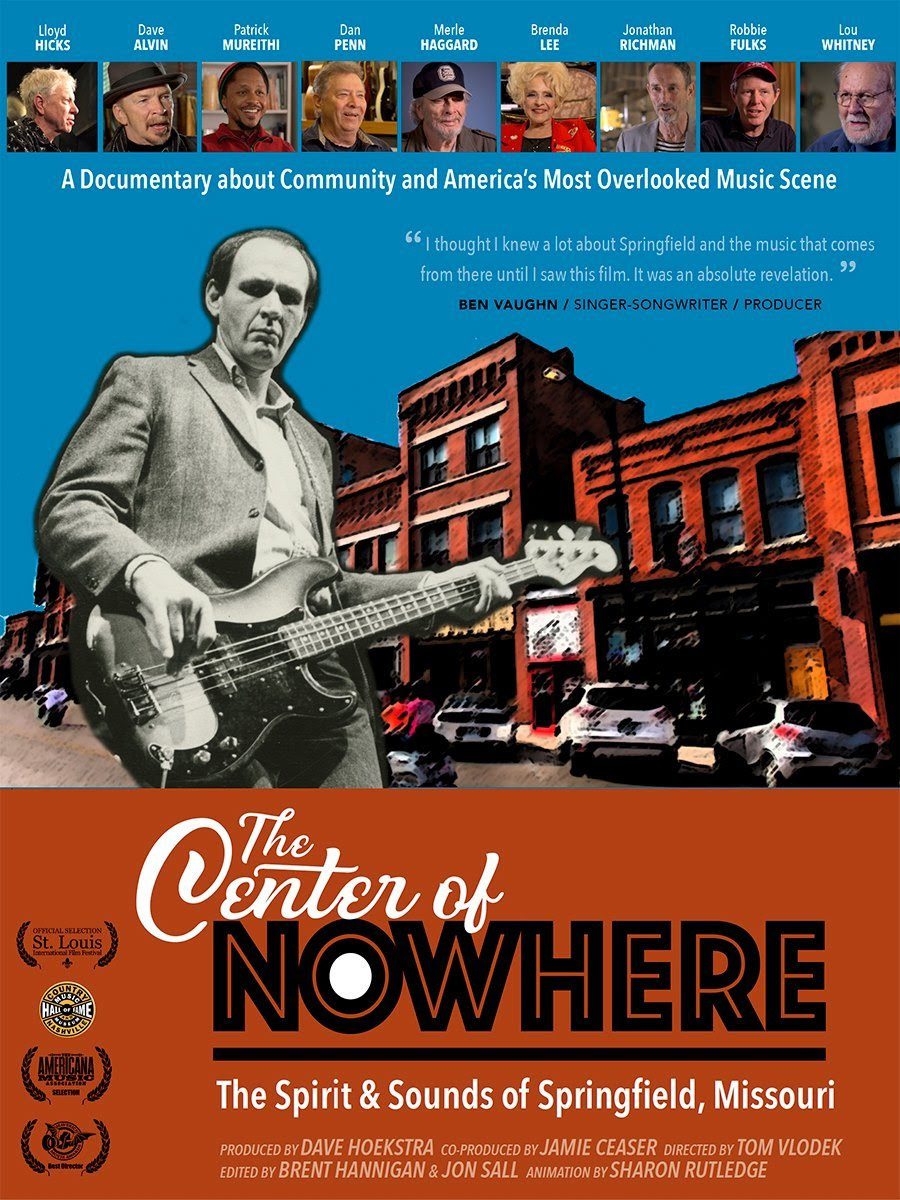 The Center of Nowhere (The Spirit and Sounds of Springfield, Missouri), a new documentary featuring Dan Penn, Brenda Lee and others, offers up a look at the history and celebration of “America’s most overlooked music scene.” The film was released earlier this week and is available digitally.

Weaving the tale of how the city shaped a sound, influencing country, folk, gospel, rock, and roots music globally, the film premiered at the County Music Hall of Fame and was nominated for the Maverick Award for Best Documentary, Best Director and Special Achievement for animation sequences, and was also an official selection at AmericanaFest and The St. Louis International Film Festival.

The film explores how Springfield created a fiercely independent sound that has influenced artists all over the world, and includes additional interviews with musicians such as Dave Alvin, The Del Lords, members of the Ozark Mountain Daredevils, the pop rock band Somebody Still Loves You Boris Yeltsin, Jonathan Richman, Robbie Fulks, Syd Straw, and the final on-camera interviews with Merle Haggard and Springfield music avatars Bobby “Lloyd” Hicks and Lou Whitney.

Viewers can purchase or rent the film from digital platforms including Amazon, Vimeo and nationwide OnDemand on cable networks Comcast, Charter/Spectrum, and Cox.