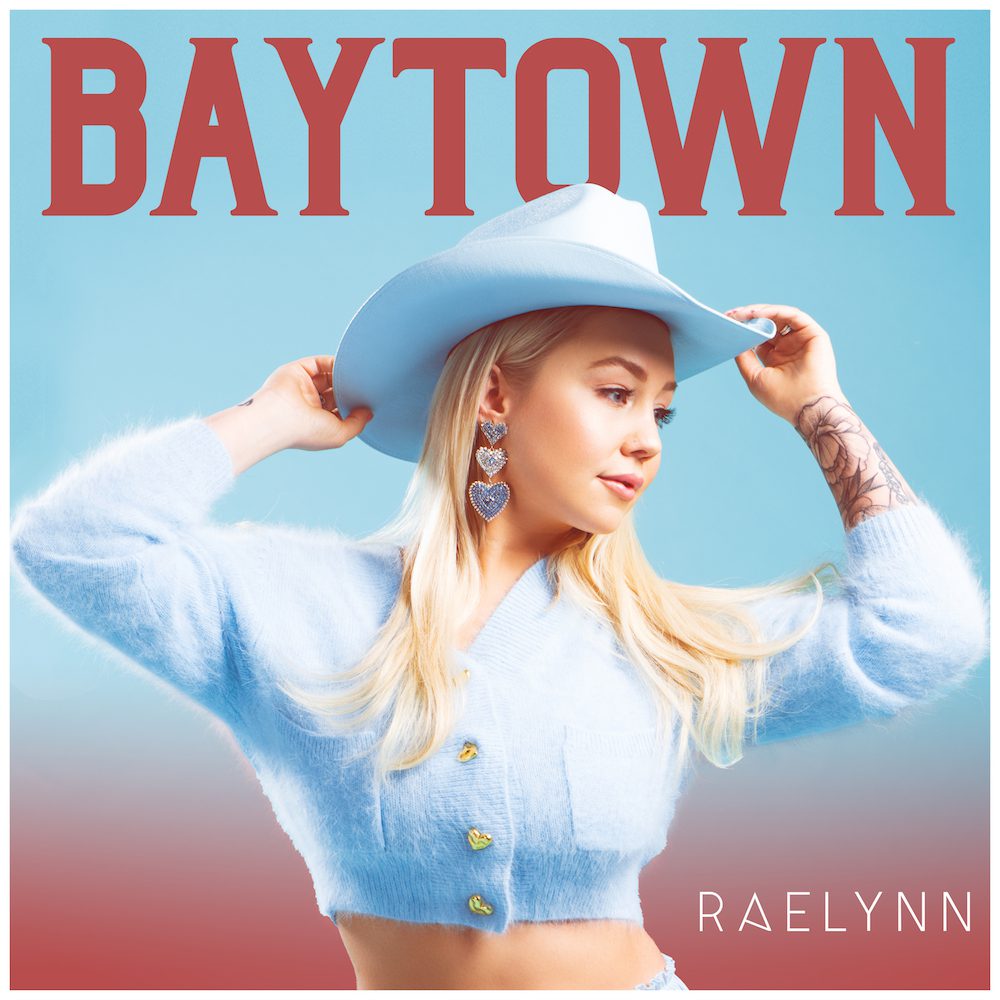 RaeLynn’s latest album, Baytown, simmers with spunky sounds of freedom, self-love, and confidence—all of which the singer-songwriter from Baytown, Texas has fought hard for over the past few years.

Her new project, which releases today (Aug. 14) marks her first on Florida Georgia Line’s Round Here Records, a place RaeLynn says offers her more creative control and the support of two longtime friends and country superstars. AWAL, Kobalt’s recording company, is also involved with the deal.

Earlier this year RaeLynn released the tracks “Bra Off,” “Keep Up” and the introspective “Me About Me,” the followup to hits including “Love Triangle” and “God Made Girls.” RaeLynn recently spoke with MusicRow about the six-track project, peeling back the emotional layers to reach deeper truths in her songwriting, her new label home.

MusicRow: In 2019, you signed with Round Here Records. What drew you to sign with the label?

RaeLynn: It’s kind of like how we all fall in love with a song and we just go with our first initial gut feeling. I’ve been a big fan of Brian [Kelley] and Tyler [Hubbard] for years. I’ve known them since I was 18 years old. It was just finding a new home for me that I could feel valued and seen, and really kind of let me do what I do with my music.

I knew that Round Here Records was going to be the place, because I think that being with a company that’s really innovative with the way the music industry is going… The music industry’s like the Wild Wild West right now. There’s so many ways to be able to break through and to be with a company that’s innovative, it feels like, ‘Okay, well we don’t have to do this the traditional way.’ I think that’s really cool.

The pandemic has certainly shifted the traditional ways of doing business right now.

It really has. I think at first, everybody didn’t know how long to wait, because I don’t think we realized it was going to be this long before we could tour again, and just the weirdness of everybody not knowing what’s going on in the world. Like ‘Let’s settle down.’ But then we’re like, “Okay, this is our reality. This is the way it’s going to be. Let’s all put out music.”

Because we need music right now more than ever. I’m so thankful that all these artists are putting out music now because that’s one way it’s going to help us get through this time. And then when we’re able to go travel again, they’ll have something to look forward to more.

How did the studio shutdowns affect the making of Baytown?

I had half of it completed beforehand. All the production for “Still Smoking” and “Me About Me” was done with everybody sitting in their own production studios. After everything kind of calmed down, I went in and did vocals, really just me and [producer] Corey Crowder. With “Me About Me” and “Still Smoking,” everybody just killed it because they were able to be creative in their own home and still make it happen.

What inspired “Me About Me”? The vocal has a very intimate feel to it.

And from there it flows into “Bra Off,” which feels like an exhale.

I know. And that’s exactly what I wanted. I wanted it to be like, ‘That guy? He’s gone and I felt amazing about that decision.’ The order of a record means everything to me. I literally listened to it so many different ways before I put it together.

“Fake Girl Town” is very honest about seeking out authentic friendships in a place where that is not always easy.

I grew up in Baytown, and even there, it took me a second to find my real friends. Who loves me for me? Who is going to be there with me through thick and thin? And I found those group of friends and they’re my friends still today. But in Baytown, I was always the only one doing music. I was like big fish in a little pond, you know? I grew up in a musical family. Everybody in my family was chasing music, and so I never felt a sense of jealousy or a sense of like, ‘Oh, I hope this happens for me and not my cousin or my brother or for anybody like that.’ So when I moved to Nashville, it was really hard for me to find friends that were genuinely happy for me and were chasing the same dream as me, and who wanted to fully connect on a deep level.

So that song was really a cry for help because I was just like, ‘Gosh, where are all the real girls in the fake girl town? Where is the girl like me, who grew up in a town with two-lane roads and one stoplight? We’re all here. We’re all nervous. We’ve all had bad breakups. Where are those girls at?’ Because those are the ones that I want to hang out with. I feel like anybody can relate to that no matter where you live.

“Keep Up” turns the whole rowdy party vibe that male country singers have been so known for in recent years and proves that women can do the same thing.

I am a very bold, sassy person. I have a huge personality. It took me a second, but I finally have come into my confidence of knowing, ‘Okay, this is how I like to sing. This is how I liked to dance. This is how I like to write. And either you take it or you leave it.’ Now it’s coming into this place of feeling so comfortable in my own skin, and my songwriting, and in my artistry. I feel like guys have so much fun on their songs, on country radio. They always talk about having a good time. I’m like, ‘Well, I don’t know if you’ve seen every single country girl on Broadway, or country girls at a festival, but they get way more rowdy and way more ratchet than any of those guys do, most of the time.’ So I’m like, well, ‘Y’all keep up with that. Country girls know how to get it done.’ I wanted to write songs like that from a woman’s standpoint.

Outside of Baytown, you also contributed a song, “Chase Me Down,” to Chris Tomlin’s recent project, which FGL executive produced. How did that come about?

I was going into a writing session with Josh Kerr and Hannah Ellis, and my mom had told me about this woman that she had heard at a conference speaking about how it doesn’t matter where you’re at in your life, God wants to be a part of your life and he’ll chase you down, and I knew we needed to write that.

I think that there’s such a beauty in following your heart with songwriting. It shouldn’t be about, ‘Oh, I need a hit song for country radio.’ It needs to be, ‘What does my heart feel today? What is my spirit telling me that I need to write? That’s what I need to write.’ Now that I’ve tapped into that, to me it feels like the sky’s the limit and I’m writing some of the most honest music I’ve ever written. I’m so excited about the future and what the next EP holds or the next record holds and Baytown is just the beginning of that. That’s why I named my record Baytown, because Baytown, Texas, helped shaped the woman and the personality and the faith and the ability. It’s the reason why I love country music.

Is there a possibility that you might put out your own CCM album at some point?

That’s something that I’m not opposed to. Faith is very much a part of my life, and I feel like if God put it on my heart, I would do it in a heartbeat.