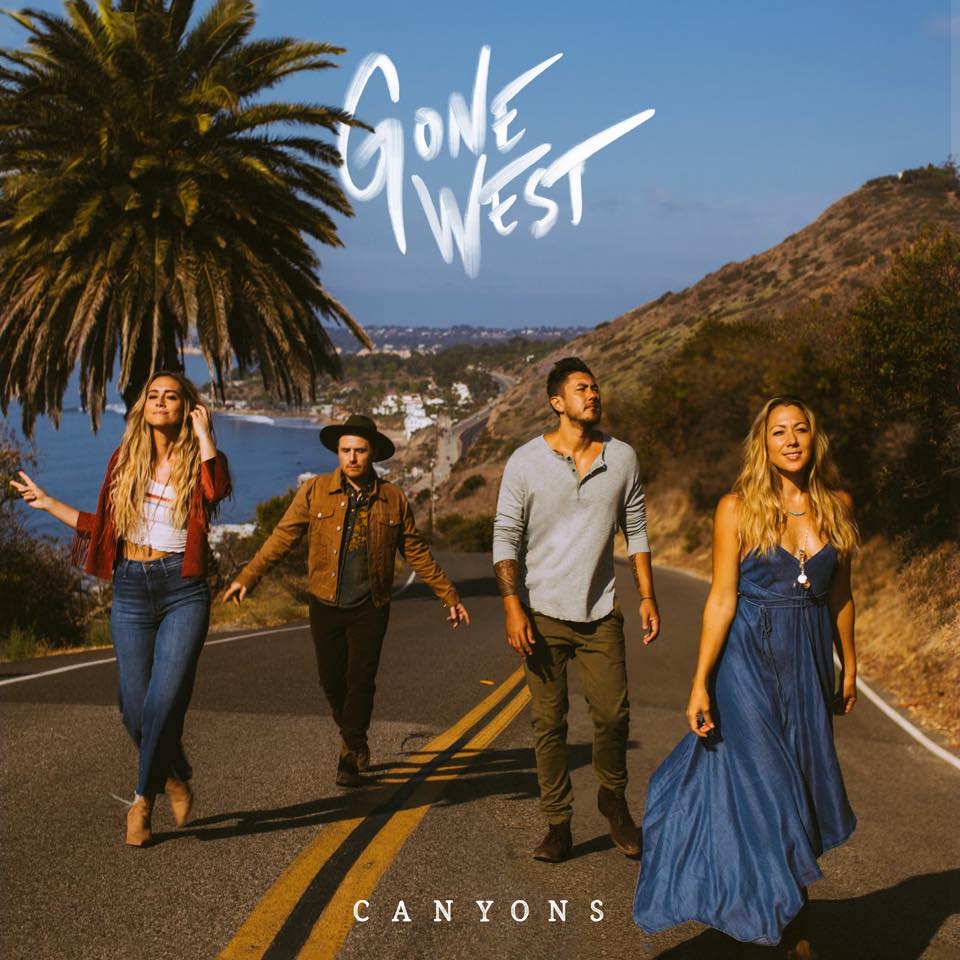 Members of the band Gone West are going separate ways. Colbie Caillat and Justin Young are splitting from bandmates Jason Reeves and Nelly Joy. On Wednesday, Caillat posted the news on Instagram.

The country quartet was comprised of two couples. Reeves and Joy are married, while Caillat and Young called off their five-year engagement a few months ago.
In June, Gone West released its first-full length album, Canyons, via Triple Tigers. That followed the success of debut single “What Could’ve Been,” which had by then earned more than 40 million streams, and more than 10 million views of the music video. 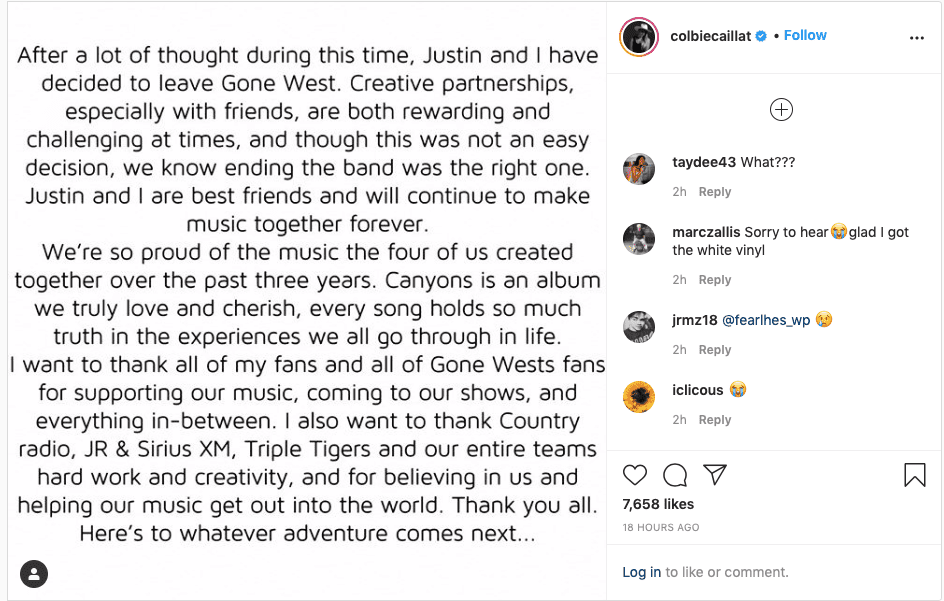