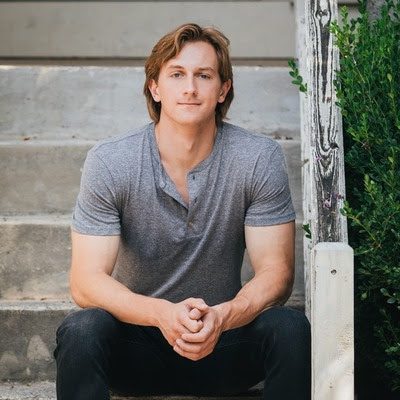 Cooper Alan’s latest single, “New Normal,” was an instant hit from the moment it was released, landing at No. 1 on the iTunes country chart, and reaching No. 6 on the all genres chart. The song was also streamed over 114,000 times on Spotify the first day of release, and has struck a chord with many fans on TikTok, who are using the song as background to their own videos and sharing their ‘new normal’ with their family and friends.

“New Normal” was written by Cooper Alan, Seth Mosley and Victoria Shaw, with Shaw and Mosley producing. The song came out of a zoom conversation between Cooper Alan and his co-writers.

“While the pandemic has caused a lot of struggle and hardship, we all found that we have experienced little blessings along the way,” said Alan. “That’s what this song is about. It immediately struck a nerve with my friends on TikTok from the first day that I started posting little teasers of the song. My TikTok now has over 3 million likes so it was a no brainer to release it as soon as I could. As an independent artist it has been really amazing how people keep finding my music and joining me on this journey.”

Alan has achieved another milestone as well: with his “covid-caroling,” imitations of popular singers singing “Savage,” and all-around fun content, the 24-year-old has gone viral on TikTok – hitting 3.1 million likes, with over 417,000 followers.