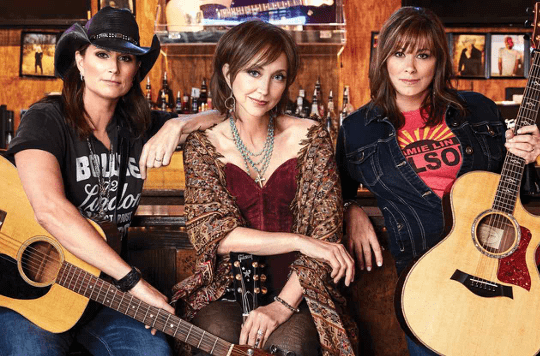 PBS stations will honor some of country music’s most trailblazing female artists during a new program, Iconic Women of Country, set to air June 1, 2020.

The program’s archival footage highlights songs and artists that broke barriers and shifted the course of country music, such as Kitty Wells singing “It Wasn’t God Who Made Honky Tonk Angels,” the 1952 single which was recorded as an answer to Hank Thompson’s “The Wild Side of Life,” and became the first song recorded by a solo female artist to become a Billboard No. 1 country hit.

Loretta Lynn—who, in 1972, became the first female artist to win the Country Music Association’s Entertainer of the Year honor—performs “You Ain’t Woman Enough To Take My Man.” The program highlights Patsy Montana (real name Ruby Blevins) who became the first female country artist to have a million-selling record with her self-penned 1935 hit “I Want to Be a Cowboy’s Sweetheart.” Also featured are Lynn Anderson‘s mega-crossover hit “(I Never Promised You A) Rose Garden,” which in 1971 earned a Grammy for Best Country Vocal Performance, as well as Jeannie C. Riley‘s 1968 smash “Harper Valley P.T.A.,” which made Riley the first female artist to rule both the country and pop charts simultaneously with the same song.

Current female country hitmakers are featured, including Trisha Yearwood, Wynonna Judd, Terri Clark, Pam Tillis and many more, reflecting on a signature song from each legend, as well as performances of those songs that inspired and moved them.

“It has been such an honor to be able to pay tribute to these women,” says Barb Hall, Producer and Vice President of TH Entertainment. “Their music gave a voice to women’s life experiences, and as much as I love their music, their stories are such a source of inspiration.”

“Transform is proud to partner with Barb Hall and TH Entertainment to bring the stories of these women to light,” says Nick Stuart, President and CEO of Transform Films®. “Her expertise and passion have resulted in a special that will appeal to music fans of all kinds.”

Universal Music Group Nashville will offer a bundle that includes a DVD of the program alongside extra exclusive features, a CD, and a Hatch Show Print.

“There couldn’t be a more important time to spotlight iconic women of country music than now,” shares Universal Music Group Nashville President, Cindy Mabe. “Their influence and stories of overcoming continue to impact, support and build the next generation of country music. Our rich musical history is magnified by these incredible women’s stories and music that changed culture. Country music wouldn’t be relevant without them.”