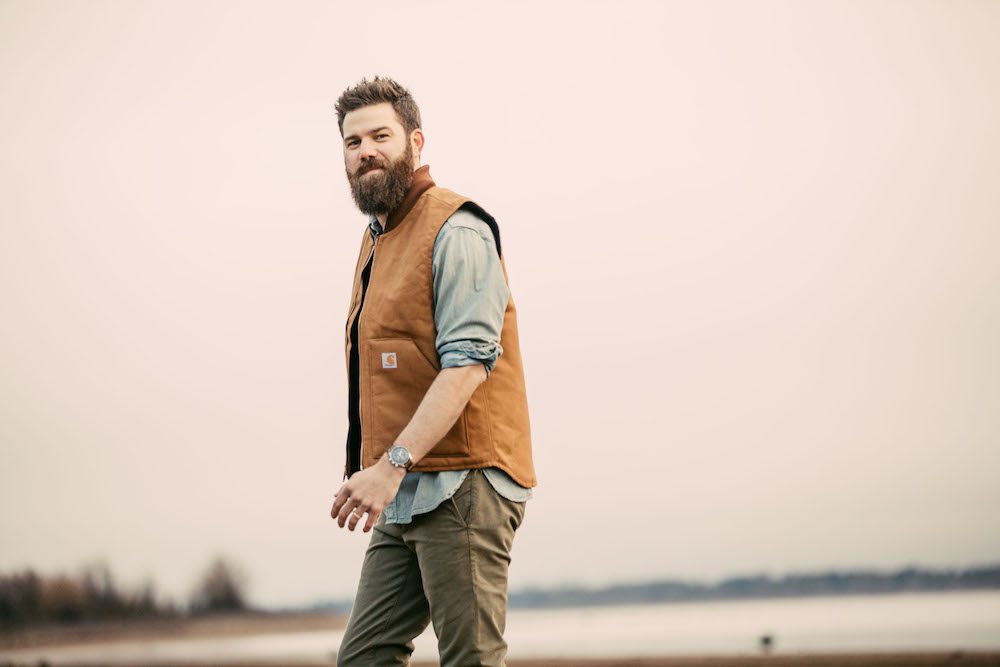 While some artists and their teams have been debating whether to delay album releases or keep them on schedule, Jordan Davis and his team at MCA Nashville decided to not only keep the release of his new self-titled EP on track—they advanced its release by three months.

“I’m in a really good spot right now, songwriting-wise. It’s not doing me any good keeping it in my inbox,” Davis says of the songs on his EP, which released Friday (May 22). “We’ve been consistently writing since we released [his 2018 full-length debut] Home State. We were planning on releasing these later in the year, but when everything shut down we knew people were probably going to want music. My team was onboard with it so we moved the release date up. We’re still on pace to put out a full album later this year,” he says.

Davis co-wrote every song on that 2018 album, a point of professional pride for an artist who originally moved to Nashville to pursue a dream of being a full-time songwriter. Davis earned his first No. 1 country radio hit in 2018, with the inescapably catchy track “Singles You Up.” The track went on to be certified 2x Platinum by the RIAA, and he followed it up with two more chart-toppers, including the Platinum-certified “Take It From Me,” and his latest No. 1 “Slow Dance in a Parking Lot.”

He continues that writing streak with credits on all six tracks of his new EP, home to some of his most personal songwriting to date, whether he’s chronicling the silver linings to his years of struggles on “Detours” or contemplating spirituality outside the walls of a church building on “Church in a Chevy”—preferring a place of worship with Texaco signs, oak trees, sunshine and two-lane roads.

“Matt had the title,” Davis recalls of crafting “Church in a Chevy” with Matt and Josh Jenkins. “He felt like it could be an important song. He told me the title and I was like, ‘Well, I actually did go to church in a Chevy.’ My mom drove a Chevy Suburban.” Davis says with a laugh.

“We had Sunday School on Sunday mornings. My mom played piano at church,” he recalls. “We’d be back on Sunday evenings and if we didn’t have baseball or other sports, we’d be there for Wednesday night service as well. Church was very…it was [centered] around the building. And I’m not saying that’s wrong, but it’s not always just in church and it’s not always on Sundays. Sometimes it’s just finding a place quiet enough to talk to God. I think God’s all around us. It could be a Chevy. It could be a lake. As I’ve gotten older, it’s become more about the relationship. And you know, I still go to church. I love my church here in Nashville. As the years have gone on, my view of God has taken on this view of someone who just loves me more than I could imagine. I feel like that’s the core of what ‘Church in a Chevy’ is about.”

For the record, he’s earned his parents’ seal of approval on the track.

“My mom teared up. She loved it,” he says. “But I think my biggest compliment came from my dad. I played it for him and he just said, ‘Welp, Jordy, you got a song there, buddy.’ That was pretty special because he loves my music, but he doesn’t always love all my songs,” he says with a chuckle. “So that was good to hear.”

If Davis is perfectly willing to be gut-level honest about his experiences and perspectives, it’s because that’s what his songwriter heroes have always done.

“My dad always had John Prine, Jim Croce, Kris Kristofferson and guys like Don Williams on in his truck,” Davis says. “Whenever we were ridin’ with Dad, he was always in control of the radio. The first time I started diving into John Prine lyrics, I was just hooked. He’s the best to ever do it. I don’t know if I’ll ever be able to write a song like Prine, but I can approach songwriting the way I think he approached it, with a lot of passion and love for it.”

He singles out Prine’s classic “Sam Stone,” which details a military veteran who becomes dependent on drugs, and the chaotic impact the addiction brings on his family.

“’Sam Stone’ is one of the saddest songs I think he has. There’s a hole in Daddy’s arm where all the money goes….That’s just heartbreaking, and at the same time, so weirdly beautiful. I’ve been going back to his work a lot right now. I think The Tree of Forgiveness is one of the best albums he ever put out. On the final song, there’s this line, When I get to heaven, I’m gonna take that wristwatch off my arm/What are you gonna do with time after you’ve bought the farm? To me, that line means completion…I’ve gotten to where I’m going and time doesn’t matter anymore. And now that he’s passed, that means even more.”

“Cool Anymore,” co-written and recorded with Julia Michaels (best known for 2017’s smash hit “Issues”), along with Emily Weisband, Nicolle Galyon and Ross Copperman, is an airy and smoldering shot of self-acceptance.

“I wrote that a while ago with Julia,” he recalls. “She’s obviously had a ton of success as a songwriter, but this was before she even started having success as an artist. Even then, I was just blown away by her talent. She’s super honest and vulnerable, and that’s what ‘Cool Anymore’ is about—just leavin’ work at work and when you come home, you can just be the person you are and kind of take the mask off. We finished the song that day and I just said, ‘I think this would be a cool duet and I’d love to record something with Julia.’ We told her to just make it hers. She changed a couple of the lyrics to make it suit her and we loved how it turned out.”

“She’s one of my favorite writers in town and her voice is just awesome. Jesse always has a great vibe, a great groove goin’. I believe Hillary threw that title out. When I first heard those two words together I wasn’t sure where they were gonna go with it. Hillary kinda started talking about past relationships, and, you know, a bunch of almost maybes that led you to where you’re at now. We were off to the races from there.”

Though “Almost Maybes” centers on taking the good from a less-than-perfect relationship, and it was written and recorded prior to the COVID-19 pandemic, Davis sees how the song is relevant to the times.

“It’s just looking back at past relationships and not just taking the negatives from them, since they didn’t work out,” Davis says. “For me it led to me findin’ my wife and now we have a six-month-old daughter. But looking back on those relationships and not thinking about them in a bad light, it’s just realizing that I learned a lot about myself. With the good and the bad, I’m a better person because of it.

“Now in quarantine, when we’ve all been confined to our homes—how are we gonna come out of this as better people? What are we going to do to better ourselves in this situation?”

Like many musicians and songwriters, Davis has been using the time to focus on songwriting.

“We’ve done some Zoom writes. To be honest, I’m not good at ‘em. It’s tough for me to really get into it, but I’m still doing it because I think it’s good to just kinda continue to work that muscle and who’s to say we won’t get something great over a Zoom write, but I thrive so much off of being in the same room and seeing where everybody’s at as far as the song and groove.

“But I’ve got a ton of half-written song ideas, just melodies and things I’ve got in my phone so that when we are able to do more in-person writes, I’ll have a pretty deep well of ideas put together.”