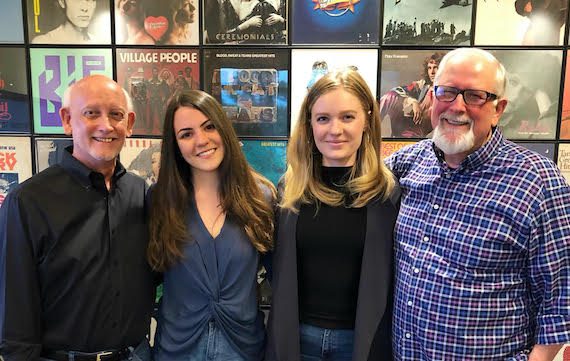 Creative Director of LBK Entertainment, Mariah Topel says, “Emma has such a gift. Her ability to convey emotions and experiences through her songwriting is really special. We’re so happy to have her as a part of the LBK family.”

LBK Creative Services Team Member Tim DuBois adds, “Emma is a natural story teller with a great sense for melodies. I’m excited to have a front row seat for this.”

Brooke adds, “My wonderful team at LBK Entertainment values authenticity, encourages my vision, and has a deep appreciation of songwriters overall. I’m so thrilled to be signed with them.”

At the age of 3, Brooke fell in love with Dolly Parton from a TV commercial. Over time that led to singing solos at school, to songwriting, and to vocal coach Zuke Smith. Smith not only helped Brooke with her vocal technique but built her confidence as a singer and a person. This began a journey that carried her into the craft of songwriting and understanding how an ear that has perfect pitch could be used to absorb the structure of music by influences ranging from Parton, Lee Ann Womack, Rihanna, Kacey Musgraves, Ariana Grande, and Taylor Swift. That raw talent and authenticity have earned her a collaborative place in rooms with award-winning songwriters including: Brett James, Marcus Hummon and Steve Bogard, just to name a few.

LBK Entertainment was founded by Carl Kornmeyer, a former 28-year leader at Gaylord Entertainment who led the company’s entertainment operations. Also on the team are former Arista Nashville and Universal South label head Tim DuBois and Topel, who previously worked at BE Music and Entertainment.