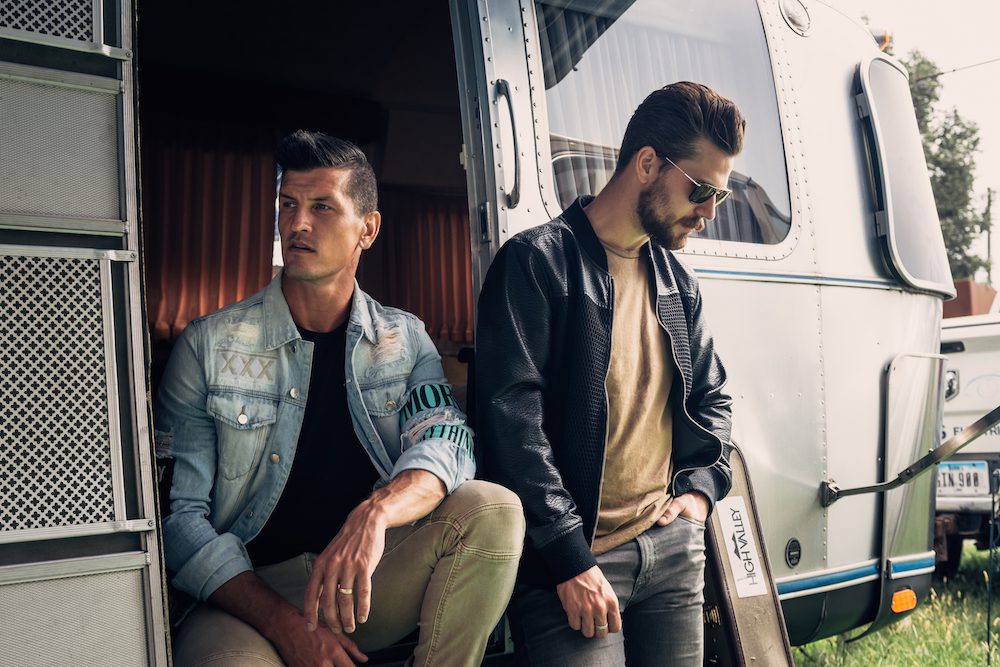 High Valley has shared some details of their upcoming EP, Grew Up On That, set for release May 22.

The new six-song project shares some universal themes of childhood, family, and love from their unique upbringing, and the duo is previewing the EP with the release of new song “River’s Still Running” that finds them looking on the bright side of things. The up-tempo tune, penned by High Valley’s Brad Rempel with Randy Montana and Corey Crowder, offers an uplifting message during difficult times.

“When we wrote this song, we had no idea about the predicament we’d be in right now,” said Brad. “But it’s pretty true that if you can look outside and see the sun still shining, see the river still running… then you know it’s going to be ok. We just have to focus on little pieces of positivity every single day.”

Also available from the EP is “Your Mama,” a message from parent to child, that pays tribute to the duo’s better halves. Written by Ben West, Josh Miller, Troy Verges and Florida Georgia Line’s Tyler Hubbard, the song is highlighted in a new video which stars the brothers as well as their wives and children and was shot at Brad’s home outside of Nashville.