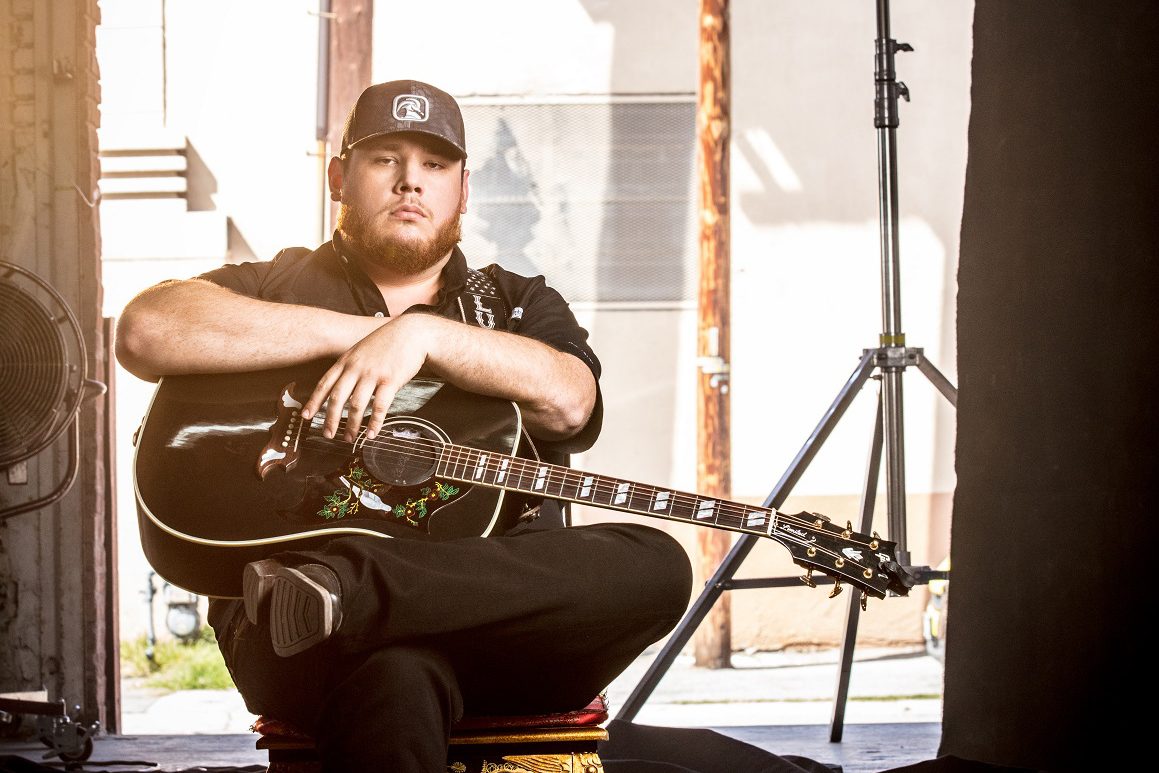 He shines a pinpoint spotlight on our current crisis with a terrific tune titled “Six Feet Apart” and nails down another Disc of the Day award.

For more uplift in these troubled times, I recommend a dose of Mags doing Dolly Parton’s “Light of a Clear Blue Morning” and Jake Owen singing “Made for You.” Feeling wistful? Check out Sam Hunt‘s “Young Once” and Brett Eldredge‘s “Gabrielle.”

BRETT ELDREDGE/Gabrielle
Writers: Eldredge/Daniel Tashian/Ian Fitchuk; Producer: Tashian/Fitchuk, Publisher: none listed; Warner Music Nashville
-Melodic and memorable. It builds from piano based simplicity to a denser, chunkier production, but Brett’s chesty vocal strength remains the focus throughout. Which is as it should be.

RACHELE LYNAE/Got It Bad
Writers: Rachele Lynae/Hannah Bethel/Jamie Good; Producer: David Dorn/Rachele Lynae; Publisher: none listed; RL (track)
– Breezy pop-country with some cool dynamics in a production that shifts from stripped down “open” verses to swirly, rushing, lush choruses. Highly listenable. This troubadour has it going on in both songwriting talent and vocal finesse

LUKE COMBS/Six Feet Apart
Writers: Luke Combs/Brent Cobb/Rob Snyder; Producers: none listed; River House Artists/Columbia Nashville
– This was on his live-feed stream last week. It is Luke’s contribution to the growing list of quarantine songs. It captures the uncertainty and discomfort of this era, but points to a future when we will hug, share concerts, go to ballgames and visit together again. “There’ll be light after dark/Someday when we aren’t/Six feet apart.” Catch Luke and Craig Morgan as the Opry’s unplugged stars this week. By the way, if you haven’t been tuning in to the Opry shows of the past six weeks, you have been missing some extraordinary music. The first was Brad/Vince/Marty, then Vince/Amy/Jenny/Corinna, Terri Clark/Lauren Alaina/Ashley McBryde, Trace/T. Graham/Jason Crabb and last week Ricky with Dailey & Vincent. Bobby Bones has been hosting. Great stuff.

MAGS/Light of a Clear Blue Morning
Writer: Dolly Parton; Producer: none listed; Publisher: Velvet Apple, BMI; Emerald Field
– All artists should cover a Dolly song, and this is one of the living legend’s best. The Irish lass kicks up the tempo and rocks the inspirational song of freedom with fantastic energy. That’s Mags’ own fiddle in the background. Great job.

SAM HUNT/Young Once
Writers: Josh Osborne/Matt Jenkins/Miller Zachary Crowell/Sam Lowry Hunt; Producer: Zach Crowell; Publishers: Warner Chappell/Sony-ATV/Universal, no performance rights listed; MCA Nashville
– I was beginning to think of this guy as a one-trick pony, but this time he has ditched the white “rapping” and “hey girl” whispering to sing and deliver a lyric that brims with youthful optimism.

MORGAN WALLEN/More Than My Hometown
Writers: Morgan Wallen/Michael Hardy/Ernest Keith Smith/Ryan Vojtesak; Producer:Joey Moi; Publisher: none listed; Big Loud
– Wallen’s “Chasin’ You” is still storming the charts, but he’s giving us another tease from his upcoming album with this rollicking and warm love song. It’s not his strongest effort, but I remain a fan.

PARMALEE & BLANCO BROWN/Just The Way
Writers: Kevin Bard/Matt Thomas/Nolan Sipe; Producer: David Fanning; Publisher: none listed; Stoney Creek
– It goes without saying that it is extremely well sung. I just wish the material was stronger. A positive, uptempo country love song, doubtless written with the mentality of country radio at the forefront.

JAKE OWEN/Made For You
Writers: Benjy Lashar Davis/Joey Hyde/Neil Medley; Producer: Joey Moi; Publisher: Sony-ATV/Kobalt, no performance rights listed; Big Loud
– Very pretty. A sweetly romantic expression from a guy who still has plenty to give us. Jake is better known for party fare, but this demonstrates his equally strong balladeer side. I don’t watch the show, but the song evidently got a boost via his performance of it on The Bachelorette.