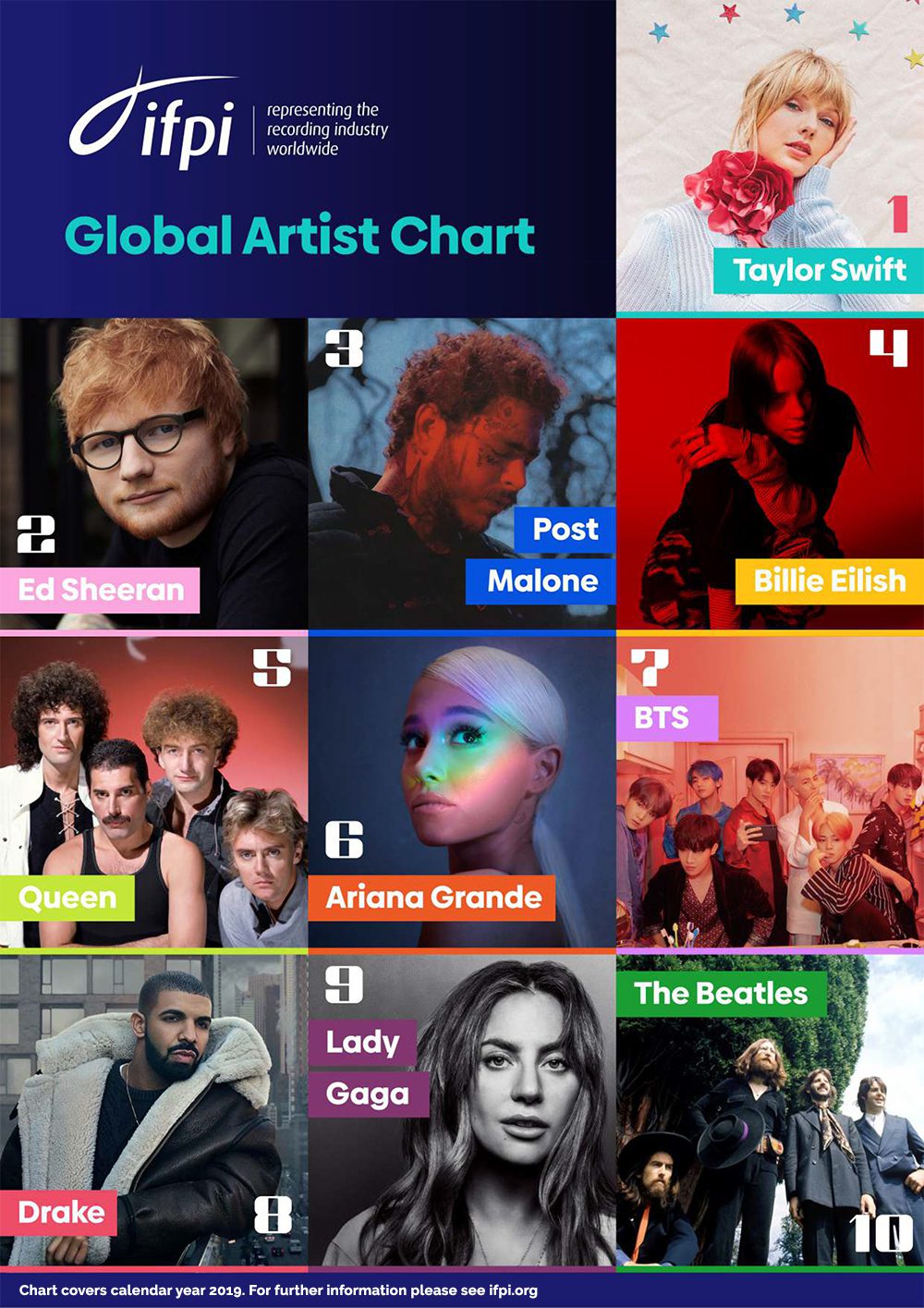 Taylor Swift has been named the world’s best-selling recording artist of 2019 by the International Federation of the Phonographic Industry (IFPI), the organization that represents the recorded music industry worldwide. This is the second time Swift has won the award, as she also received the accolade in 2014.

Swift had another hugely successful year in 2019, releasing her seventh studio album, Lover, in August. The album debuted at No. 1 in more than 10 countries and reached three million album equivalent sales worldwide by the end of its first week of release. Three singles were released from the album last year, including “ME!” featuring Brendon Urie of Panic! at the Disco, “You Need To Calm Down,” and the title track, “Lover.” “ME!”opened at number one on the global Spotify charts.

“Taylor Swift is the epitome of a truly global star,” said Frances Moore, chief executive of IFPI. “She continues to grow as an artist and maintains an incredibly strong connection with her fanbase, whilst continuing to evolve her sound with each album. It is a pleasure to be able to present her with the Global Recording Artist of the Year award for the second time.”

Swift is the recipient of the seventh IFPI Global Recording Artist of the Year Award, which reflects an artist’s worldwide success across digital and physical music formats, from streams to vinyl. Previous recipients of this prestigious award also include One Direction (2013), Adele (2015), Drake (2016 & 2018) and Ed Sheeran (2017).

The IFPI Global Recording Artist of the Year Award and Top 10 chart measures consumption across all formats (including streaming channels, digital and physical album and singles sales) and all countries. It is weighted based on the relative value of each method of consumption.