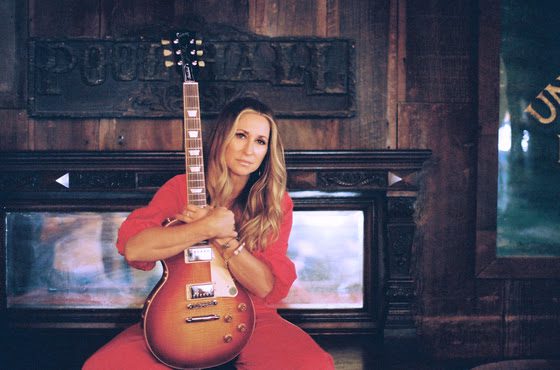 Heidi Newfield is releasing a new album The Barfly Sessions on June 5. The collection was co-produced by Newfield with Jim “Moose” Brown, who, in addition to being a hit songwriter and producer, is known for playing Hammond B3, guitar and is the band leader of Bob Seger’s Silver Bullet Band.

“It’s inspiring to see an artist who’s had the kind of success she’s had be so determined to push new musical boundaries and get outside of her comfort zone,” Brown says. “Heidi and I have been friends for many years and I’ve always been a fan of her music, but I really had no clue as to the depth of her musicianship, songwriting, and general bad-assery until now. She is a deep mix of old school country, Texas twang, blues and straight-up soul, and she absolutely delivers the goods on this record.”

One track she didn’t write, “Blues Is My Business,” is a standout, especially to its writer, Kevin Bowe, who says, “I’ve heard many, many versions … from Etta James to the old bar-band down the street … but no one owns this song like Heidi Newfield. Her combination of big-hearted soul and an even bigger middle finger gave this song exactly what it wanted. Having the legendary Delbert McClinton join Heidi was better than having the cherry on top — more like the spicy BBQ sauce, the perfect combination and flavor.”