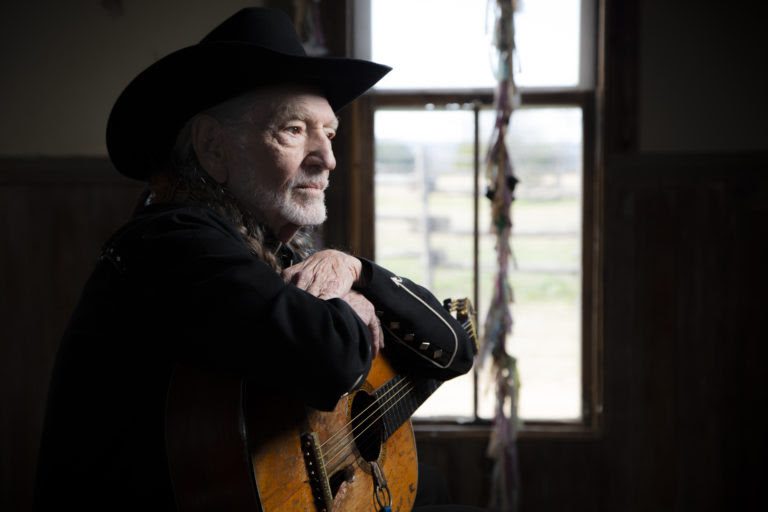 In a DisClaimer first, the tie for the Disc of the Day award is a father and son. That would be Willie Nelson and his boy Lukas Nelson.

There are also two DisCovery Award winners in this stack of Americana platters. They are singer-songwriters Sarah Peacock and Van Darien. Heed them both.

LUKAS NELSON & PROMISE OF THE REAL/Couldn’t Break Your Heart
Writer: Lukas Nelson; Producer: John Alga and Promise of the Real; Publisher: none listed; Fantasy
– Audio ecstasy. The band is super tight, rolling along with a steady thump, some echoey atmosphere and high, keening electric and steel notes. Lukas rides atop the enchanting production with a plaintive, spot-on vocal of heart, head and soul. This is a foretaste of the act’s collection Naked Garden, which drops a week from Friday (3/27).

WILLIE NELSON/Our Song
Writer: Chris Stapleton; Producer: none listed; Publisher: none listed; Legacy
-This soft, meditative ballad completely envelopes you with its intimacy and warmth. A simple, gentle production, Willie’s guitar and an almost whispered vocal cuddle up next to you like loved ones. I swooned over this. The track comes from his forthcoming 70th (!) album, First Rose of Spring. It is due April 24, and Willie turns 87 five days later. May I remind you that he has won Grammy Awards the past two years in a row? The man is still at the top of his game.

THE SECRET SISTERS/Late Bloomer
Writers: Laura and Lydia Rogers; Producers: Brandi Carlile, Tim Hanseroth, Phil Hanseroth; Publisher: none listed; New West
– Languid and folkie, this has a certain simple charm. But it is a little too pristine and pretty for my taste.

DARIN & BROOKE ALDRIDGE/Emmylou
Writer: Soderberg; Producers: Darin Alridge/Mark Fain; Publisher: none listed; Rounder
– Brooke possesses one of the most gripping voices in all of country music, and Darin’s harmony work tugs at every heart string. Their little falsetto leaps in this enchanting song tickle the ears at every turn. This lovable couple is marketed as bluegrass, but their appeal is so much broader than that. Every music lover on earth needs to hear the magic that they make. And, yes, I did pen the liner notes for their exquisite current CD.

BOBBY BARE/The Day All The Yes Men Said No
Writers: Shel Silverstein; Producer: none listed; Publisher: none listed; BB
-Let’s face it, the wry, dry Bare and the wry, dry and high Silverstein were made for each other. The Nashville Songwriters Hall of Fame member (1930-1999) wrote hits for Loretta Lynn, Johnny Cash, Dr. Hook, Brenda Lee, Dave & Sugar, Waylon Jennings, The Irish Rovers, Jerry Lee Lewis and more. But his collaborations with Bare have always been special events.

SARAH PEACOCK/Burn The Witch
Writers: Sheena Brook/Sarah Peacock; Producer: Shawn Byrne; Publisher: none listed; Road Dog
– The rumbling bass undertow, heartbeat cello and mysterious atmosphere are perfect for her haunting soprano delivery of this poetic, evocative saga. This Music City troubadour is cool and different, and I fell for her at once. Think about the wail and passion of the Jefferson Airplane’s Grace Slick mixed with the dark, magical swirl of Stevie Nicks and you’ll be in the general vicinity. Elsewhere on her Burn the Witch CD, she’s a folk-pop diva with plenty to say.

WEBB WILDER/Night Without Love
Writer: R.S. Field; Producers: Webb Wilder/George Bradfute; Publisher: Sharp Circle/ASCAP; Landslide
– This great Music City rock showman is back with a romping, thoroughly Americana collection that includes slabs of sound penned by the likes of Russell Smith, Los Lobos and Chip Taylor, not to mention six of his own individualistic concoctions. The title tune is a light-hearted skip through a countrified ditty, complete with steel guitar. Don’s worry, the CD has a bluesy take on “Hi Heel Sneakers,” too.

VAN DARIEN/Levee
Writers: Van Darien/Ryan Michael; Producer: Steven Cooper/J.D. Tiner; Publisher: none listed; Mechanical Heart
– I dig her throaty alto as well as her evocative lyrics. This is the atmospheric title tune of a collection that sends repeated waves of liquid sound over you. This Texas-to-Tennessee transplant is essentially an introspective folk-flavored troubadour with a healthy dose of deep soul. Start your welcome-to-Nashville applause right now, because this is one of the most promising debut discs I’ve heard this year.