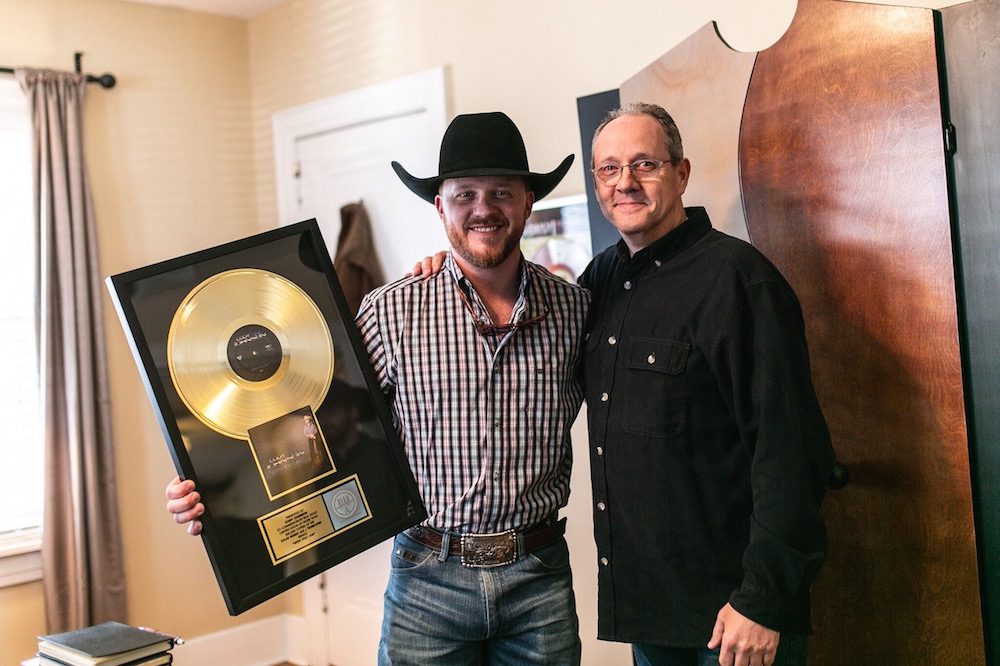 Cody Johnson, who is a current ACM New Male Artist of the Year nominee ahead of the upcoming Academy of Country Music Awards, is celebrating Gold status from the Recording Industry Association of America (RIAA).

Johnson’s song “With You I Am” —which he released independently, before striking a joint venture deal between his own COJO Music and major label Warner Music Nashville in 2018— has earned the download and streaming equivalent of 500,000 units. The track was the lead single from his 2016 album Gotta Be Me, which he released on COJO Music and distributed via TuneCore. Though Johnson released the single and album without a national radio campaign, Gotta Be Me landed at No. 2 on Billboard’s Top Country Albums chart.

His first album released via COJO Music/Warner Music Nashville, Ain’t Nothin’ To It, earned Johnson his first No. 1 album on the country albums chart. The album produced the 2018 single “On My Way To You,” which has been certified Platinum by the RIAA.

He is currently opening for Miranda Lambert’s headlining tour, in addition to his own sold-out gigs.