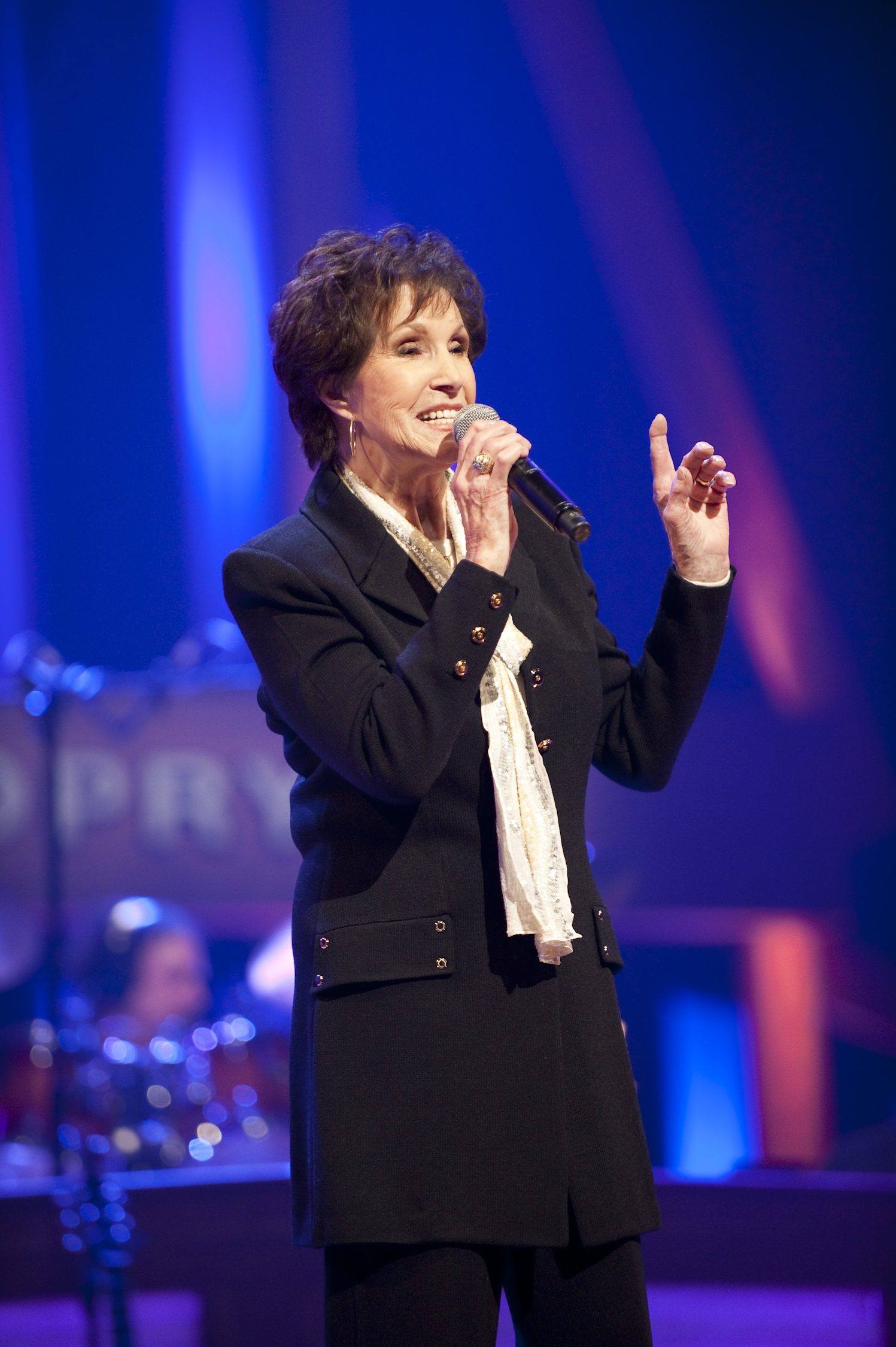 Singer-songwriter Jan Howard, known as one of “The Grand Ladies of the Grand Ole Opry,” has passed away at age 91.

In addition, Howard logged a number of years as an “honorary” member of Mother Maybelle & The Carter Sisters. In this capacity, she can be clearly heard warbling, “Mama sang tenor” on the memorable 1969 Johnny Cash hit “Daddy Sang Bass.”

She also authored one of country music’s most compelling autobiographies, Sunshine and Shadow (1987). She said that she wrote it as therapy when she became suicidal. That is understandable: Howard had much trauma to heal via the book. Her saga included rape, spousal abuse, bigamy, poverty, war fatality, infidelity, divorce, suicide, financial ruin and mental illness.

She was born Lula Grace Johnson in 1930, the eighth of the 11 children of an impoverished farm couple during the Great Depression. Raised near West Plains, MO, she was enthralled by Grand Ole Opry radio broadcasts as a girl and fantasized about being a country singer.

Howard recalled being raped at age 8 by one of her father’s friends. She kept it a secret from her family. She dropped out of school to marry at age 16. Her husband beat her viciously and tried to kill her. She fled with their three sons and had a nervous breakdown. Following her 1953 divorce, she wed a military man who turned out to be already married. This time, she and her boys got on a bus headed for California.

On the West Coast, she met and married aspiring songwriter Harlan Howard (1927-2002) in 1957. After two miscarriages, she had a hysterectomy at age 27. During her recovery, Harlan heard her singing as she washed dishes one evening. Painfully shy, it was one of the first times she had ever sung in front of someone.

Harlan was so excited by his discovery that he taped Jan singing his song “Mommy For a Day” and sent the result to Nashville. Kitty Wells had a hit with the song in 1958. Jan was soon constantly in the studio recording demos of her husband’s tunes.

Harlan believed that his wife could record hits, herself. When she signed with Challenge Records, the label changed “Grace” to “Jan.” She recorded Harlan’s “Pick Me Up on Your Way Down” and “I Wish I Could Fall in Love Today” in 1958-59. Both later became country standards.

During these early years, she and influential West Coast honky-tonk star Wynn Stewart (1934-1985) recorded their duets. Jan scored her first solo hit with Harlan’s “The One You Slip Around With” in 1960.

The Howards moved to Nashville later that year. Despite chart success for her as a singer and for him as a writer, anxiety plagued Jan Howard. She developed phobias of heights, open spaces and the dark, as well as crippling stage fright. Harlan institutionalized her, and she went into therapy.

Because of her hit, Jan began getting calls to do guest appearances on the Opry. The show’s Jean Shepard (1933-2016), Skeeter Davis (1931-2004) and, especially, Patsy Cline (1932-1963) welcomed, comforted and befriended her. Jan sang Harlan’s song demos that became Patsy’s records, including “I Fall to Pieces,” “When I Get Through With You,” “That’s When Your Heartache Begins,” “You Took Him Off My Hands” and “He Called Me Baby.”

Patsy Cline recorded for Decca Records. The label’s Owen Bradley (1915-1998) was impressed with Jan’s demos. He signed her to a Nashville recording contract and became her producer. Bradley was an architect of a style of country recording known as The Nashville Sound.

Unlike most of her ballad-singing contemporaries, Jan’s version of The Nashville Sound featured up-tempo tunes. She brought brass and sass to the style. Despite her chronic inner doubts, insecurities and fears, she frequently expressed assertiveness, self-confidence and spunk in her recorded performances.

She and Anderson co-wrote their hit 1971 duet “Dis-Satisfied,” as well as Connie Smith’s 1970 hit “I Never Once Stopped Loving You.” Her songs “Ring the Bells for Jim” and “Christmas As I Knew It” were recorded by Johnny Cash. She wrote “Wherever You Are,” for Jean Shepard. She wrote songs recorded by Conway Twitty, The Osborne Brothers, Tammy Wynette and others.

Jan also wrote 1968’s “My Son,” a moving recitation that began as a letter to her son serving in Vietnam. Despite her reservations, Anderson insisted she record it. She wept throughout the recording session. This mother’s plea for the safe return of her boy was on the market for just two weeks when Jan’s son Jimmy was killed in the war.

During her mourning, Jan got more than 5,000 letters from soldiers and their parents, saying how much the Grammy-nominated single meant to them. She was never able to perform it live. 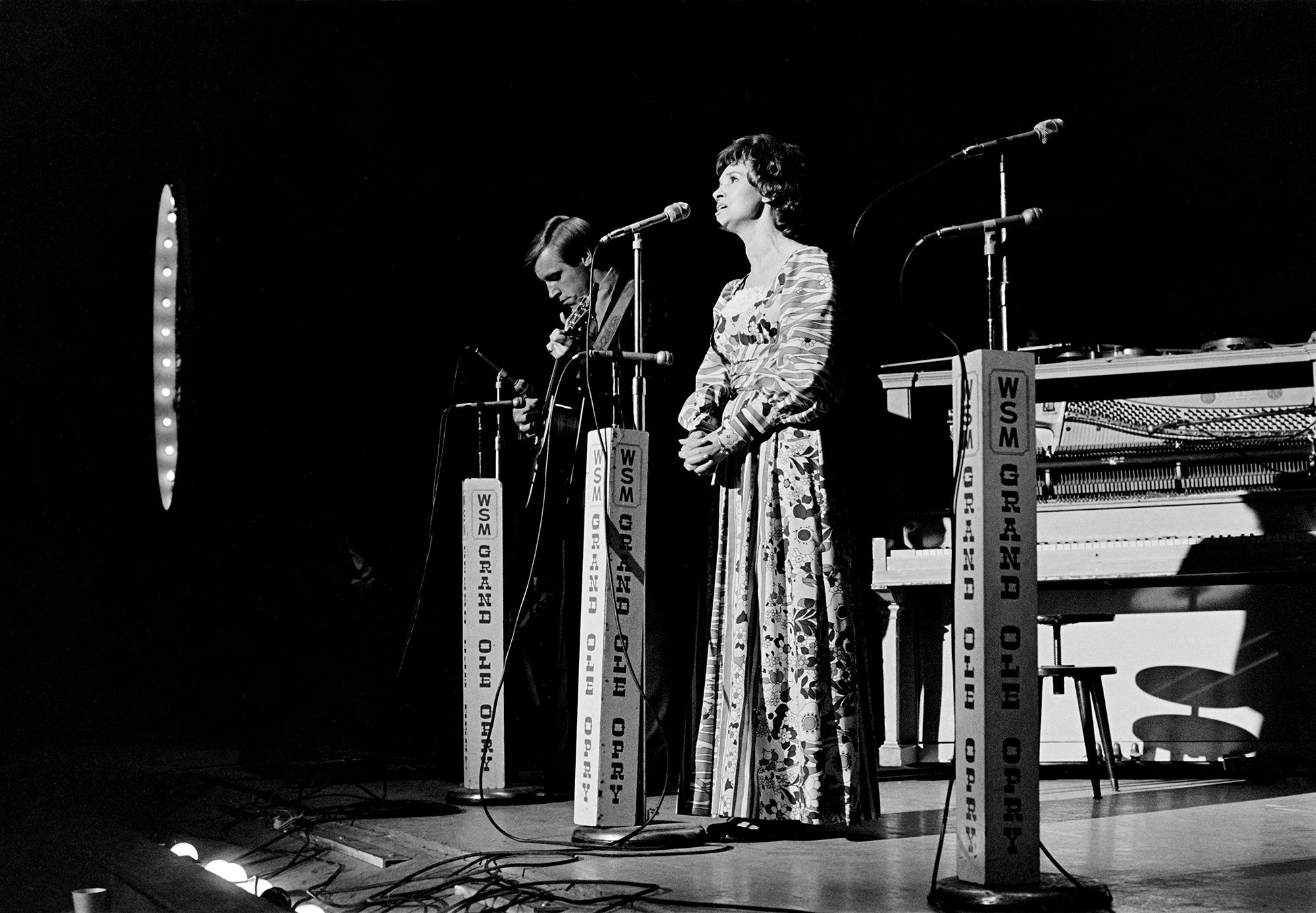 Four years later, her youngest son David committed suicide at age 21. A singer, dancer and actor, he had been a performer at the Opryland theme park.
June Carter (1929-2003) and Johnny Cash (1932-2003) helped the devastated Jan to cope with her losses by taking her on the road with them. She also sang backup on such Cash hits as “Ghost Riders In the Sky,” “Gone Girl” and “I Will Rock and Roll With You,” as well as “Daddy Sang Bass.”

Next, Tammy Wynette (1942-1998) hired Jan in 1980 to become a member of her ensemble as a backup singer. This troupe toured internationally, and the two women remained close thereafter.

Jan Howard’s 1987 autobiography was/is a testament to the survival of the human spirit in the face of overwhelming tragedy. She always maintained that it wasn’t a show-business book. Rather, she viewed it as the story of a woman who endured despite adversity.

In the 1990s and 2000s, Jan became ever more active in veterans’ issues. She campaigned for the establishment of the Vietnam War Memorial in Washington D.C. and has been a spokesperson for the Veteran’s Administration and for several Armed Forces charities.

During her recording career, Jan Howard placed 30 titles on the country hit parade. She issued 15 albums between 1960 and 1986. She became a Grand Ole Opry cast member in 1971. Her trumpet-like tones were a fixture on the Opry stage for more than four decades thereafter. Along with Jean Shepard, Connie Smith and Jeannie Seely, Jan Howard was dubbed one of “The Grand Ladies of the Grand Ole Opry” during her later years.

She is survived by one of her three sons, Carter A. Howard and his wife Pamela, two grandchildren, Mitsi H. Lindsay (Keith), Anita H. Simpson (Travis), and three great-grandchildren, Cole, Alli and Charlie.