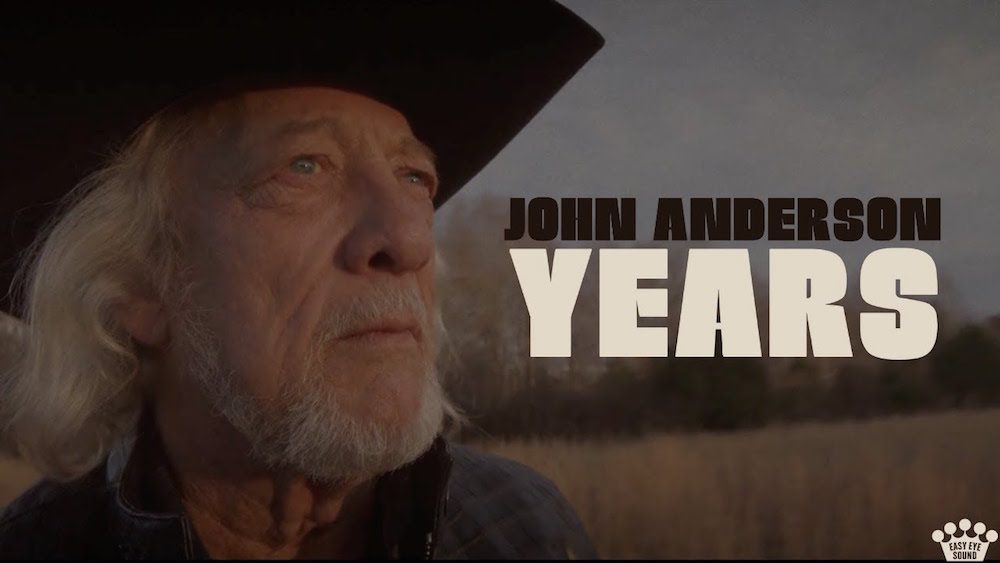 It’s “welcome home” to an old buddy this week.

Nashville Songwriters Hall of Fame member John Anderson has teamed up with Mr. Black Keys, Dan Auerbach, plus superstar Blake Shelton. The result is country-music nirvana. Give this man this week’s Disc of the Day award.

Anderson’s runners up represent two opposite wings of the country sound. Nathan Stanley clings to tradition with his effort, while Cam is pushing the pop side of things.

The DisCovery Award goes to MacKenzie Porter. She sounds like a comer, to me.

JEFF BATES/If I Get Drunk Tonight
Writers: none listed; Producer: none listed; Publisher: none listed; Skydancer
-Dark and dramatic. On this ballad, he wonders if he can obliterate her memory with whiskey. If only it weren’t taken quite so s-l-o-w-l-y.

KALIE SHORR/Escape
Writers: Candi Carpenter/Kalie Shorr; Producer: Shorr; Publisher: none listed; KS
– Strikingly mature. In the video, she sits alone on a road case, reminiscing. Intercut home-movie footage of her with her older sister lends a sadly nostalgic tone. The lyric is a touching ode to getting away from your roots, and the video adds the layer of a life cut short by drug abuse. Well written. Well sung. Well done.

JOHN ANDERSON & BLAKE SHELTON/Tuesday I’ll Be Gone
Writers: John Anderson/Dan Auerbach/David Ferguson; Producers: Dan Auerbach/David Ferguson; Publisher: none listed; Easy Eye Sound
-Anderson’s comeback was nearly scuttled by a health crisis. But he survived. This splendid thumper finds him in fine voice, as distinctive as ever. Shelton chimes in, but this is the legend’s show all the way. Shower this man with praise and glory.

INGRID ANDRESS/Life of the Party
Writer: none listed; Producer: none listed; Publisher: none listed; Warner Music
– The title is ironic, since her heart is fully broken. The verses meander a bit, but the choruses bring the song home with oomph. The power in the echoey production is a plus, too.

TYLER FARR/Only Truck In Town
Writers: Ben Hayslip/Deric Ruttan/Josh Thompson; Producers: Jason Aldean/Kurt Allison/Tully Kennedy; Publisher: none listed; Night Train
– Farr’s return is as the flagship artist on Jason Aldean’s new label, Night Train Records. The song is a slow-burn celebration of his hot girlfriend, because, “She makes me feel like I’m the only truck in town.” There’s a screaming rock-guitar solo in the middle of it.

CAM/Till There’s Nothing Left
Writers: Cam/Tyler Johnson/Jeff Bhasker/Hillary Lindsey; Producers: Tyler Johnson/Jeff Bhasker; RCA
– I dig her a lot, and there’s no denying the fabulously layered production and overall sonic splendor of this. Still, as gorgeous as it is, it definitely pushes on the outer boundaries of “country.” Is she in the right format?

WALKER MONTGOMERY/Like My Daddy Done It
Writer: Dallas Davidson; Producer: Davidson; Publisher: none listed; Play It Again
– He’s the son of John Michael Montgomery and the nephew of Eddie Montgomery. He’s good looking, and he sings well. Give him a shot.

MACKENZIE PORTER/Seeing Other People
Writers: jason Afable/Emily Falvey/Matt McGinn; Producer: Joey Moi; Publisher: none listed; Big Loud
– This winsome Canadian is touring with Chris Lane and Brad Paisley. She is already award-nominated in her homeland, and this commercial ditty should up her profile, stateside. It’s about the gut-wrenching experience of seeing your ex with somebody else. Her soft soprano is backed by an atmospheric, wafting track with plenty of “air.” In a word, promising.

NATHAN STANLEY/That’s How I Got To Memphis
Writers: Tom T. Hall; Producers: none listed; Publisher: none listed; Orchard
– He’s the grandson of Ralph Stanley, but don’t expect a high, lonesome, Appalachian vocalist. Nathan is just as influenced by Nashville honky tonkers as he is bluegrass folks. That is very much in evidence on this outstanding cover of a Tom T. Hall classic. He sings it with enormous heart and soul, and the backing is replete with steel guitar and deep-bass twang. This is country music as it was meant to be sung.