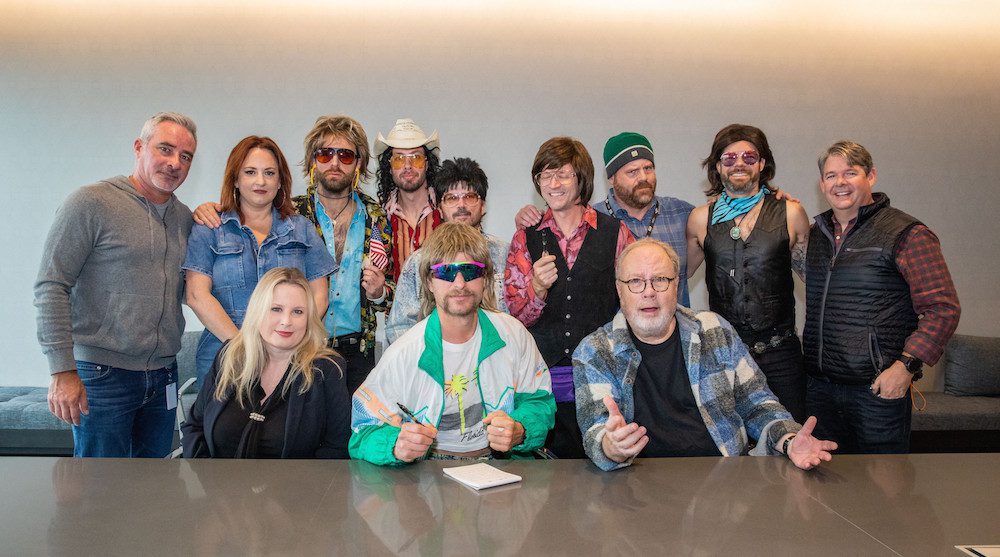 “Some artists out there tried to put the ‘O’ back in country, that was a thing for a while…. but what it’s really missing is the ‘T,’” band leader Douglas (“Doug”) Douglason said. “Country music has Low-T right now…it could use a pick me up, if you know what I mean. Those record label people over at Universal finally realized that only the Knights could be up to a task this big and hard.”

The group debuted in 2015 with a performance at Nashville’s Country Radio Seminar and has since opened for Bentley’s own concerts, offering cover versions of ’90s country classics from Alan Jackson, Tracy Lawrence, and more. Hot Country Knights recently made a stop at the Universal Music Group Nashville offices to celebrate the signing.