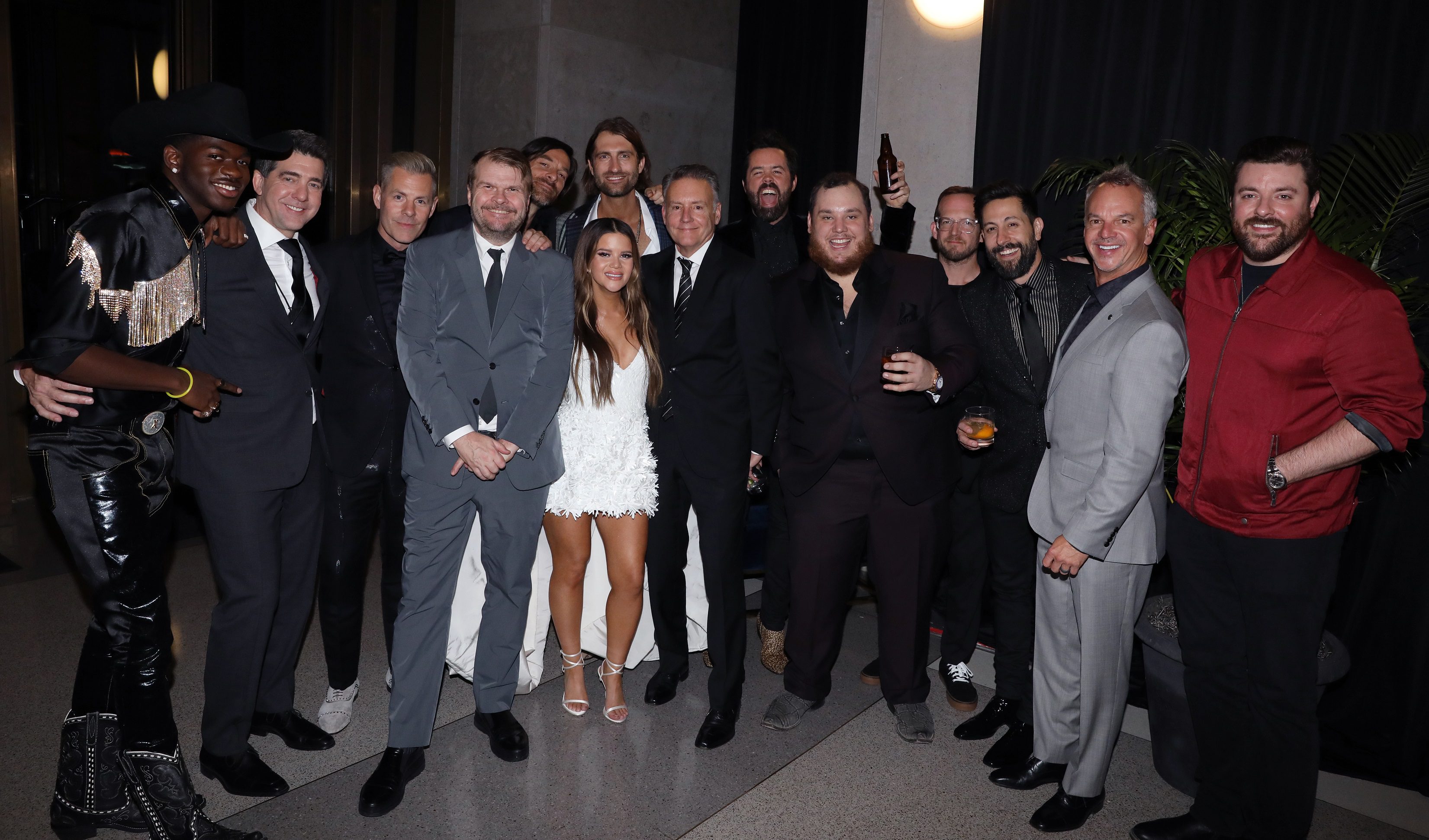 Luke Combs was named Male Vocalist of the Year for the first time, and also took home Song of the Year for his triple Platinum-certified, multi-week No. 1 hit “Beautiful Crazy” (co-written with Wyatt Durrette and Rob Williford). Combs took the stage performing his recent No. 1 hit “Beer Never Broke My Heart” and kicked off CMA morning by performing his current single “Even Though I’m Leaving” and “What You See Is What You Get,” the title track from his just-released album, on ABC’s Good Morning America.

Lil Nas X was an early winner in the day, getting the trophy for Musical Event of the Year for his record-breaking smash “Old Town Road (Remix)” featuring Billy Ray Cyrus, which was announced live on GMA.

Maren Morris won her first Album of the Year trophy for her history-making sophomore LP GIRL, which she also produced with Greg Kurstin and busbee. Morris helped open the show, performing alongside some of country’s most legendary female vocalists, including show co-hosts Carrie Underwood, Reba McEntire, and Dolly Parton. She later performed her No. 1 smash “GIRL.”

Old Dominion were named Vocal Group of the Year for the second consecutive time and performed their current Top 3 single “One Man Band.”

Miranda Lambert treated the crowd to her new single “It All Comes Out in the Wash” while Brooks & Dunn gave a fiery rendition of “Hard Workin’ Man” featuring Brothers Osborne.