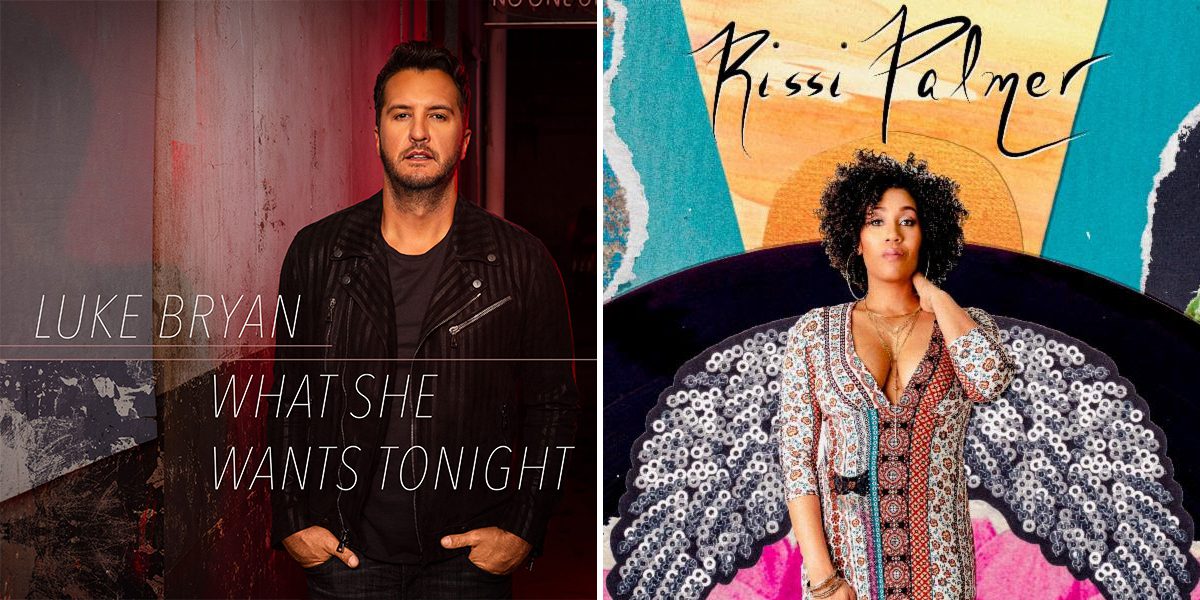 Today, we’re visiting with some of our old country-music buddies.

The Disc of the Day is a toss-up between Rissi Palmer and Luke Bryan. Both of them deserve your audio attention at once.

We have no newcomers to the column today, but both Rissi and Dallas Remington are making just their second appearances, so welcome them both with open arms.

MITCHELL TENPENNY & SEAFORTH/Anything She Says
Writers: Mitchell Tenpenny/Tom Jordan/Mitch Thompson/Andy Albert/Jordan Schmidt; Producer: none listed; Publishers: none listed; Riser House/Columbia
– Gently bopping with a white-guy r&b vibe, this has nicely contrasting lead vocals and a steady, bob-your-head rhythm groove. I can hear how the not-too-country kiddies would dig it.

SHANE OWENS/Hard Luck Girl
Writers: none listed; Producer: none listed; Publisher: none listed; Amerimonte
– It’s a toe-tapping honky tonker that’s bound to bring a smile of recognition to anyone nursing a beer and a busted heart. Also, there’s just the right revenge-touch of “payback’s a b*tch.” With this guy, real country music never goes out of style.

CARRIE UNDERWOOD/Drinking Alone
Writers: Brett James/Carrie Underwood/David Garcia; Producers: Carrie Underwood/David Garcia; Publishers: Warner Chappell/Capitol Christian Music Group
– She’s not looking for a pick-up. She just wants to be drinking alone, together, in a misery-loves-company kinda way. The fourth single from Cry Pretty is a slow jam, but she’s still hitting that vocal “money note” every chance she gets.

EXILE/16 Tons
Writer: Merle Travis; Producer: Exile; Publisher: none listed; Big Horse (track)
– The new double album is called The Garage Tapes. So this is the reunited band, jamming live on what sound like demos in an echoey garage. But you know what? It all comes across kinda cool, especially this homey, funky revival of a Tennessee Ernie Ford 1955 country classic. I dig it.

SHENANDOAH & CHARLIE DANIELS/Freebird in the Wind
Writers: Nelson Blanchard/Scott Inness; Producer: none listed; Publisher: none listed; Shenandoah
– Charlie recites a poem visible at Ronnie Van Zant’s gravesite to begin this Lynyrd Skynyrd tribute ballad. The band apes the Southern-rock idiom instrumentally while lead singer Marty Raybon pleads a lyric that recalls the 1977 plane crash that claimed Skynyrd bandmembers’ lives. There’s an accompanying video with vintage Skynyrd performance footage, B-roll of the band on board the fateful plane and some somewhat ghoulish shots of the crashed aircraft.

AUBRIE SELLERS/Worried Mind
Writers: none listed; Producers: Aubrie Sellers & Frank Liddell; Publishers: none listed; Soundly Music
– As before, her country-as-grits vocal contrasts strikingly with a garage-rock backing band. This time, the anxiety in the lyric matches perfectly with the discordant electric guitar. She’s one of a kind, and more power to her.

LUKE BRYAN/What She Wants Tonight
Writers: Luke Bryan/Ross Copperman/Hillary Lindsey/Jon Nite; Producers: Jeff Stevens/Jody Stevens; Publishers: none listed; Capitol/UMG
– Hot, hot, hot. This is one of the most overtly sexual country singles in recent memory. The throbbing track steams as warmly as the lyric. He’s coming off yet another No. 1 hit, and I think I just heard another.