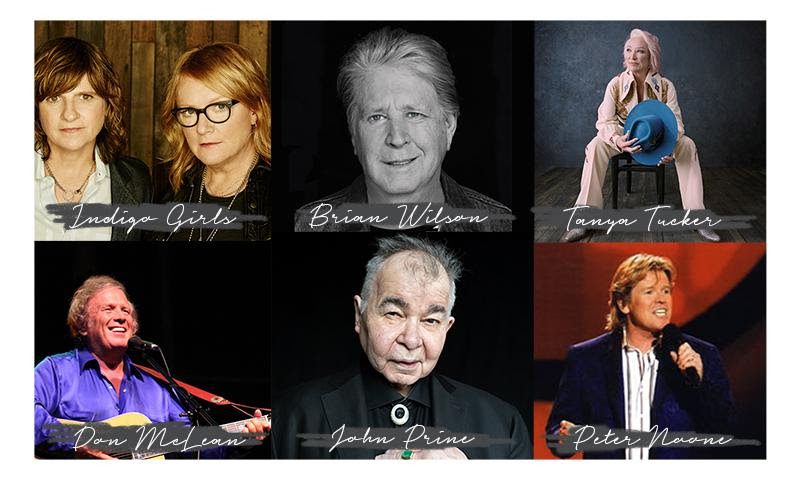 The beach towns along Highway 30A on the Gulf of Mexico feature 30 venues presenting over 200 songwriters and 250 solo, band and in-the-round performances throughout the weekend of January 17 – 20, 2020. The 30A Songwriters Festival production team transforms amphitheaters, town halls, restaurants, theaters, bars and covered patios into unique music venues ranging in capacity from 75 to 750 seats indoors and 6,000 outdoors.

“Let me summarize what the 2020 30A Songwriters Festival is all about,” says Russell Carter, President of RCAM and festival co-producer. “It’s about great songs—‘God Only Knows,’ ‘American Pie,’ ‘Closer To Fine,’ ‘Angel From Montgomery,’ ‘Delta Dawn,’ ‘Puff the Magic Dragon,’ ‘Good Vibrations,’ ‘Closing Time’— just to touch the surface. There is a calm along 30A early in the third week of January, a typically quiet time in the resort town. By the week’s end, an explosion of music, food, wine and spirits combine to create an indescribable, sustained vibe as 200 musicians gather to perform for the multitude of fans throughout the weekend.”

“The 30A Songwriters Festival is a beloved and anticipated tradition for locals and visitors to South Walton and a major source of funding for the Cultural Arts Alliance,” says Cultural Arts Alliance of Walton County Executive Director and Festival Co-Producer Jennifer Steele. “The Festival fulfills the CAA’s vision for creative placemaking, establishing the area as a home for rich and rewarding cultural entertainment and experiences. We are so proud to be able to bring it to life each year and grateful the event allows us to fulfill our mission to advance the arts in our community.”

Click here for tickets and more information about the 30A Songwriters Festival.