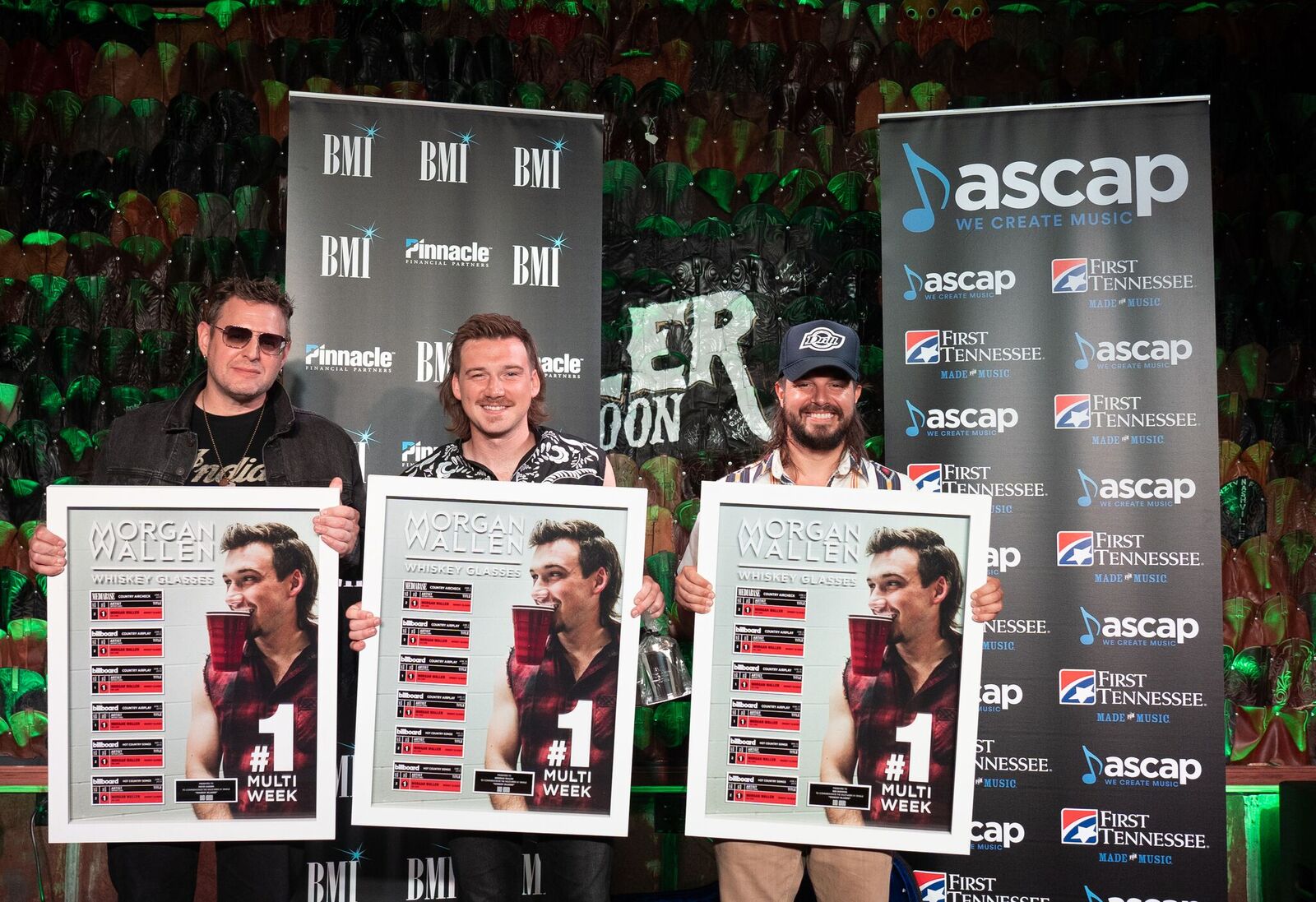 Big Loud Records artist Morgan Wallen celebrated the success of his second No. 1 single and three-week chart-topper “Whiskey Glasses,” during a party at Nashville’s The Sutler Saloon on Monday (July 29).

“It’s worth pointing out not only the quality of the song, but how hard Big Loud worked to get this song up there. In this format, it’s really hard to keep a song at No. 1 longer than a week, so for them to keep it for three weeks just shows the quality of the song and how hard they were willing to work,” BMI’s Josh Tomlinson said.

The single follows Wallen’s Platinum-certified debut single “Up Down.”

“This is a special day for me,” Wallen said. “I have to give so much credit to my family. They’ve always made every sacrifice. I don’t know if that’s because God let them see something in me that I never saw, but huge shout out to my family. And to Big Loud for believing in me from the day I walked in the door. I remember playing a few mediocre songs fro them, but I felt a connection and they believed in me, and what I was trying to do. I don’t feel like I work for a company, I work with my friends.” 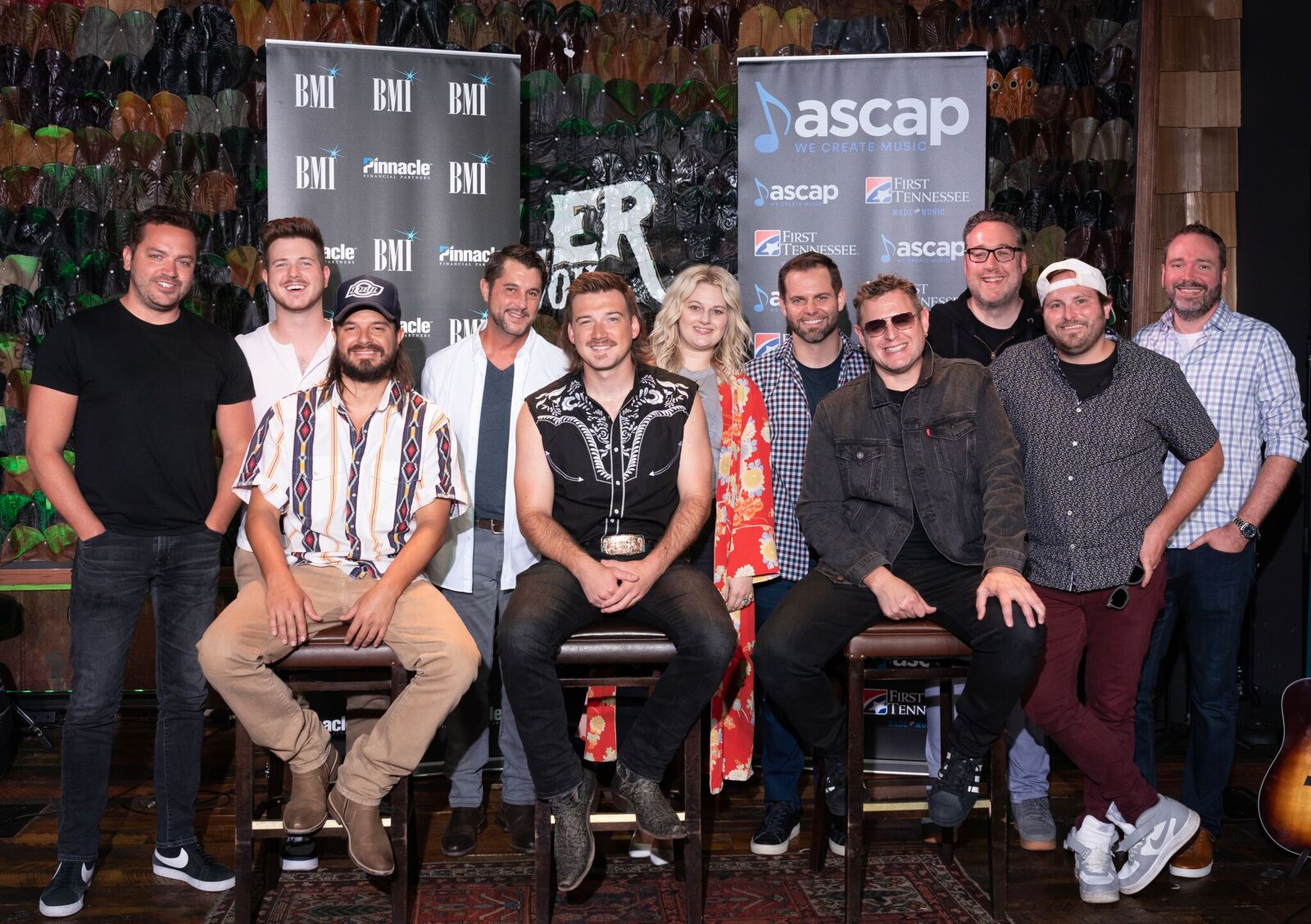 “The first time I met Ben was at a write,” Wallen said of Burgess. “I was like, ‘Man, this guy has lost his mind and I want to hang out.’ We’ve been boys since we met. You are a special person not only as a creator but also a friend. Kevin and I don’t know each other that well, but your talent and passion for what you do is obvious. I appreciate you letting me be a part of this song.”

Kadish, who is well known for penning hits including Meghan Trainor’s smash “All About That Bass,” celebrated his very first No. 1 country song.

“Whiskey Glasses” is from Wallen’s debut project If I Know Me, which was produced by Joey Moi and has been a mainstay in the Top 5 best-selling country albums in recent weeks.

“I can’t really put it into words but I’m going to, Burgess said. “To everyone with a dream and a vision and a goal. You are going to hear no a million times and then you are going to hear it another million times. I feel like I’m proof right now, and Mo, and Kadish, no matter how many times they say it, it only takes one yes and a prayer. I don’t want anyone to give up or to feel like their songs aren’t as good as ‘Whiskey Glasses,’ because they are. I believe in y’all. To all the underdogs in the room…” 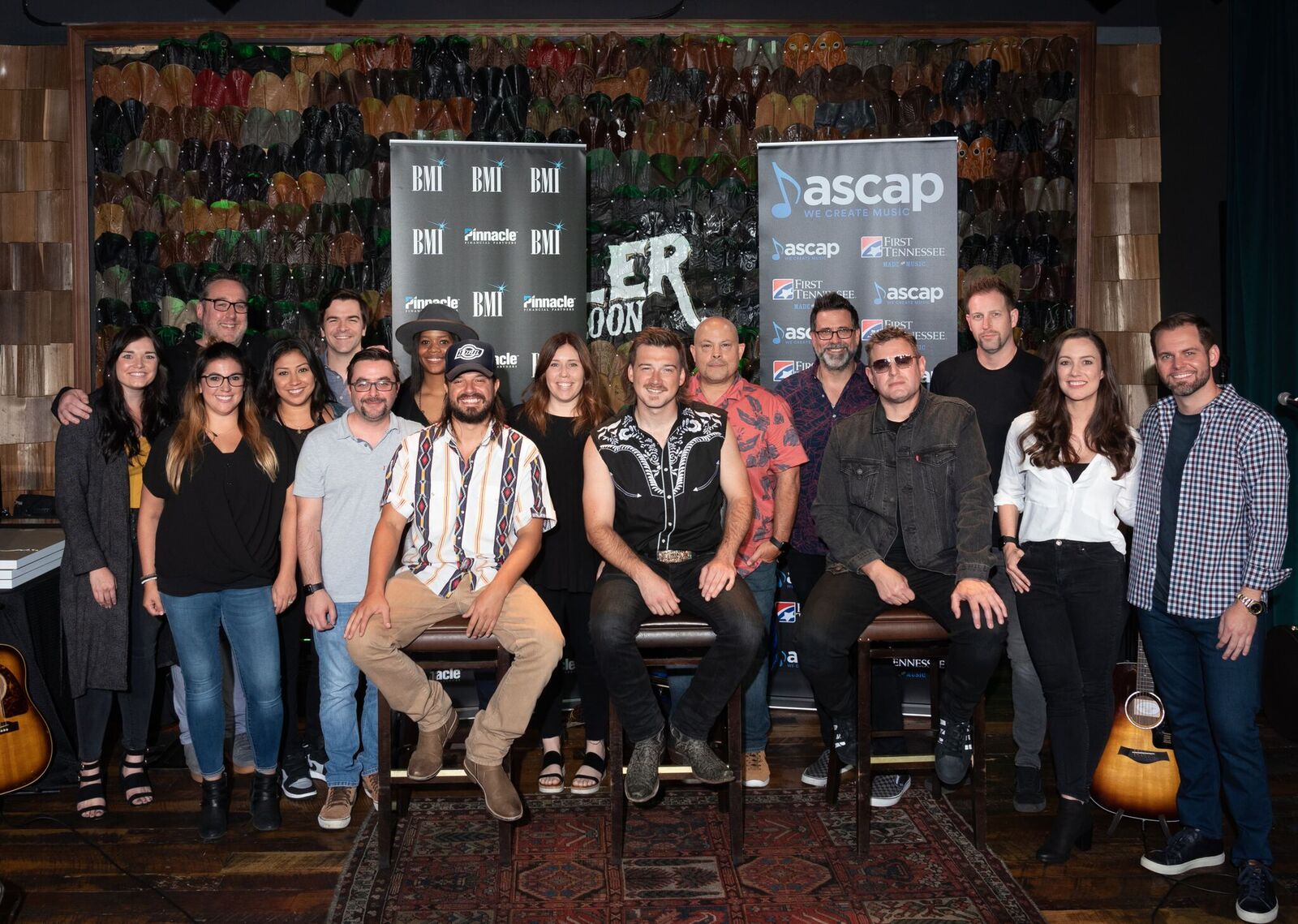 He added that the song has a personal connection, partly inspired by his late father, Steve Burgess. “We lost him in January and it’s been hell but this is so sweet because when we wrote this song, we were like, ‘Whiskey Glasses.’ We wrote the hook and were like ‘What do we do for the verse? How do we start this?’ I remember pops used to wake up in the morning after one too many and he’d be on the couch looking at me like, [sings] ‘Pour Pappy….’ I told Kadish and he made that hook around it. I know pops is on this and will be there forever. I remember he heard it on SiriusXM even before it really got to Dallas radio and he was over the moon. He would have loved everyone in this room. Shout out to mama over there with big ole tears, she supported me all the way.”

“I can’t follow that,” Kadish commented. “I don’t have the swagger. Ben and I have been through it, we’ve written so many songs together over 10 years. To finally get one that people really connected with is amazing to us. This is super special to me because Ben is like my brother.

“Thank you to Big Loud, I don’t even know how you did this. The song was on an EP, it wasn’t the single and then you went and made a record and I thought that was the life of the song, which was fine. I was just glad somebody cut it. Then I got a call from someone who said it was going on the record. Then someone said after ‘Up Down’ went No. 1, they said ‘Whiskey Glasses’ is going to be the next single. Then Jake was talking to someone at Big Loud and said, ‘Oh, the save rate is through the roof on this song, that is a No. 1.’ I was like, ‘What the hell is a save rate?’ Later my wife and I were at an awards show and the person we were sitting next to said, ‘Yeah, I got Morgan Wallen’s next single,’ and I was like, ‘I’m not sure that you do…’ I’m so blessed to be here. This is not wasted on me. This is just amazing to have people show up for a song. That’s incredible. Morgan, good lord you can sing.”

Wallen and company are already back at radio with his next single, “Chasin’ You” which has become the most-added single of the week, with 40 stations already playing the track.