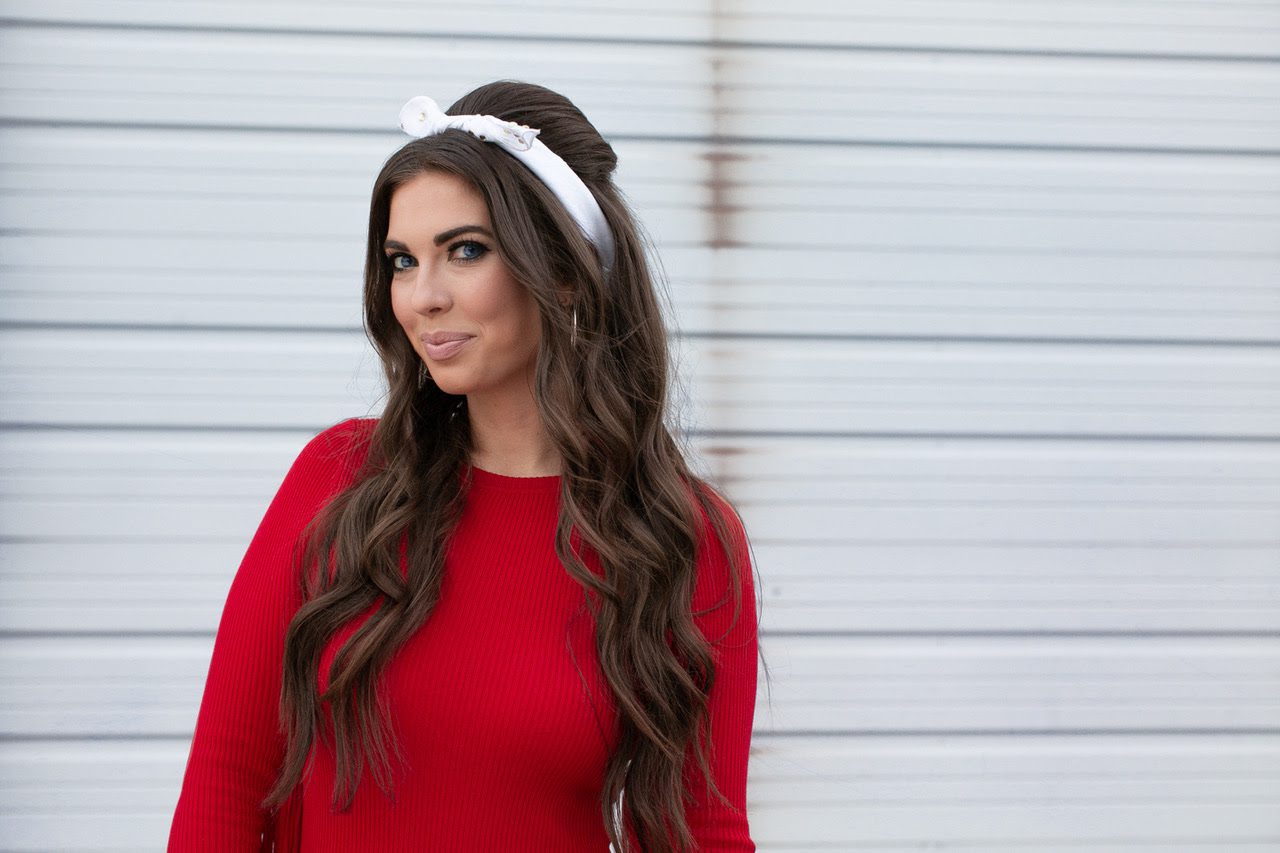 “Country music was built on storytelling and characters,” says Jenny Tolman, a Nashville native whose own intriguing tales and agile wordplay pervade her debut album, There Goes The Neighborhood. “I want to honor that and continue on that tradition. Yes, everything evolves but I think it’s important to hold on to tradition at the same time to the things that define country music.”

There Goes The Neighborhood is the culmination of a three-plus year process, one that began not long after she met hit producer Dave Brainard, whom she calls “a brilliant mad scientist.” Brainard has several co-writes on the album, which was recorded in a few studios around Nashville, including Brainard’s Berry Hill compound and Sound Emporium.

Tolman clearly relishes her classic country and honkytonk influences, her voice a mixture of Bobbie Gentry’s sensual low tones, and Dolly Parton’s spry playfulness. Tolman deftly applies her mordant wit throughout the album, which is equally irreverent and earnest.

Album opener “Ain’t Mary Jane” begins with harmonica and later introduces clarinet in a shuffle that praises getting high on life.

“It set the tone for the whole album. There is a lot of making the best of what you’ve got type of living in these songs.” she tells MusicRow.

“Ladies, start your ovens,” she challenges on the tongue-in-cheek titular track, as she chronicles the efforts of several ladies in Jennyville to lure in a handsome newcomer with “Brittany’s biscuits” or “Hannah’s honey ham.” 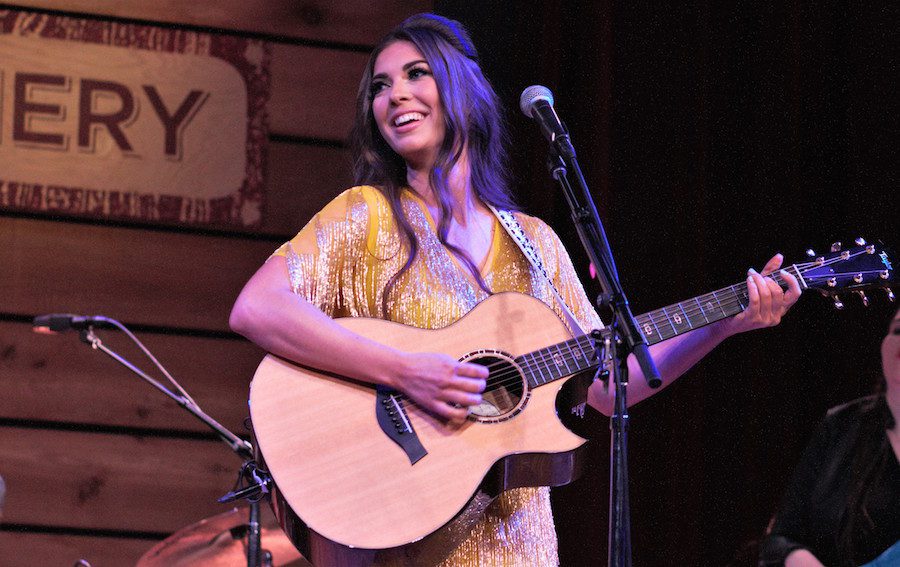 “High Class White Trash” chronicles ladies who down “a little bloody Mary for a head full of hurt” and “raise a glass to making something out of nothing.” “Work It” offers advice from a “coupon clipper in a push up bra” on how to make ends meet “When you got good looks and no money to burn.”

“The whole thought of women’s empowerment is great to me, but at the same time I think about it differently than the mainstream world projects. Something I’ve been really careful with in my writing about women’s narratives is that I’m not a man hater at the same time. We all are coexisting together and we all benefit off of each other so ‘Work It’ is kind of that fun narrative where you do feel empowered and you use your womanliness to run the world. We have fun with it.”

She met Brainard shortly after the producer had earned a Grammy nomination for his work on Brandy Clark’s 12 Stories.

“His old studio was right above Off Broadway Shoes and he would come down to the Doghouse Saloon to have a drink,” she recalls. “I happened to be playing there and he heard me sing. He came up and said, ‘’I never do this, but I love your voice and I’d love to hear what you’ve got going on.’ Then I realized he worked on Brandy’s album and we got together to co-write.”

The project proved a success, both personally and professionally; Tolman and Brainard have been sweethearts for the past three years. She credits Brainard with setting all of these songs and the characters they describe in the fictional Jennyville. 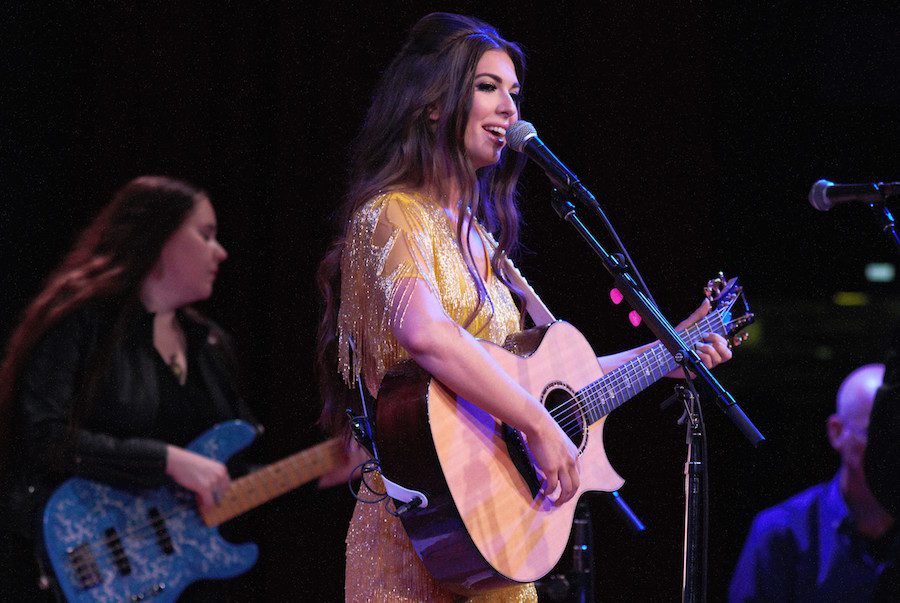 “It took me a second to come to terms with it, because especially with this being my first album and me being a new artist, I was like, ‘This is presumptuous, isn’t it?’ But after we started really digging in to the album, it really had nothing to do with ego, it’s almost kind of making fun of myself, that I’m crazy enough to have this imaginary town in my head with people running around in it. The album evolved but the idea of  Jennyville never really went away. At one point we were going to name the album that, but then we had ‘There Goes The Neighborhood.’ We do have a song called ‘Postcards From Jennyville.’”

Tolman comes by her musicality naturally, having been raised around Nashvillle’s music scene from an early age. Her father, Steve Tolman, who serves as the president of the Nashville Association of Talent Directors, and works as co-director for Logicom, earned his career start as a singer, and was called on by Burt Reynolds to become a founding member of vocal group the Indian River Boys. The group also provided vocals on Garth Brooks’ album No Fences.

For “Five Dollar Car Wash,” an intro track, her father’s old quartet reunited after 30 years to perform on the album. Elsewhere, WSM announcer Bill Whyte handles the weather report on the intro track ‘Forecast For Gossip.”

Following the cheeky humor of “Ain’t Mary Jane,” Tolman wastes no time proving she can discuss matters of the heart as easily as a well-crafted joke. “So Pretty,” which she co-wrote with Mark D. Sanders and Sophie Sanders, delves into the not quite ladylike feelings of jealousy and insecurity.

“I was in a new relationship, and my boyfriend was good friends with his ex. And she was so pretty and sweet. I kept thinking ‘I wish you weren’t so pretty.’ It was terrible to think, but I think that’s why the song is so powerful, because we all have these feelings that are so terrible but so true. It’s really about realizing that it’s ok to have these bad feelings but also acknowledge that it’s not that person’s fault. It is you having to work through something internally. It’s ok to feel things but to not hate somebody for that, because they are not intentionally doing that to you.”

The song is one of a pair of introspective tracks marked with warmth and wisdom. She penned the inclusive “My Welcome Mat” with Brainard and John Goodwin, which welcomes her fellow people of all races, religions, classes and personalities.

“Every line in that song is true and it’s about somebody we know in our personal lives. That’s what makes it cool for me, it’s not just trying to come up with opposites to make it lyrically cool—it’s all true. I’m that person, too. I’m a country music singer and I do pole dancing for fun. There are so many facets to every person. It was really important to visualize that in the lyrics. We were trying to share what we understand to be at this moment the most loving way to exist, because there is so much intentional division between everybody. These people want you to get mad and not like each other for being different and to homogenize everything and have everyone be the same. And in country music too, that’s something I’m constantly battling, just being different. Just being a female country artist, as we all know is already a challenge in itself, but also having a different sound of country music which isn’t what mainstream country radio isn’t playing right now. Which I hope to change with this music. But we wanted to celebrate all the different characters in our lives and appreciate that.”

Her penchant for melding classic country storytelling with humor has earned her several fans in the industry, such as the Oak Ridge Boys’ Duane Allen and “Miss Country Soul” Jeannie Seely.

“I call Jeannie the Mayor of Jennyville. She also wants to be known as ‘The Retired Madam of Jennyville.’ I’m humbled because there are some amazing people in my corner.”

There Goes The Neighborhood releases July 19.