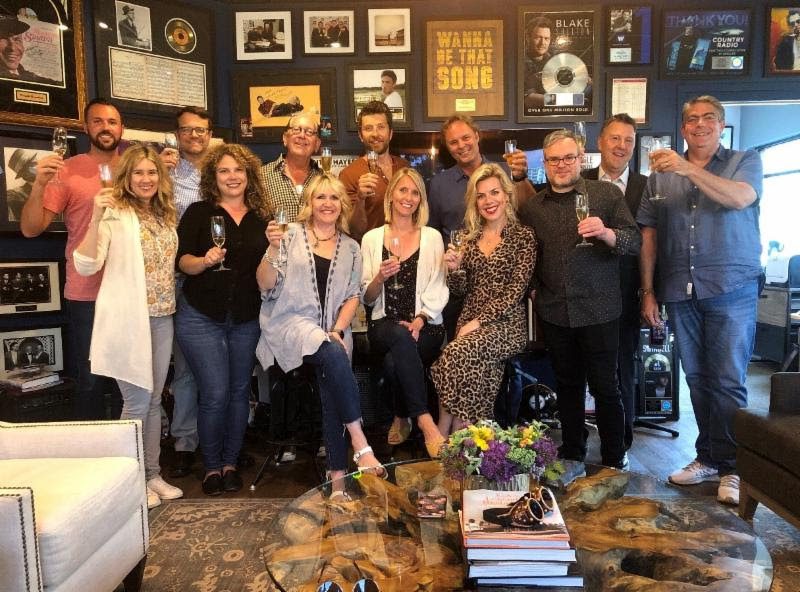 Warner Music Nashville’s Brett Eldredge joined his label team on Wednesday (June 19) for a special toast to commemorate his seventh No. 1 country single, “Love Someone.” The song has earned more than 75 million streams. Eldredge recently announced a string of tour dates in Europe to start 2020, with stops in Germany, Netherlands and across the UK. In addition to select tour dates, Eldredge is currently writing and recording for his next project.