No other music genre gives its consumers such reverence. And no other music fans display the loyalty and dedication that country music’s do. What we saw on Saturday (June 8) was an outstanding display of both sides of the coin.

“Tonight is the night we celebrate you,” said Miranda Lambert to the fans at Nissan Stadium on Saturday night. “Because we never take it for granted. Thank you for all your support. 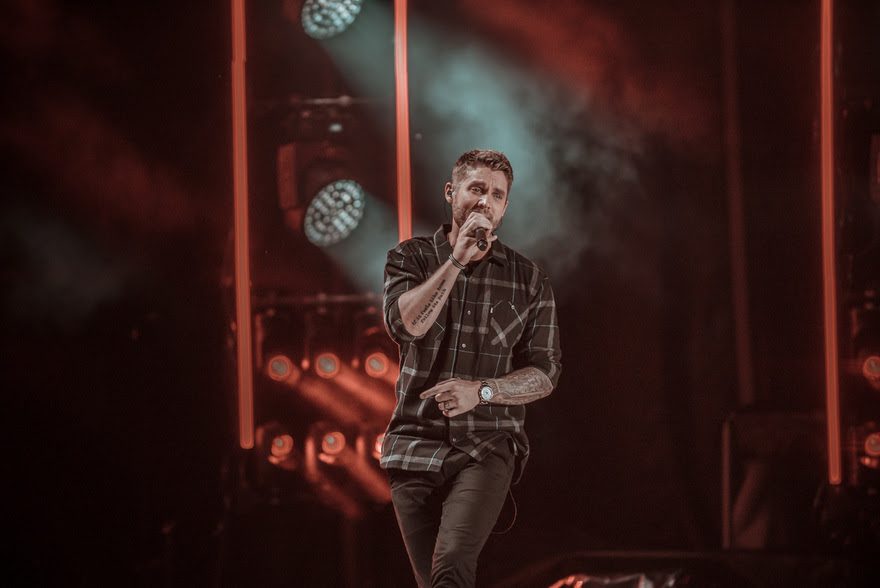 “I’ll never be done thanking you guys,” said Brett Young when he addressed the stadium throng.

“This is a dream come true,” said Travis Denning.

They were addressing a massive gathering of people, all of whom were there to cheer their favorites with maximum volume and enthusiasm. This was on Day Three, mind you, yet not one ounce of stamina seemed to have ebbed.

Tens of thousands continued to crowd the streets of downtown Nashville all day long on Saturday. Light rain drizzles off and on all day were shrugged off by the attendees, who seem to get younger, more ethnically diverse and prettier every year. 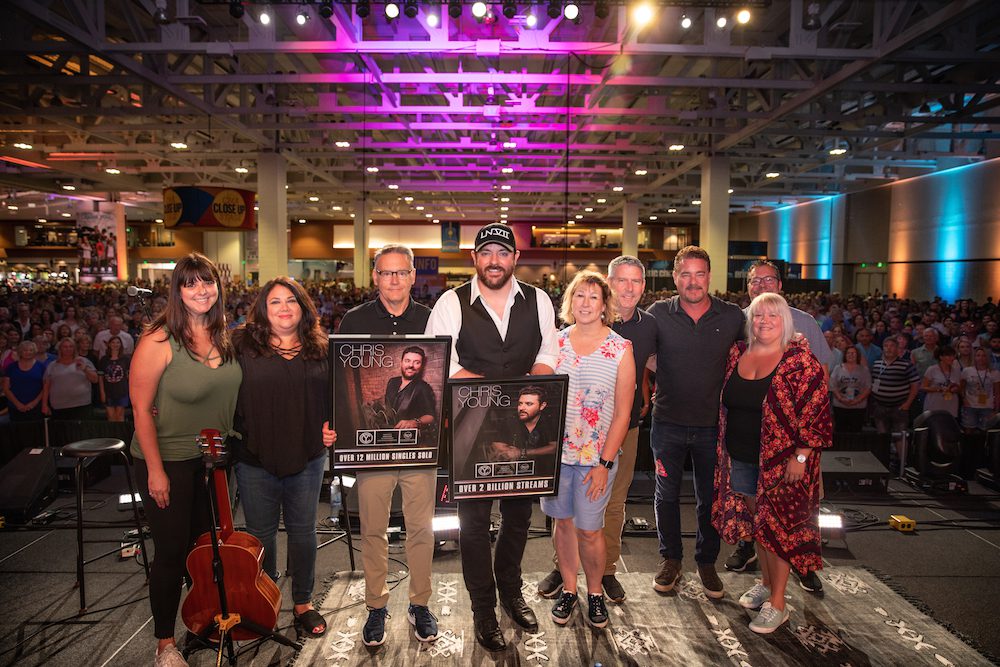 At Fan Fair X in the Music City Center, Saturday’s Artist of the Day was Chris Young. Sony’s Randy Goodman presented him with plaques commemorating his two billion career streams and 12 million singles sold. Chris was quick to credit the fans.

“This is thanks to every single person here who has bought a CD, streamed a single or come to my concerts,” he said. “I can’t thank you enough for all the support you’ve shown me.”

At his Ole Red show later in the day, Chris introduced his fans to “Town Ain’t Big Enough,” a new duet with Lauren Alaina. 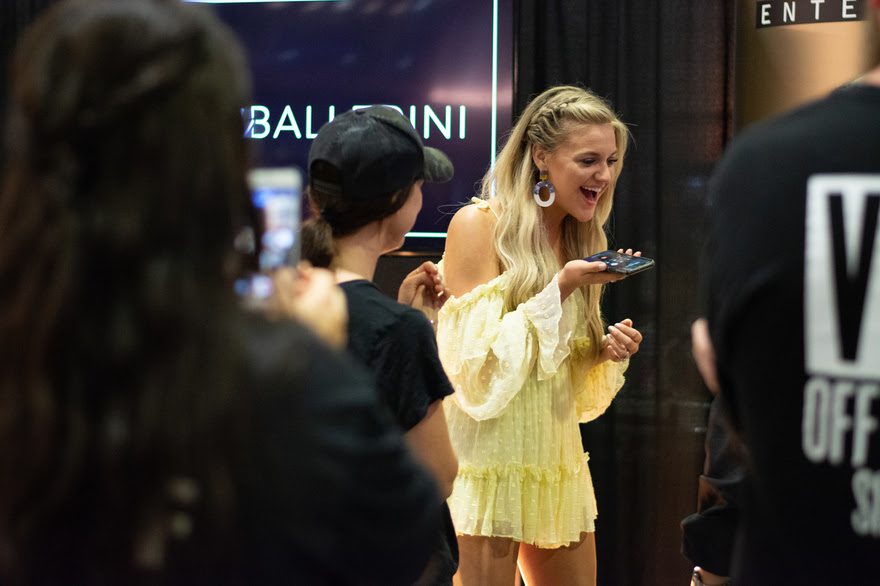 Kelsea Ballerini participates in a surprise meet-and-greet with fans at Xfinity Fan Fair X inside Music City Center and receives the news that her single “Miss Me More” hit No. 1 at Country radio. Photo Credit: Kimberly Whiting/CMA

Also getting a surprise at Fan Fair X was Kelsea Ballerini. She was meeting and greeting fans when she learned that her “Miss Me More” has become a No. 1 hit.

Performing to capacity crowds that afternoon were Keifer Sutherland at the Budweiser Forever Country Stage, The Wandering Hearts at the Nashville Acoustic Corner Stage and Russell Dickerson at Riverfront. 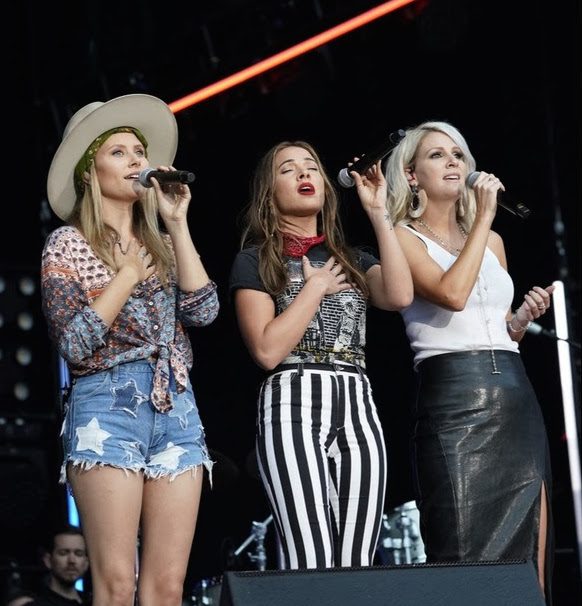 That evening’s Big Show was blessed by balmy, if humid, weather. The totally talented Runaway June performed “The Star Spangled Banner” to kick things off, right on time.

The first part of the stadium concert was dedicated to the three acts of the CMT Kickstart Artist Spotlight effort. Hit songwriter Jameson Rodgers, plus Denning and the vivacious Kassi Ashton all introduced new sounds to the attendees. Based on her stage presence, Kassi did best.

TV stars Hayley Orrantia (The Goldbergs) and Chris Carmack (Nashville) co-hosted the evening, with Carmack introducing Billy Ray Cyrus as “still the King of the Dancefloor, with the No. 1 song in the nation, right now!”

Billy Ray rocked out to “Folsom Prison Blues” and “Keep Your Hands to Yourself” and drew cheers when he dedicated “Some Gave All” to “all the men and women in uniform.” 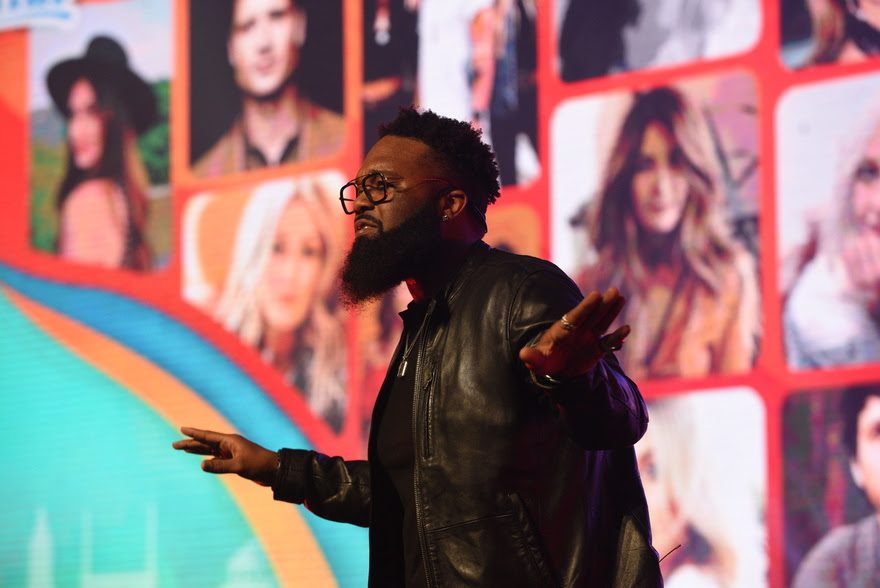 His guest Johnny McGuire (formerly of Walker McGuire) offered the hearty “Chevys and Fords” before the enduring star concluded his set with “Achy Breaky Heart.”

Brett Young’s sincerity shined on all five of his consecutive No. 1 hits, with “Have Mercy” drawing particularly big cheers.

I was in the Men’s Room in the CMA Hospitality Suite when I heard instantly recognizable beats and a deafening cheer. I rushed out to see rapper Lil Nas X, resplendent in a vivid orange vinyl suit.

He was joined by Billy Ray and surprise guest Keith Urban on the monster hit “Old Town Road.” He and Billy Ray have been omnipresent on pop radio for weeks with what is shaping up to be one of year’s biggest songs.

They appeared with no fanfare and no introduction. They didn’t need either one. All 70,000 attendees recognized the intro riff instantly, just as I had. 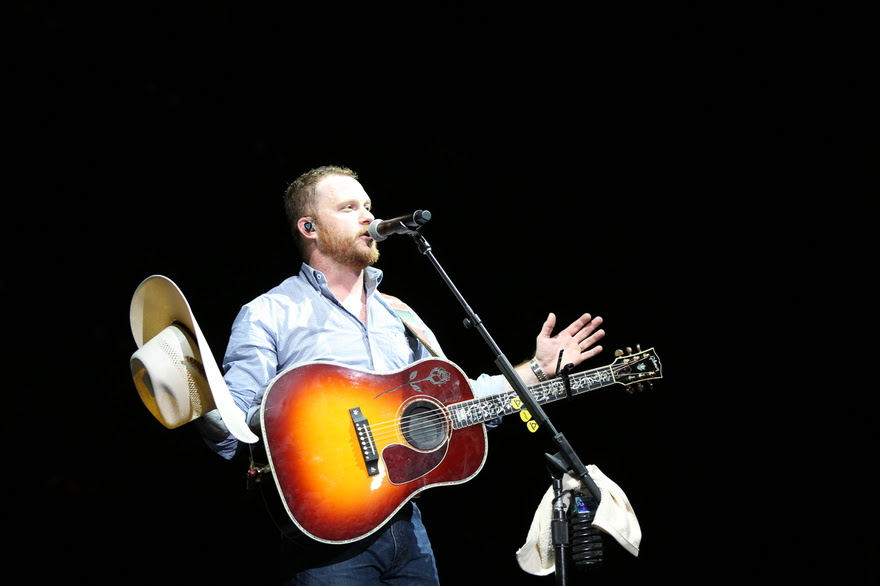 Everyone sang along. Admittedly, that wasn’t much of a challenge, since “Old Town Road” basically has only two lines.

Dayton Duncan was there, too. He’s the writer/producer of the upcoming Ken Burns multi-part PBS documentary Country Music. Dayton has been touring the country promoting the doc. He said he tailors each presentation to whatever market he’s in.

He was in town to offer the Fan Fair X attendees a preview on Sunday, alongside Marty Stuart, Ketch Secor (Old Crow Medicine Show) and Kathy Mattea. 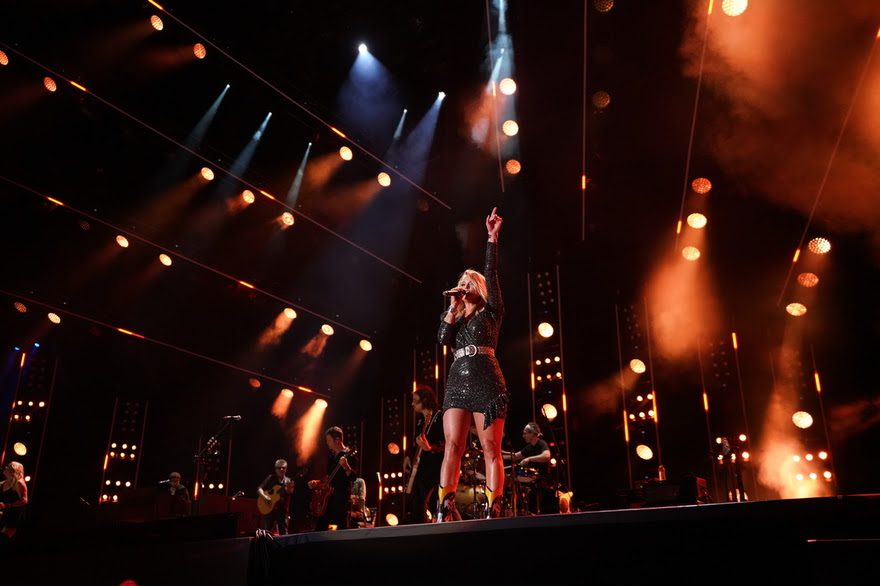 Dayton appreciated the Nissan performance by Miranda and sympathized with the plight of women in today’s country music, noting that female artists provide a firm foundation throughout the Burns doc.

Miranda began her set alongside Angaleena Presley and Ashley Monroe as The Pistol Annies. They gave sauce and spice to “Hell on Heels” and “Sugar Daddy” before Miranda took over for a rocking solo set that included “Automatic,” “Gunpowder and Lead,” “White Liar” and “Mama’s Broken Heart.” She also introduced the fans to a new song, “Locomotive.” 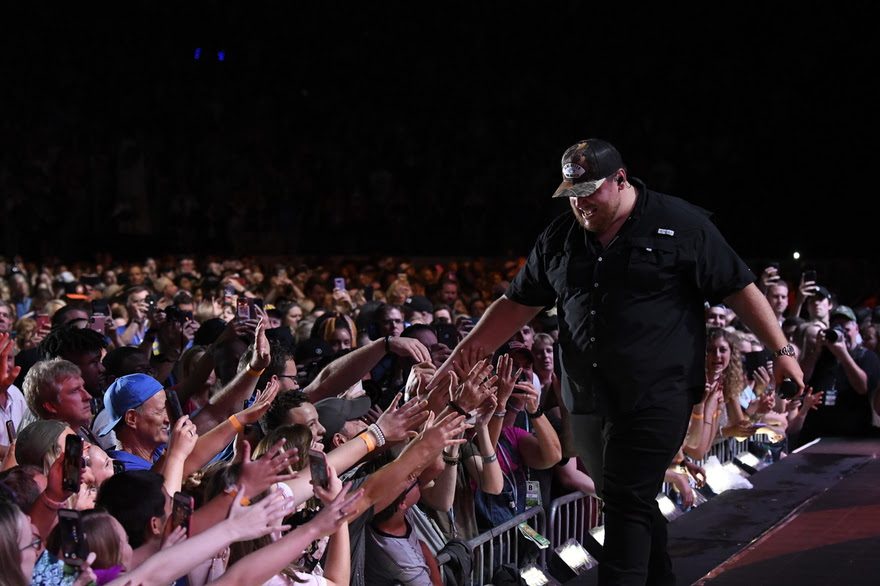 Audio pandemonium broke out in the stadium as Luke Combs took the stage. This ultimate People’s Star gave the fans “She Got the Best of Me,” “When It Rains It Pours,” “Beautiful Crazy” and much more. A great guy with great songs — That’s all it takes.

Speaking of which, Cody Johnson was across the river singing to an SRO crowd at Ascend Amphitheater as the capstone of a Warner Music show at exactly this same time. That bill also included Ingrid Andress, Tucker Beathard, Ashley McBryde and Hunter Hayes.

Meanwhile, back at Nissan, Dierks Bentley peppered the fans with his expertly curated hits. His surprise guest was Tenille Townes, who saluted the women of country with covers of Trisha’s “She’s In Love With the Boy” and Deana’s “Strawberry Wine.”

Saturday’s finale artist was Tim McGraw. Another fine fellow with flawless taste in tunes, he ran through such fan favorites as “Southern Voice” and “All I Want Is a Life.” He paused in his set to introduce Country Music Hall of Fame member Randy Travis, who was seated on the front row. The crowd roared its love.

We drove home, tumbled into bed and rested for one more day of merriment.