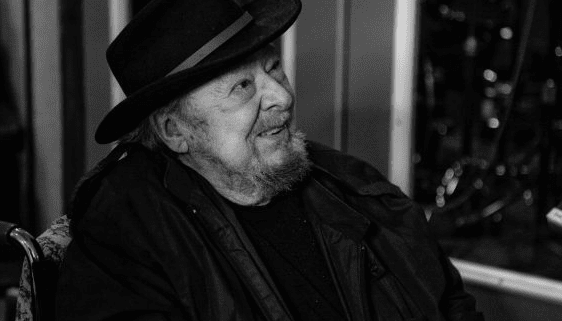 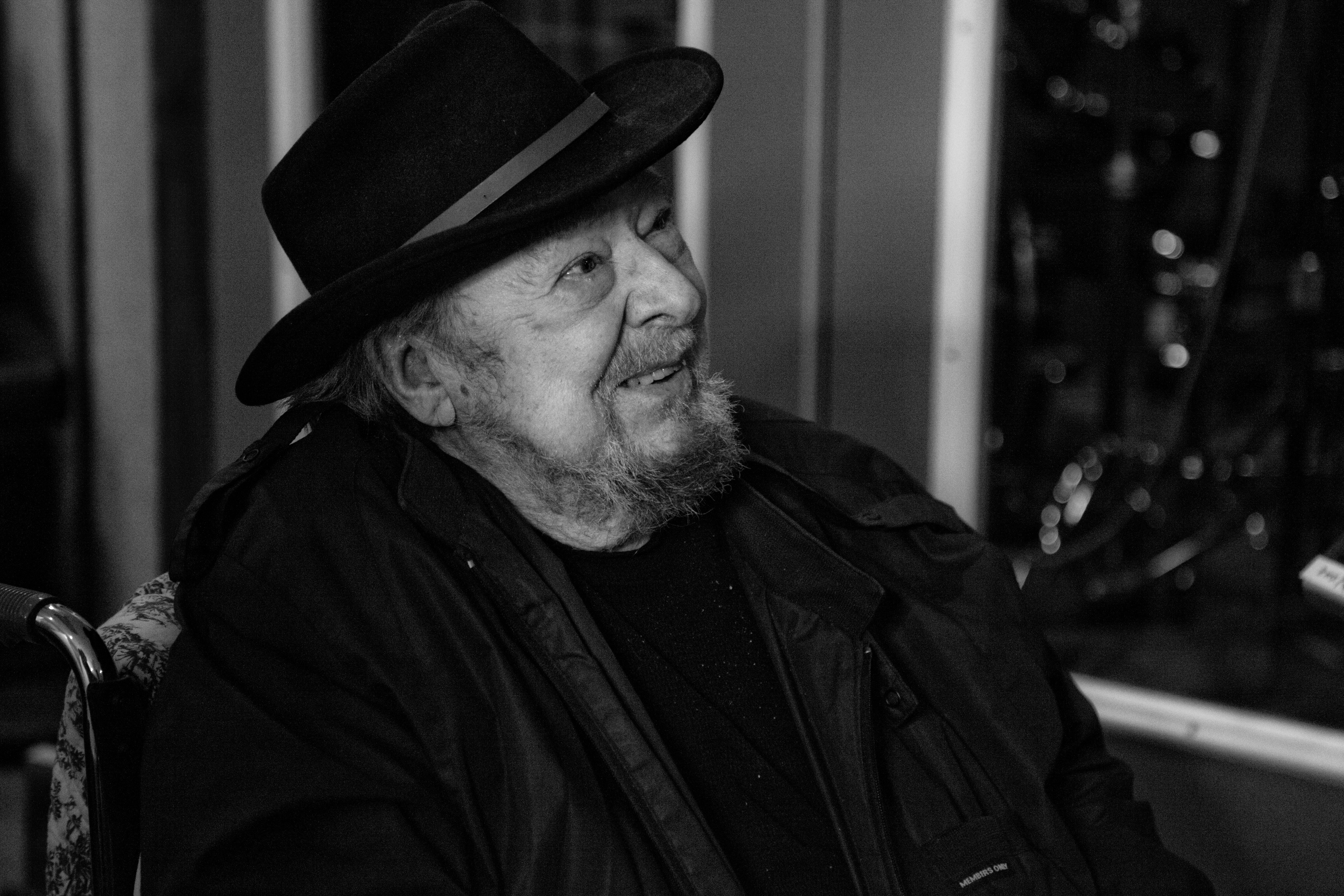 Mac Wiseman, a member of both the Country Music Hall of Fame and the Bluegrass Hall of Fame, has passed away at age 93. He died Sunday, Feb. 24.

Known as “The Voice With a Heart,” Wiseman was a hit recording artist, a record-label executive, a radio host and a music-festival  impresario. He was one of the founders of the Country Music Association.

His hits included “The Ballad of Davy Crockett,” “Jimmy Brown the Newsboy” and “Your Best Friend and Me.” He is also associated with such enduring favorites as “Tis Sweet to Be Remembered,” “Love Letters in the Sand,” “I Wonder How the Old Folks Are at Home,” “I’ll Still Write Your Name in the Sand” and “Shackles and Chains.”

Born Malcolm B. Wiseman in 1925, he was raised in rural Virginia. He survived polio as an infant, and this affected his mobility later in life. Wiseman began playing guitar at age 12. His fluid work on the instrument and his clear, expressive tenor singing were the hallmarks of his performing style.

He started his career as a Virginia radio disc jockey in 1944. He joined Molly O’Day’s band two years later and played bass on her big hit “Tramp on the Street.”

In 1947, he was the host of WCYB radio’s Farm and Fun Time in Bristol, Virginia. He shared airtime there with country-music patriarch A.P. Carter of The Carter Family.

Wiseman then became a member of Flatt & Scruggs’ Foggy Mountain Boys. Bill Monroe hired him in 1949, and Wiseman sang lead on the star’s bluegrass standards “Travelin’ Down This Lonesome Road” and “Can’t You Hear Me Calling.”

Mac Wiseman next joined the Louisiana Hayride on KWKH in Shreveport. While there, he toured with the legendary Hank Williams. He then moved on to the Old Dominion Barn Dance in Richmond, Virginia in 1953.

By this time, he was leading his own band. He had signed with Dot Records in 1951 and had a top-10 hit in 1955 with “The Ballad of Davy Crockett,” the theme song of a Disney TV show. He served as Dot’s A&R executive in 1956-63, moving to Los Angeles and overseeing a roster that included such stars as Jimmy C. Newman, Reno & Smiley, Bonnie Guitar, Pat Boone and Leroy Van Dyke. While on the West Coast, Wiseman became a regular on TV’s Town Hall Party  and starred at The Mint in Las Vegas with The Stonemans as his backing band.

In 1958, Wiseman became one of the creators of the Country Music Association and was elected as the CMA’s first secretary. He was the youngest of the association’s organizers, and at the time of his death was the last living CMA founder.

Mac Wiseman’s Dot Records success as an artist continued with 1959’s “Jimmy Brown the Newsboy.” His next country hit came on Capitol Records in 1963. This was with the Hank Cochran song “Your Best Friend and Me.”

During the 1960s, Wiseman became popular on the collegiate folk-music circuit. He performed at The Newport Folk Festival, Carnegie Hall, The Hollywood Bowl and other prestigious venues.

In 1965, Mac Wiseman was hired as the manager of the WWVA Jamboree in Wheeling, West Virginia. He moved to Nashville in 1968 and signed with RCA Records. The following year, he tasted chart success with the novelty tune “Johnny’s Cash and Charley’s Pride,” produced by Jack Clement. This became Wiseman’s last top-40 country hit.

He subsequently re-emphasized his bluegrass roots. Mac Wiseman ran his own bluegrass festival at Renfro Valley, Kentucky in 1970-83 and recorded most of his 50+ albums with bluegrass instrumentation. 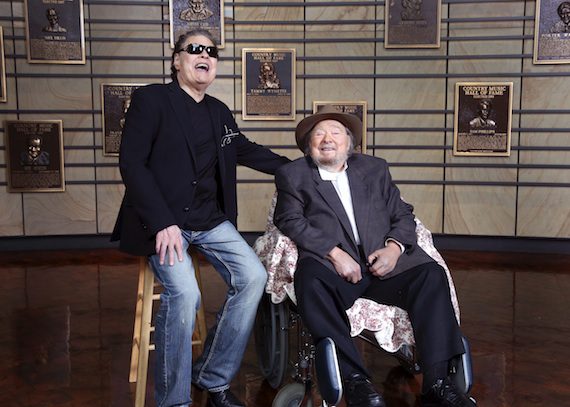 But in 1979, he returned to the country charts with a version of the pop oldie “My Blue Heaven,” recorded with jazz great Woody Herman. During the 1980s, Wiseman made albums with collaborators including Merle Travis, Doc Watson, Del McCoury and Brother Oswald.

In 1986, Wiseman was one of the founding members of the International Bluegrass Music Association (IBMA). He was the narrator of the 1992 film documentary High Lonesome: The Story of Bluegrass Music. He was inducted into the Bluegrass Hall of Fame the following year.

He was elected the president of R.O.P.E. (the Reunion of Professional Entertainers) in 1990 and remained so for the next four years. This organization’s goal is to build a retirement home for country entertainers in Music City. Beginning in 1997, Wiseman was also a four-term secretary-treasurer of the American Federation of Musicians Local 257 on Music Row.

He was saluted with a career-overview, six-CD, boxed set in 2003. A second, four-CD set appeared in 2006. Both were issued by Germany’s Bear Family label.

Mac Wiseman and folk star John Prine joined forces for the acclaimed 2007 album Standard Songs for Average People. In 2008, Wiseman was given a National Heritage Fellowship award from the National Endowment for the Arts. His election to the Country Music Hall of Fame came in 2014.

This was the same year that he re-ignited his solo recording career with the homespun CD Songs From My Mother’s Hand. At age 90, he collaborated with writer Walt Trott on his 2015 autobiography All My Memories Fit to Print. His collaborations with Americana artists Peter Cooper and Thomm Jutz resulted in the 2017 album of newly composed material, I Sang the Songs.