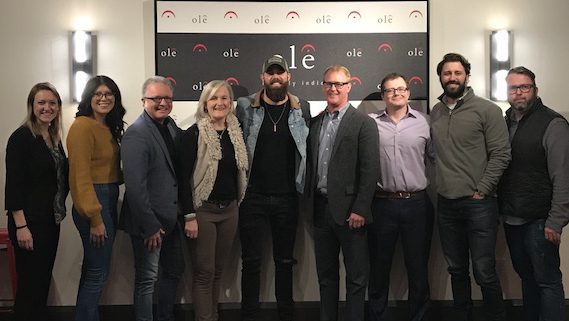 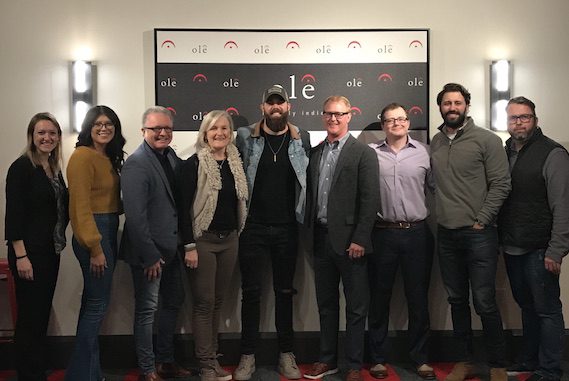 ole has extended its exclusive publishing deal with Nashville-based hit singer-songwriter Jordan Davis. The deal renews the successful partnership between ole and Davis and includes the exclusive ownership of Davis’s publishing rights over the long-term.

“Being able to extend our deal with Jordan Davis is a huge moment for ole in Nashville. Jordan was developed and up-streamed to MCA Nashville out of the ole Nashville office, so to be able to continue to share in the future success together is incredibly special. Look for great things coming up from Jordan Davis,” commented ole’s Vice President of Creative, John Ozier.

Helen Murphy, ole’s Chief Executive Officer, added, “Jordan is a gifted artist with an incredible work ethic, and we look forward to continued success together.”

“ole believed in what I was doing since day one and couldn’t have been more supportive. I’m really excited to extend our partnership and continue to grow with my friends at ole,” said Davis.

Davis’ debut album, Home State, on which he co-wrote all of the songs, debuted at No. 6 on the US Country Album charts and reached Platinum sales status by July 2018. The album’s first single, “Singles You Up,” went to No. 1 on the country radio charts in both Canada and the US, and as of August 2018, was the most-played song on US country radio, while the video for “Singles You Up” has received over 27 million views to date on YouTube. The second single from Home State, “Take It from Me,” is in the Top 10 on the country radio charts. Most recently, Davis earned a 2019 iHeartRadio Music Award nomination for Best New Country Artist.