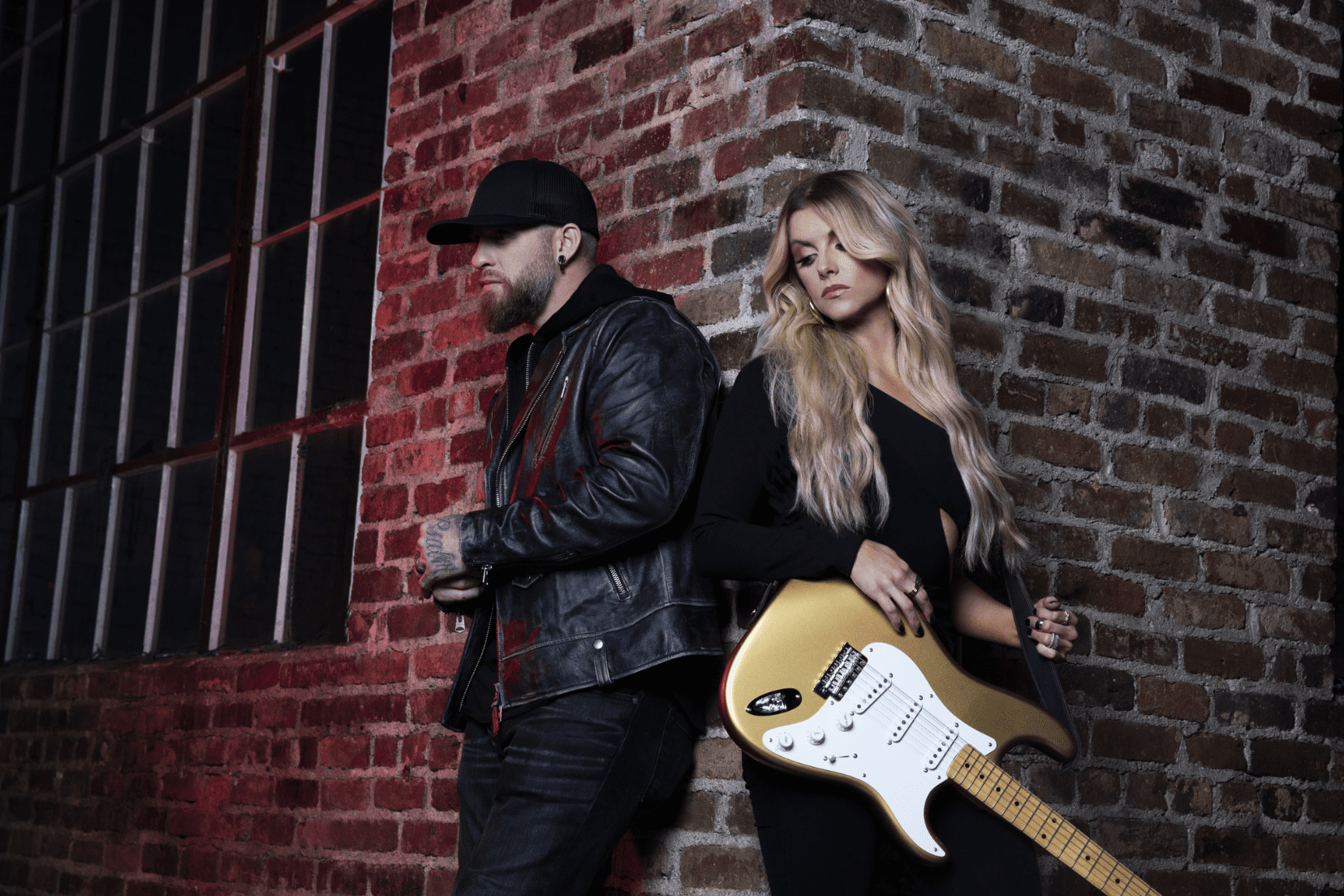 Brantley Gilbert and Lindsay Ell have joined forces on a brand new duet, “What Happens In A Small Town,” about the fury of a stubborn love and its unrelenting memories. The tune, written by Gilbert, Brock Berryhill, Josh Dunne and Rhett Akins, was produced by Dann Huff and features Ell on guitar.

“It was great that they wanted me to play,” Ell said. “To be part of a song like this is great, but to be asked to play on someone’s song who I respect so much takes it up another level. Obviously playing in front of Dann Huff is something else, but he knew how to really push me to get a vocal that contains everything situations like this one are made of. Music, especially music that rocks this hard, crashes through pride, ego and whatever else is in the way. Being able to play on this opened up the feelings to me. When I went in to do the vocal, it was all about really channeling that pain.”

“This song builds and burns,” Gilbert said. “It really has that want for someone you can’t have, and having to live in all the places they are. I wanted to have someone on the record who could match those feelings, to really push the song. It’s not just any female singer who makes sense, and we knew that. Lindsay is a whole other kind of artist, and she understands that power.”

For Gilbert, the song definitely has a ring of truth to it as he went through a breakup and eventually a reconciliation with his now wife, Amber.

“Songs that come from your life just have another kind of power,” Gilbert said. “People can hear the difference, and they know. For this song, obviously I’m not the only guy–or girl–who’s been there, but I’m lucky and blessed enough to have been able to put it back together.”

“What Happens In A Small Town” arrives at radio December 14.