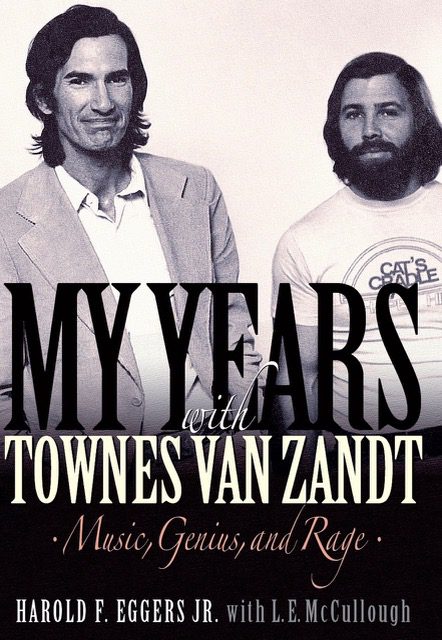 Eggers’ own personal journey of loss and redemption through music was entwined with that of his friend and business partner, Van Zandt. A veteran music industry executive in Nashville and Austin, Eggers worked with Van Zandt for 20 years as road manager and co-producer, helping bring the songwriter’s music to live audiences across Europe and North America.

A longtime musician and music journalist with a Ph.D. in ethnomusicology, L.E. McCullough has penned hundreds of articles on music and the music industry. While serving as country music columnist for the Austin American-Statesman in the 1980’s, he met Van Zandt and recorded with him on a Texas music anthology CD.

“The story of Townes and Harold is glorious, tragic and ultimately uplifting,” says L.E. McCullough. “It’s the story of a generation of American Romantics and the price they paid for holding on to their ideals and never letting go.”

“Townes often stated that his main musical mission was to write the perfect song that would save someone’s life,” says Eggers. “Like the master song craftsman he was, he was never truly satisfied with the final product but always kept giving it one more shot, one extra tweak, one last effort.”