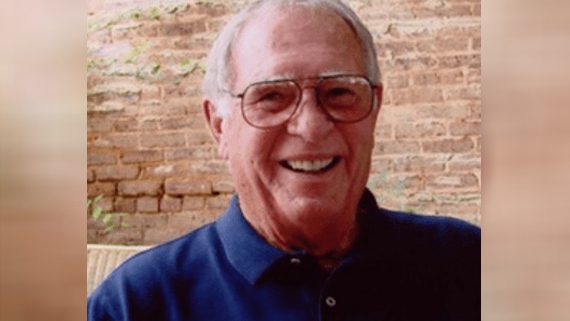 He died on Wednesday, Oct. 28, at age 90. The executive was the former president of the John T. Benson Publishing Company and a longtime leader of the Gospel Music Association. At various times, he served as the GMA’s president, secretary and board member.

The Benson Company is Nashville’s oldest permanent music business. It was founded in 1902 by the deceased’s grandfather, John T. Benson. Following the death of the firm’s founder, John T. Benson Jr., took over the company in 1931.

Between 1948 and 1951, the company’s revenues increased tenfold. This was also the era when John III entered the family business. He initially worked in its commercial-printing division.

John III’s brother, Robert, joined the gospel company in 1960. He added recording to the firm’s publishing business. By 1965, The Benson Company was grossing $500,000 a year.

In 1969, John III joined the gospel firm. This coincided with a period of even more growth for the business.

As a publishing firm, the company already had songs recorded by nearly every Southern Gospel act. Its catalog includes thousands of copyrights, many of them standards in the field. “He’s Coming Back,” “He Looked Beyond My Faults,” “I Go to the Rock,” “If That Isn’t Love” and “Somebody Prayed for Me” are just a few representative titles.

Its record labels — HeartWarming, Benson, Greentree, RiverSong and other imprints — had been specializing in Southern Gospel sounds since 1960. Affiliated artists included The Speer Family, J.D. Sumner & The Stamps, The Singing Rambos, The Oak Ridge Boys, The Lewis Family, The Hemphills and The Imperials.

The recording division kept pace, too. Benson-affiliated labels’ big acts in the new genre included DeGarmo & Key, Sandi Patty, dc talk, Yolanda Adams, Larnelle Harris, Bob Carlisle, Dallas Holm and Carman. It also marketed the records of The Bill Gaither Trio, Gold City, 4Him, The Archers, The Cathedrals and The Kingsmen Quartet, among many others.

In 1976, The Benson Company moved into a Metro Center building that was then the biggest music headquarters in Nashville and boasted the city’s largest recording studio.

John III rose from a vice presidency to becoming president of the firm. Brother Robert died in 1984.

During the 1980s and 1990s, the company changed hands via acquisitions by Paragon, Zondervan, Harper Collins, the Music Entertainment Group and the Zomba Music Group. Family control of the business ceased.

But the song-publishing arm of The Benson Company continued to thrive. By that time, it held more than 42,000 copyrights, including the catalogs of the defunct Stamps-Baxter Music and Singspiration Music.

In 2001, the record labels were folded, and Zomba merged Benson with Brentwood Music. Benson celebrated its 100th anniversary in 2002 by being named ASCAP’s Christian publishing company of the year.

Today, Brentwood-Benson specializes in printed choral, worship, Sunday school, choir, Christmas and church music arrangements. It is estimated that half of the people now working in Nashville’s CCM industry learned the business by working at Benson at one time or another.

John T. Benson III served as the president of the GMA in 1978-80, during which time the association established its now annual Gospel Music Week convention in Nashville. He was inducted into the Gospel Music Hall of Fame in 2006.

Visitation will be held from 1:30 to 3:00 p.m. on Nov. 2 at Spring Hill Funeral Home and Cemetery, 5110 Gallatin Pike. It will be followed by a Life Celebration and Graveside service.