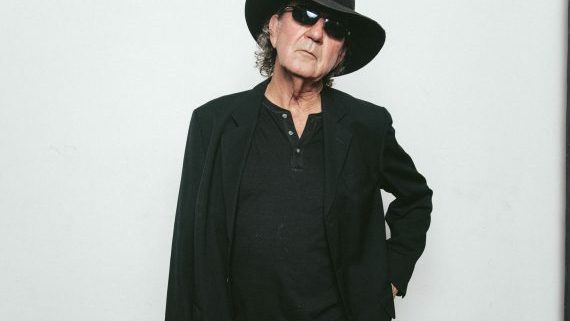 Equally known as the recording artist behind classics such as “Polk Salad Annie” and as the songwriter of “Rainy Night in Georgia,” among other chestnuts, White was known as “The Swamp Fox.” His distinctive style drew equally on blues, country and rock traditions.

Tony Joe White was one of music’s great minimalists. He needed nothing more than his smoldering baritone voice and “whomper stomper” guitar to hypnotize an audience. His husky, growling voice, sinuous guitar leads and colloquial Southern manners mesmerized crowds in Europe as well as America.

Born in 1943, he was one of seven children raised on a cotton farm in Oak Grove, Lousiana. Inspired by a Lightnin’ Hopkins album, he began playing blues guitar at age 16. After his high school graduation, he played clubs in Louisiana and Texas as Tony & The Mojos, then Tony & The Twilights.

In 1968, he came to Nashville and auditioned for Bob Beckham at Combine Music. Within hours, the Music Row executive had him in the studio with producer Billy Swan for Monument Records.

White’s first few singles went unnoticed. Then the label got a cable from overseas requesting a rush shipment of Tony Joe White records, bios and photos. Radio stations in France were playing his disc “Soul Francisco.” Then stations in Belgium picked up the tune, and fans there began clamoring for White to appear in their discotheques. Radio stations in Germany, Spain, Japan and the Philippines started airing the single as well.

Once overseas fans got a load of his charismatic, brooding, sexual appeal his transformation into international music idol was complete. He continued to tour Europe regularly for the rest of his life.

Back in the states, Tony Joe White began promoting his single of “Polk Salad Annie” in the clubs around Corpus Christi, Texas. The record had been out for nine months, and Monument had written it off as a dud. But Texans began buying the single. Then a radio station in Los Angeles began broadcasting it.

“Polk Salad Annie” entered the U.S. charts in July 1969. By early fall, it was in the top-10 on the pop charts. White followed it with “Roosevelt and Ira Lee” and “Save Your Sugar for Me” in 1969-70. He toured with Steppenwolf, Sly & The Family Stone, Creedence Clearwater Revival, Eric Clapton and other big rock acts of the 1970s.

Despite his individualistic, tough-to-classify sound, superstars began lining up to record his tunes. Dusty Springfield (“Willie and Laura Mae Jones”), Elvis Presley (“I’ve Got a Thing About You Baby,” “For Ol’ Times Sake”), Brook Benton (“Rainy Night in Georgia”). Jason & The Scorchers (“Polk Salad Annie”), Ray Charles (“3/4 Time”) and Tina Turner (“Steamy Windows,” “Undercover Agent for the Blues”) are just a few of the major pop headliners who were drawn to Tony Joe White’s songs.

His “Out of the Rain” has been recorded by Etta James, Joe Cocker, Jefferson Starship and Elkie Brooks. “Rainy Night in Georgia” has been recorded by more than 100 artists, including The Crusaders, Johnny Rivers, Conway Twitty & Sam Moore, The Persuasions, Little Milton, Boots Randolph, Herbie Mann and Chuck Jackson.

A stab at mainstream country success led to the self-penned charting singles “Mamas Don’t Let Your Cowboys Grow Up to Be Babies,” “The Lady in My Life” and “We Belong Together” in 1980-84. In 1986, he began marketing albums on his own Swamp Fox label.

Over the years, White acquired a reputation as a Deep South iconoclast and a brilliant eccentric who inspired passionate reviews and an underground following. He became the subject of the quirky, highly entertaining 1998 documentary film Searching for Tony Joe. He also appeared in the 1974 rock musical film Catch My Soul.

He passed away suddenly on Wednesday afternoon (Oct. 24) at his home in Leipers Fork, Tennessee. He is survived by his wife LeAnn, by daughter Michelle, by sons Jody and Jim Bob and by several grandchildren. Funeral arrangements have not been announced.