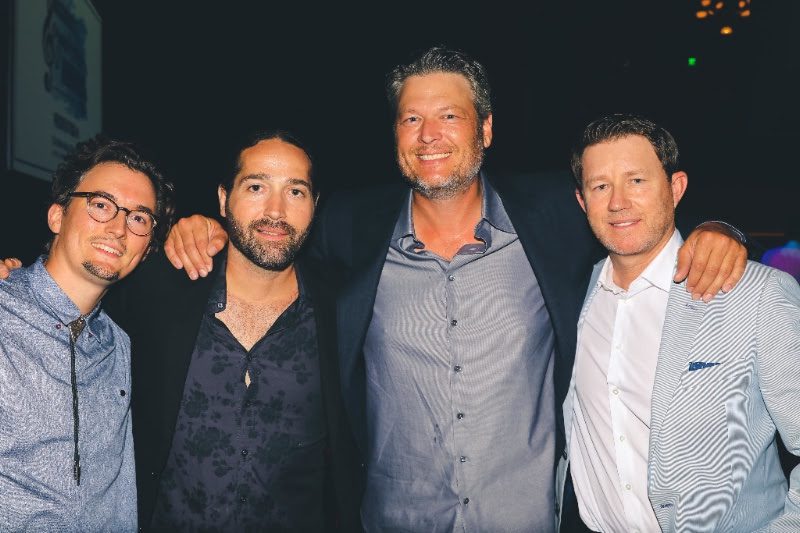 The NSAI reclaimed its place on Music Row’s social calendar with a star-splashed awards celebration at the Ryman on Wednesday night (Sept. 19).

For the past 11 years, the organization’s honors had been an adjunct of the Nashville Songwriters Hall of Fame banquet. This new event threw open its doors to fans, maintained the NSAI’s commitment to political activism, saluted contemporary hit makers, added a “legend” component and attracted big-time country performers.

Ashley Gorley was named the NSAI’s Songwriter of the Year, an honor he has won four times in the past five years.

“I just love everybody here,” he said. “Thank you guys just for allowing me to do this. I love being a songwriter in Nashville. When you write songs in Nashville, you get celebrated. This community is totally different…and unique. This is a community helping people like me to succeed.”

He was saluted in song by Thomas Rhett doing “Unforgettable” and by the merry, bopping Chris Janson delivering “Fix a Drink,” complete with a wild harmonica break.

The Songwriter-Artist of the Year was Brandon Lancaster, who performed his solo-penned “Greatest Love Story” with his band LANCO.

“I’m just so honored that we can have songs that are the soundtrack to people’s lives,” said Brandon. “Thank y’all so much. This means the world.” 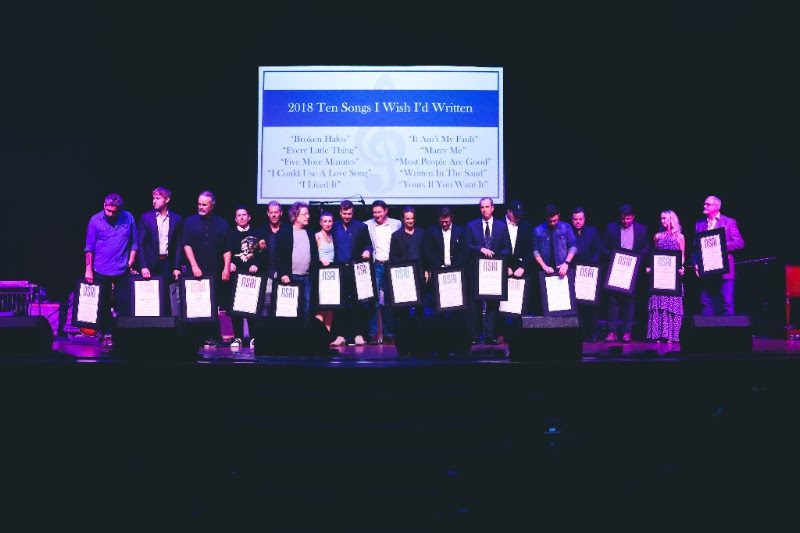 Matt Dragstrem, Ben Hayslip and Josh Thompson won the Song of the Year honor for “I’ll Name the Dogs.”

“I moved to Nashville 15 years ago with a dream,” said Matt. “You dream about days like this. This award is for the dreamers out there.”

“To be voted on by your peers is awesome,” added Ben. “This was a special song from the second we started to write it,” said Josh.

The three then teamed up to perform it with Blake Shelton, for whom the song was tailored. The crowd went wild.

The “legend” part of the evening was the presentation of the Kris Kristofferson Lifetime Achievement Award to Bill Anderson.

Bobby Tomberlin pointed out on video that Bill, “has had hits in seven decades, and he’s still got the fire.” NSAI president Steve Bogard termed the honoree, “one of country music’s most beloved icons” and added, “Bill Anderson, you are a treasure of American music.” 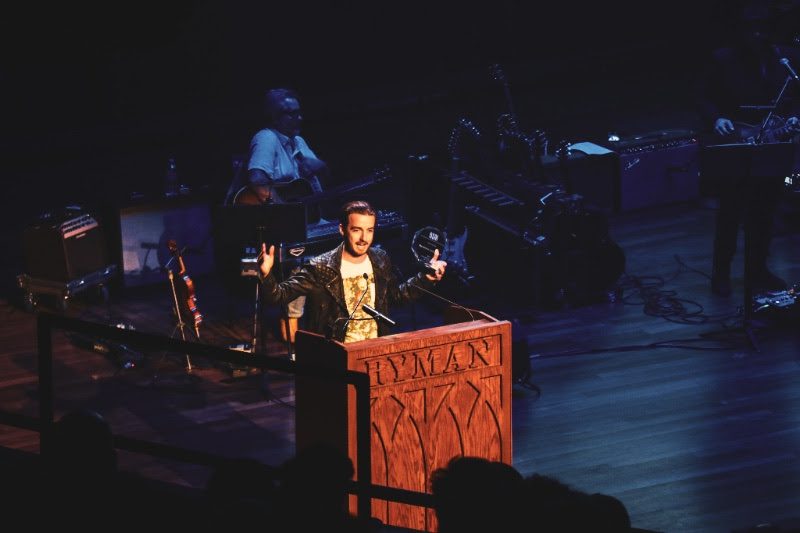 Brandon Lancaster honored as NSAI 2018 Songwriter-Artist of the Year

Jamey Johnson said to Bill, “You are the kind of songwriter who doesn’t just write great songs, you inspire great songs.” He performed a delightfully laconic rendition of “Give It Away,” which he and Bill co-wrote with Buddy Cannon.

Then he sang a flawless low-harmony third part in Jon Randall and Jessi Alexander’s stunning performance of “Whiskey Lullaby,” co-written by Jon and Bill. This resulted in a standing ovation.

“I’ve had a lot of special moments in this room and on this stage,” said Bill in his acceptance speech. “They’ve only given this award one other time. That was five years ago, and it was to a guy you might have heard of…Willie Nelson. So I’m in pretty tall company, Kris Kristofferson and Willie Nelson.”

He thanked people who’d “lifted me up” over the years. When he became teary eyed, he joshed, “My kidneys are too close to my eyeballs.

“I know the best is yet to come,” concluded the honoree. “The view from up here is pretty darned incredible.” 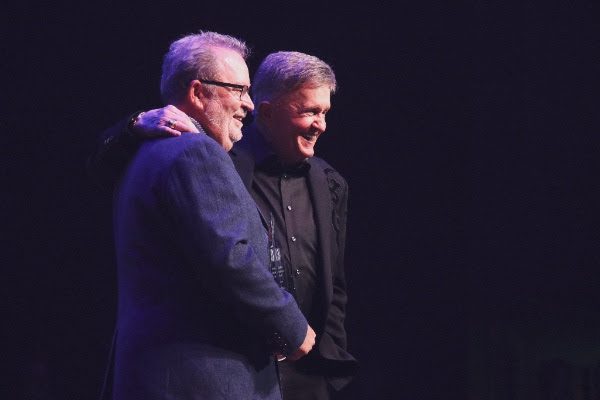 The bulk of the three-hour ceremony was devoted to “Ten Songs I Wish I’d Written” during the past year, as voted on by the NSAI’s songwriter members. The format for these presentations was video recollections by the songs’ writers, followed by live performances of six of them.

That’s why the fans squealed with delight throughout the eve.

Lee Thomas Miller recalled writing “It Ain’t My Fault” with Brothers Osborne. Then the siblings drew a roar for their steaming-hot performance of it. Big winner Gorley, plus Shane McAnally and Jesse Frasure recalled writing “Marry Me” with Rhett, who then had the audience singing along with him.

Rhett reflected on the writing of “I Lived It” with Ross Copperman, Hayslip and Gorley. Blake Shelton’s performance of it, solo with guitar, was terrific and eloquent. He was rewarded with a thunderous standing ovation.

McAnally returned to the video screen with reminiscences about “Written in the Sand,” which co-writers Old Dominion performed with a deft, light touch. Singer-songwriter Jonathan Singleton did “Yours If You Want It” with Old Dominion’s Brad Tursi in support. 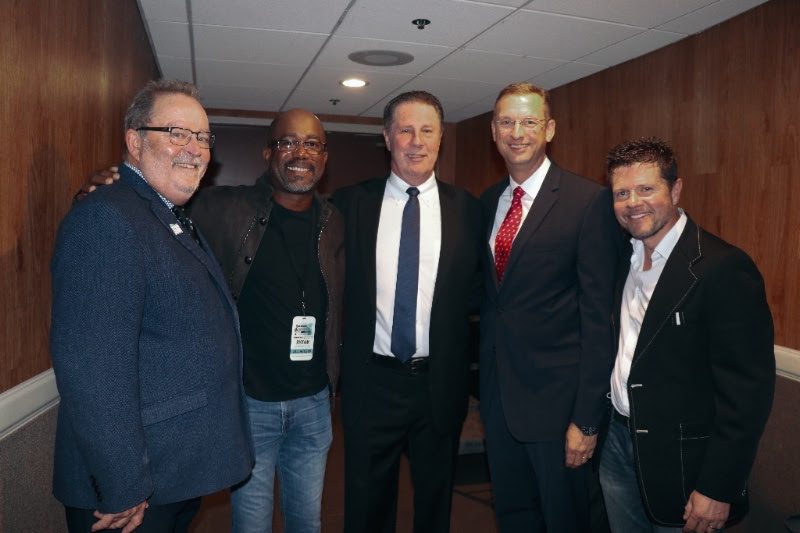 Other songwriting memories came from Chris Stapleton and Mike Henderson (“Broken Halos”); Carly Pearce, busbee and Emily Shackelton (“Every Little Thing”); David Frasier, Josh Kear and Ed Hill (“Most People Are Good”) and Maren Morris, Laura Veltz and Jimmy Robbins (“I Could Use a Love Song”).

“It’s a big night tonight in many ways,” said Bogard. He and the NSAI’s Bart Herbison and Jennifer Turnbow presented the organization’s White Hat award to U.S. congressman Doug Collins and its Stephen Foster Award to the RIAA’s Cary Sherman. Both were being saluted for the passage of the Music Modernization Act the previous evening in the Senate.

Collins was serenaded by fellow Georgians Travis Denning on the Southern-rock staple “Whipping Post” and Brantley Gilbert on his tune “Lights of My Hometown.” The Sherman celebration music came from Kip Moore (“Last Shot”) and Jewel (“No More Tears”).

The NSAI has been honoring Nashville songwriters annually since 1967, making this its 51st awards presentation. 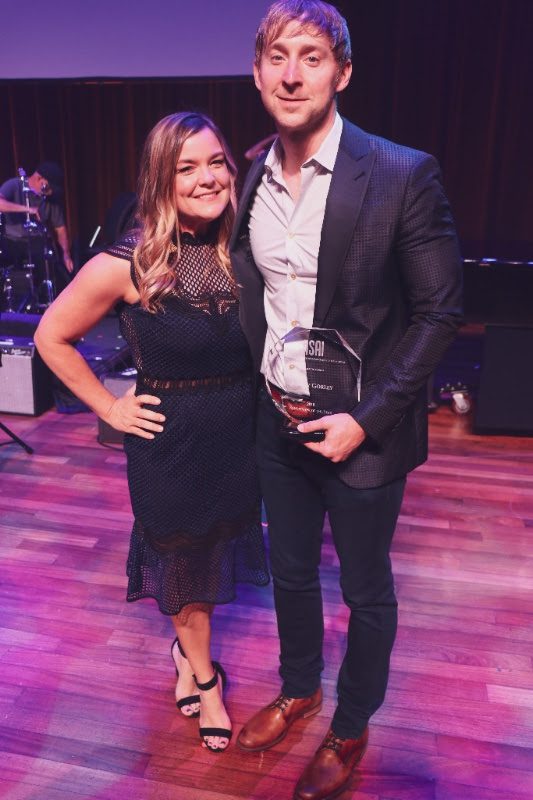 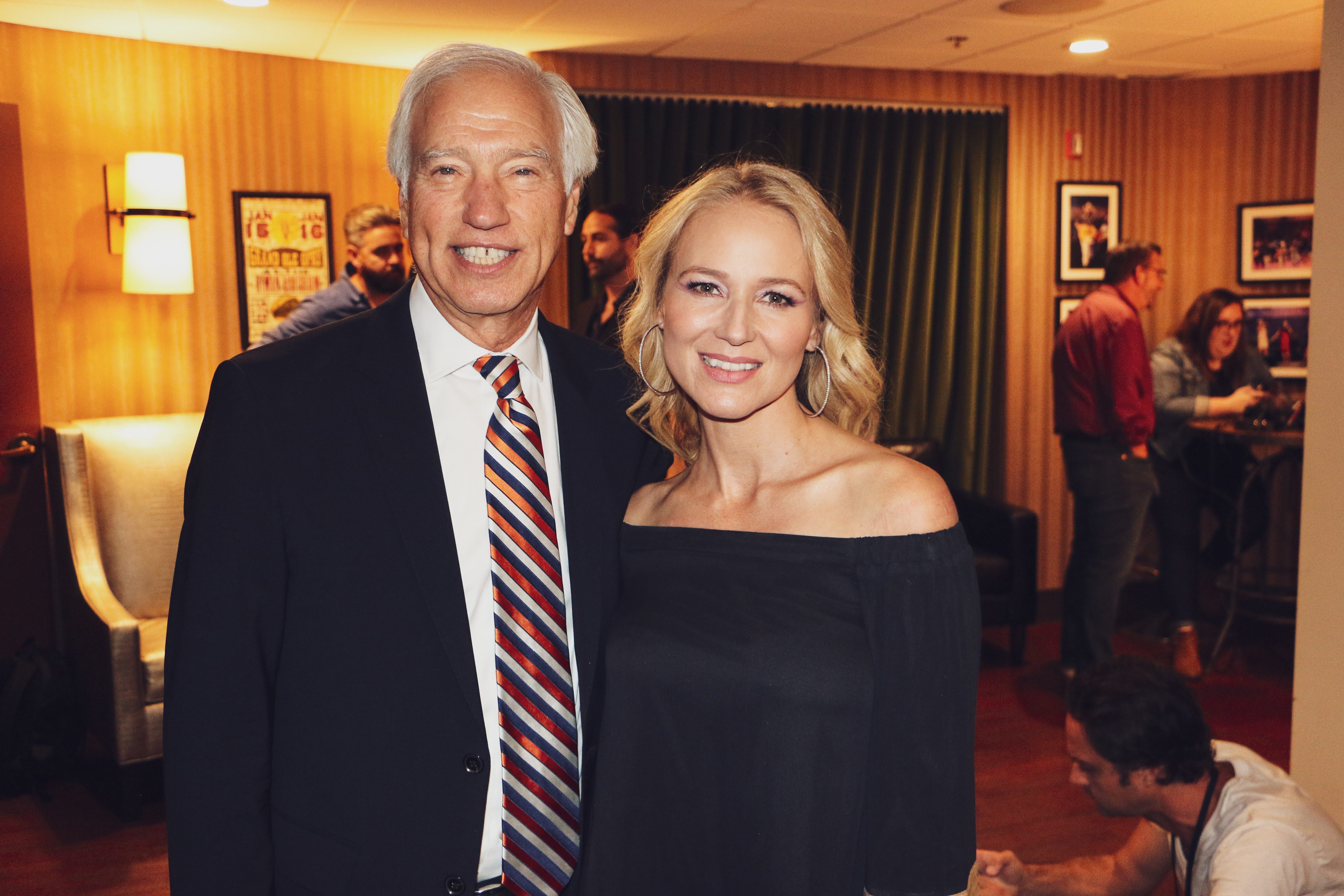 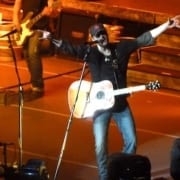 Weekly Register: Chesney, Luke and The Search For A Solution 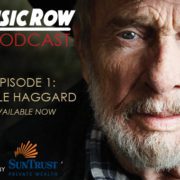