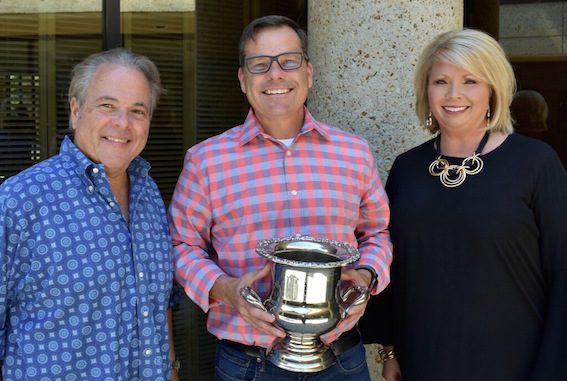 During the past 30 years, many alums are second generation. Wheeler is one of those legacies. For him, Leadership Music is more than generational, it is a true family affair; his late father, Dave, was a member of the third class (1992) and his sister, Jill graduated in 2016. “The irony that I am President during the 30th year is not lost on me, given the fact there was a member of my family in each of the first three decades. My Dad was the reason I got into this business and my only regret is that he is not here to enjoy this year with me.”

He noted: “Leadership Music has a very special place in my heart. Not only because both Jill and I followed in Dad’s footsteps, but because my own experience with the organization has been so special. I am passionate about giving back to an organization that has enriched my life and career in so many positive ways, and I am deeply honored to lead the board as chair in this landmark year.”

Will Cheek of Waller Law and Lynn Morrow of Adams & Reese serve as legal counsel.

Leadership Music was founded in 1989 by 12 music industry executives who had graduated from Leadership Nashville. They recognized that there was something unique to the Nashville music community—a sense of camaraderie—and there was a need for a program designed to ensure and protect the dialogue and relationship building within the Nashville music community. Thirty years later, the national program in Nashville has graduated close to 1,200 leaders from across the country in virtually every segment of the entertainment industry as well as community leaders, including two Nashville mayors, the deputy chief of police and a Tennessee Congressman.