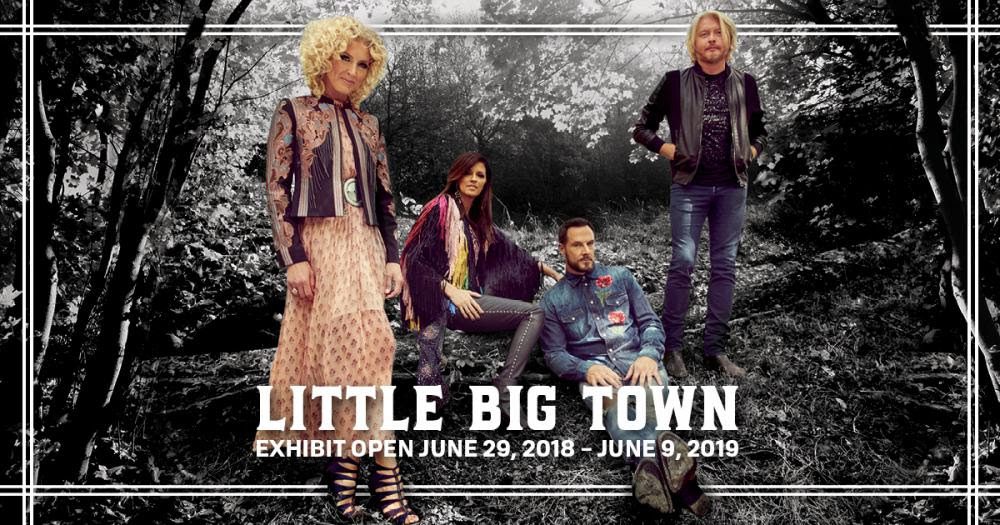 Little Big Town will be the subject of a special exhibit, Little Big Town: The Power of Four, opening June 29, 2018, and continuing through June 9, 2019, at the Country Music Hall of Fame and Museum. The foursome will participate in a special interview program Tuesday, June 26, 2018, in connection with the exhibit.

The new exhibit tells the group’s story from the very beginning, and includes keepsakes and photos from each member’s childhood and many unique items that illuminate the personalities of group members. Artifacts include a handmade Afghan ceramic pitcher, given to Sweet by an American soldier after Little Big Town performed at a small military base in isolated Tarinkot, Afghanistan. Other highlights include a Fender DG-60 used by Jimi Westbrook, the BCBG Max Azria linen sundress and Golden Goose boots worn by Karen Fairchild when she married Westbrook, and Kimberly Schlapman’s childhood recital costume.

“Karen, Kimberly, Phillip, and Jimi—Little Big Town—build their music on a foundation of beautiful vocal harmonies seldom heard in country music,” said Kyle Young, CEO of the Country Music Hall of Fame and Museum. “The group has enjoyed best-selling, award-winning success, but achieving that success required uncommon dedication and courage—and the willingness to make records for four different labels—before Little Big Town became consistent hit makers. Their journey has been a long one, and we embrace the opportunity to share Little Big Town’s story with our visitors.”

“Having an exhibit at the Country Music Hall of Fame and Museum is something we would never have thought to dream of for ourselves. It is beyond a dream come true,” said Fairchild. “We are honored to be a part of country music, and are so thankful to all our fans, the music community here in Nashville and the museum for this privilege.”

Highlights of the exhibition: