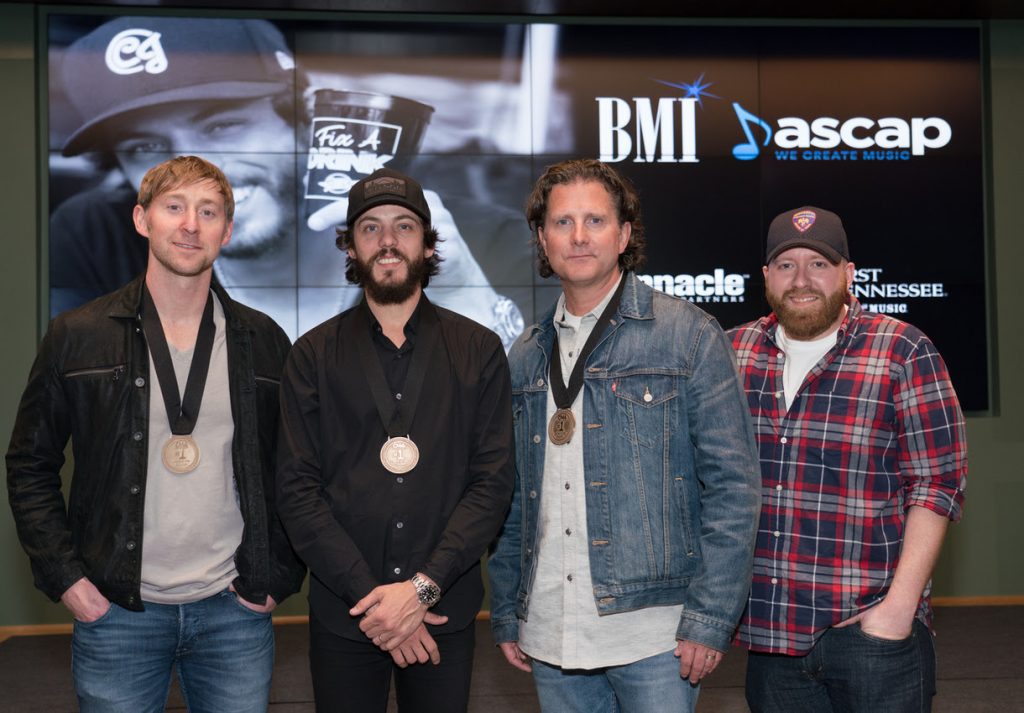 Warner Music Nashville artist Chris Janson celebrated his second No. 1 song, “Fix A Drink,” with a celebration at BMI’s Nashville office on Tuesday (March 6). Janson co-wrote the track with Ashley Gorley and Chris DuBois. The track marks Gorley and DuBois’ 36th and 17th No. 1s, respectively

“I cry at these things,” said Janson, who will soon be inducted as a member of the Grand Ole Opry. He thanked BMI’s David Preston for believing in him early on in his career. “When I was still singing at Tootsie’s, they told me to go over to BMI. David Preston signed me on over there, and I thought I was famous,” he said. “I wasn’t then, but when you do get success, you find out the benefits of it.”

He also praised Warner Music’s Cris Lacy for pulling off a risky radio promotion move. “Cris called me up the evening before we were going to send a different song to radio, and she said, ‘We are going with “Fix A Drink” instead.’ Thank you for that.”

Others on hand to celebrate included the Country Music Association’s Brandi Simms, and Country Radio Broadcasters’ Kurt Johnson. MusicRow Magazine’s Sherod Robertson honored the songwriters with No. 1 Challenge Coins, to commemorate their success on the MusicRow CountryBreakout chart.

“There are two components of success–incredible talent and an incredible work ethic,” said Robertson. “You set such a great example to all of us in the business.” 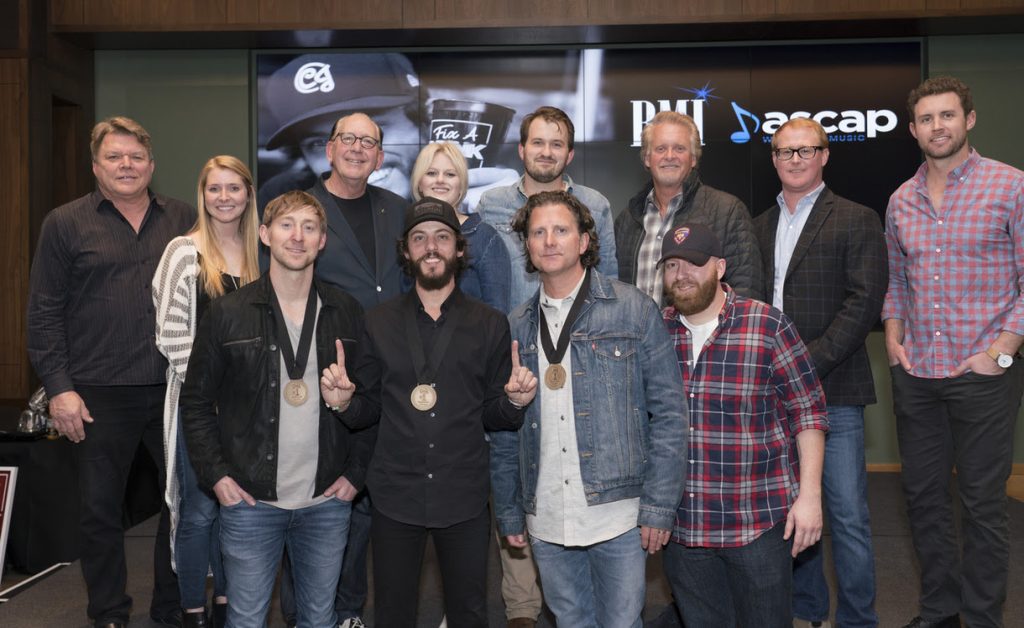 Pinnacle Bank announced a donation to St. Jude Children’s Research Hospital on behalf of the songwriters.

“Thank God for putting these men in my life and it’s an honor to share this with them,” DuBois said of his fellow songwriters. He also thanked producer Brent Anderson. “I’ve heard him harmonize to a car alarm, and to a phone ringing. There is no end to what he can do,” DuBois quipped.

Gorley praised Janson for not only his commitment to his career, but his commitment to wife Kelly and to their kids. “Chris and Kelly are a great example of mixing life and career, and keeping their family first,” Gorley said. “Chris Janson is one of those few artists that you really can’t wait to see how he pulls off a song in his live show. Nobody pulls off songs better live.”

Janson not only praised everyone on his team, from publisher to manager to label execs, but he brought everyone on stage for a group photo to celebrate the occasion.

“One of my radio regionals Ray Vaughn always says ‘team work makes the dream work,’ and I truly believe that,” said Janson. “I have a fantastic team behind me, from my label to my management, my agency, my publisher and beyond – not to mention my wife Kelly. I am so grateful to have people who believe in my music and fight for my songs. I am proud to share this No. 1 with each and every one of them as well as my fellow songwriters Ashley and Chris.”