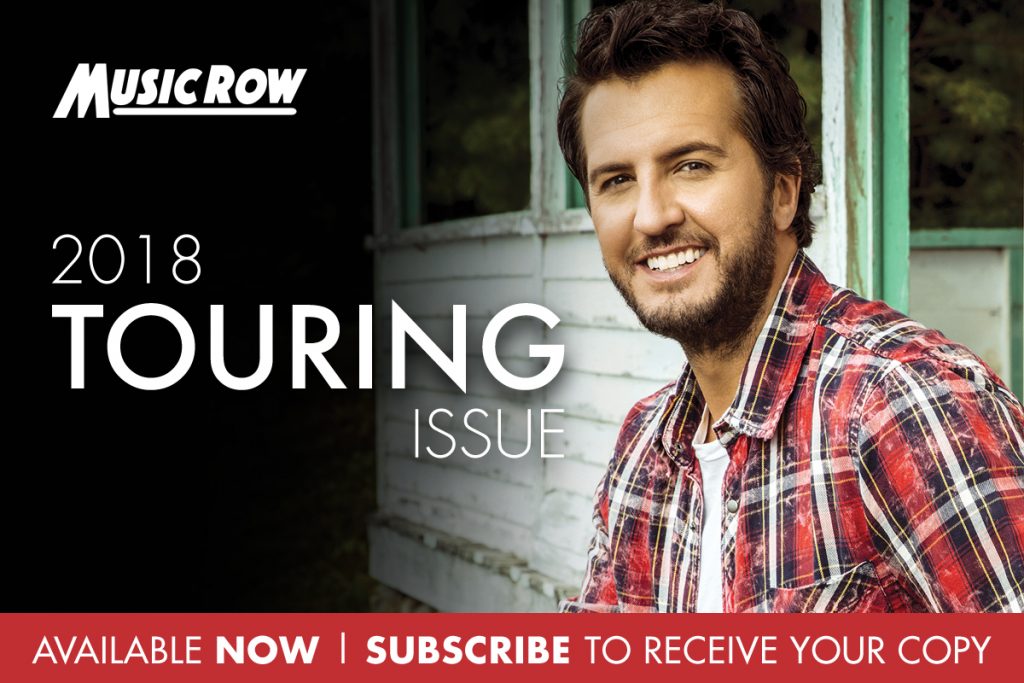 Adding to MusicRow‘s three original print directory lineup, the 2018 Touring Issue debuts MusicRow‘s fourth print directory. The Tour Transportation Directory offers a useful guide, for anyone planning to send acts on the road, with pertinent bus and jet leasing companies listed for Nashville. Nine jet companies and 23 bus rental companies are included, all with a reputation for serving the Nashville touring industry.

“MusicRow’s annual Touring Issue is devoted to the segment of our industry which works so hard to give fans the gift of bringing music to life, every day, around the world,” says MusicRow Publisher/Owner Sherod Robertson. “Now complete with a Tour Transportation Directory, MusicRow‘s Touring Issue will become an essential guide for managing gatekeepers on the road.”

Capitol Records Nashville/UMG headliner Luke Bryan graces the cover of MusicRow‘s 2018 Touring Issue. Luke Bryan has won CMA and ACM Entertainer of the Year four times, and served as co-host for the latter television show. Bryan recently signed on as judge for the first season return of American Idol, on ABC. Bryan has garnered 18 No. 1 singles, performed for millions of fans on his headlining arena tours and sold over 10 million albums. His sixth studio album, What Makes You Country releases Friday, Dec. 8, 2017.

Single copies of MusicRow‘s Touring Issue print issue are available for purchase at musicrow.com for $30, and are included with yearly subscriptions.