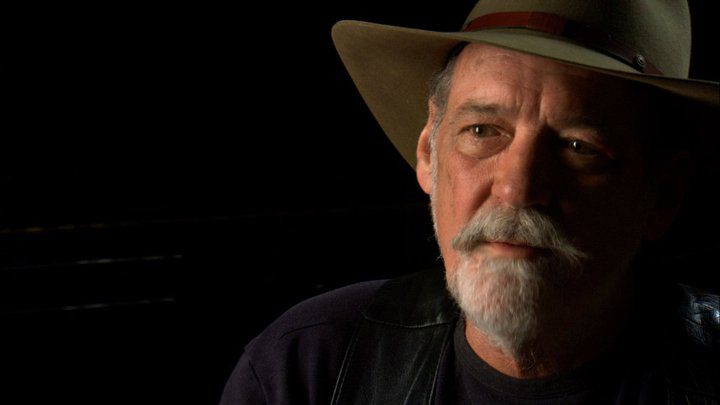 Veteran singer-songwriter Richard Dobson has died at age 75 in Switzerland.

Dobson was among the Texas natives who transformed Nashville’s creative community in the 1970s. He was part of a group of song poets that also included Townes Van Zandt, Guy & Susanna Clark, Rodney Crowell, Mickey Newbury and Steve Earle. All of them were migrants to Music City from the Lone Star State.

He has been making records since 1977. Most of his 20+ albums were recorded in Music City.

The songwriter’s “Old Friends” served as the title tune to Guy Clark’s 1988 LP, and Clark also recorded Dobson’s “Forever For Always For Certain.”

Nanci Griffith recorded Dobson’s “Ballad of Robin Winter-Smith” on her 1984 LP Once In a Very Blue Moon. She dubbed him “The Hemingway of Country Music.”

Dobson and his fellow Texas troubadours were profiled in the acclaimed 1981 documentary film Heartworn Highways. He sings “Forever For Always For Certain” in the movie.

Richard Dobson originally moved to Nashville in 1971 and became part of the group of tunesmiths who congregated at Bishop’s Pub, located where the Tin Angel restaurant is today. He hosted the weekly songwriter showcases there.

Struggling for money, he returned to his native Texas to work on oil rigs and shrimp boats in the mid-1970s. The money he earned financed his first album, In Texas Last December. Dobson’s longest tenure on the Nashville songwriting scene occurred in 1985-1994.

His rough-hewn performing style, gritty image and poetic songwriting attracted a following in Europe, particularly in Germany. He moved overseas to write and perform and settled in Switzerland in 1999 with his Swiss-bred wife Edith.

In addition to his songwriting, Richard Dobson was noted as a prolific prose stylist. He issued colorful newsletters for decades. These were variously titled “Poor Richard’s Newsletter,” “Don Ricardo’s Life & Times” and, most recently, “Pleasures of the High Rhine: A Texas Singer in Exile.”

He also wrote two novels, The Gulf Coast Boys and Seasons and Companions.

Richard Dobson died on Saturday, Dec. 16, at a hospital in Switzerland. He had advanced prostate cancer. A private funeral will be held in Switzerland for family and friends.

The songwriter’s eulogy can be found in the lyrics of “A Song for Richard Mock” on his Save the World album: “Time is like water, it slips through your hands and nobody gets out alive.”