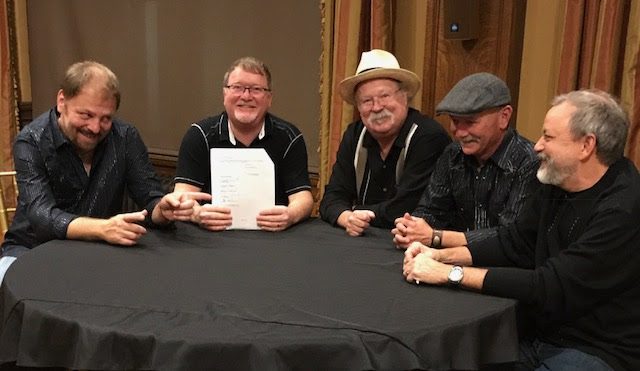 The Seldom Scene, one of the most enduring and acclaimed bands in bluegrass since its formation in the early 1970s, has signed with Rounder Records.

Over the years the group’s lineup, which consists of guitarist Dudley Connell, Lou Reid on mandolin and guitar, Fred Travers on Dobro, Ronnie Simpkins on bass, and the band’s newest member, multi-instrumentalist Ron Stewart on banjo and fiddle, has boasted some of bluegrass’ finest musicians.

“I’ve always been impressed by the Seldom Scene’s ability to find great songs from different genres and make them their own and ultimately a part of the bluegrass repertoire,” said Rounder co-founder Ken Irwin. “Although we haven’t worked with the Scene, we have worked with most members of the current band in different configurations and are very excited about working with them on this new recording.”

“We’re very excited about this new recording we’re about to do for Rounder Records,” said Reid. “Ken Irwin has brought some fresh and great ideas for the material we’ll be recording in the near future. I can’t wait to get in the studio with Dudley, Fred and Ronnie, who I have spent twenty years traveling and recording with, and we couldn’t be happier to welcome our old friend Ron Stewart to the band.”