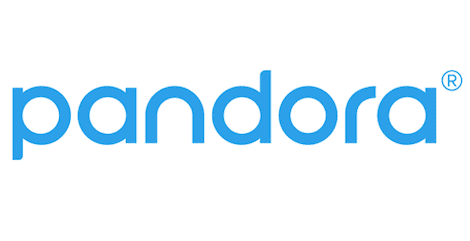 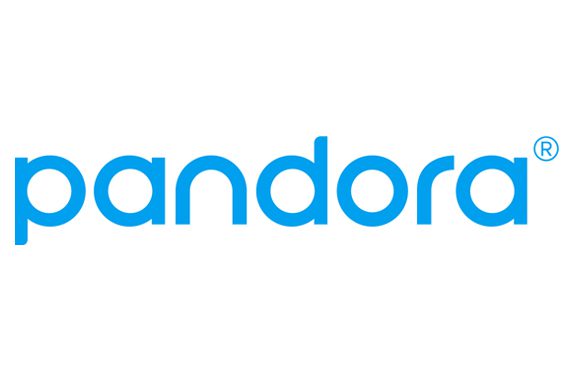 Pandora has announced its list of country newcomers to watch in 2018. The streaming service’s curators selected 20 artists it predicts will light up the music world next year.

“We listened to hundreds of artists to compile this list of the top 20 Country Artists to Watch for 2018 that highlights some of the most talented, hard working new stars on the scene,” says Rachel Whitney, Country Curator at Pandora. “Whether you’re into Sam Hunt, Carrie Underwood, Kacey Musgraves, or Sturgill Simpson, we hope you’ll discover some new favorites. Check out their songs and exclusive artist audio messages on our handpicked mixtape, Country Artists to Watch 2018, right here on Pandora.”

Listen to the collection here.

Jimmie Allen
Jimmie Allen has been hitting the pavement hard in Nashville for years, at one point living in his car, and playing any gig he could get to make it work. These days, you may have caught him on the road opening for Toby Keith on the Interstates & Tailgates tour. He just released his first EP with Broken Bow Records – a project for which we have sky high expectations. Listen for new songs like the autobiographical “Underdogs” and super romantic “Best Shot” from this rising star.
If you like… Billy Currington, Jake Owen, Dustin Lynch

Abby Anderson
With her first single, “This Feeling,” Abby Anderson introduced herself as a powerhouse vocalist with a distinctly modern vibe. At only 18 years old, she’s signed with Black River Music, the company behind Kelsea Ballerini’s meteoric rise. She’s working on her first album, and we can’t wait to see how high she can soar.
If you like… Carrie Underwood, Kelly Clarkson, Maren Morris

Danielle Bradbery
One of the show’s youngest winners, Danielle Bradbery is renowned for her extraordinary performances on The Voice, and after a few years refining her sound, the Houston native introduced a new voice this summer with the toe-tapping “Sway.” Fans are in for a treat with her upcoming album, aptly titled I Don’t Believe We’ve Met, out Dec. 1.
If you like… Kelsea Ballerini, Cassadee Pope, Jessica Andrews

Tyler Childers
With a recent sold out residency at Nashville’s iconic venue, The Basement, Kentucky native Tyler Childers is hardly new to his fans but his work is so good we had to give it some love here. If you like Jason Isbell or Cody Jinks – or maybe you’ve heard of his Grammy-winning producer, Sturgill Simpson – you’re going to love Childers’ fresh take on alt-country.
If you like… Cody Jinks, Jason Isbell, Sturgill Simpson

Ruthie Collins
If you haven’t heard her music yet, you might recognize Ruthie Collins from her A&E! Show, Home.Made, on which she co-hosts DIY episodes on Saturday mornings. Her vintage rural stylings are ever-present in her sound, a mix of bluegrass-inspired classic country capped off with modern production that brings out her crystal clear vocals. And her new album, Get Drunk and Cry, will likely prompt you to do just that.
If you like… Dolly Parton, Kacey Musgraves, Alison Krauss

Jordan Davis
Music runs in Jordan Davis’ blood, with relatives including an uncle who penned songs for Tracy Lawrence, and a brother, Jacob Davis, who’s another talented artist on the Nashville scene. He kicked off this past summer with the rollicking “Singles You Up,” an anthemic tune in the spirit of Old Dominion’s “Break Up With Him,” that immediately rose to one of the top thumbed songs on our New Country station. With new music on the way, Davis is heading into a promising 2018.
If you like… Sam Hunt, Cole Swindell, Old Dominion

Devin Dawson
Nashville’s “Dark Horse,” Devin Dawson, catapulted into YouTube fame with a Taylor Swift mashup he made with a college dormmate. His school days were spent songwriting and preparing for the unknown, which turned into a record deal with Warner Nashville and and a budding career as a country singer with an expressive rock tinge. His newest work, the easygoing romantic smash “All on Me,” is gaining traction on Pandora and across the country music world, giving his 2018 Dark Horse album release a running start.
If you like… Jason Aldean, Eric Church, Dierks Bentley

Adam Doleac
Adam Doleac is no stranger to hard work on the road, booking over 200 shows a year. He played baseball in the 2009 College World Series at University of Southern Mississippi and traded in his glove for a guitar just a few years ago. As a writer, he’s had songs cut by Kane Brown and Darius Rucker, and is now setting out on his own with a new EP and bright future ahead.
If you like… Darius Rucker, Brad Paisley, Brett Young

Morgan Evans
Hailing from Australia, where he was recently named CMA Global Artist of the Year, Morgan Evans is headed towards international fame with his first U.S. release on Warner Music Nashville, “Kiss Somebody,” about getting over a past relationship. Heavily influenced by fellow Aussie, Keith Urban, Evans made the decision to put down roots in Tennessee and is set to wed fellow country artist, Kelsea Ballerini, this winter.
If you like… Cole Swindell, Thomas Rhett, Keith Urban

Jillian Jacqueline
Like many artists, Jillian Jacqueline gleaned some of the material for her recent Side A release from a breakup, but her songwriting exposes a knack for relating complex emotions you don’t hear about often in a standard country song. She got her start performing with her family’s band and then singing in a Christmas production on Broadway with the legendary Kenny Rogers. After taking a few years off to finish school, Jillian moved to Nashville and never looked back.
If you like… Maren Morris, Sheryl Crow, Kacey Musgraves

Ruston Kelly
Ruston Kelly caught our ear with his Halloween EP early in 2017, following up with an album of the same name later in the year. His folk-rock inspired sound is in contrast to the mainstream songs he’s had cut by artists like Tim McGraw and Kenny Chesney, but still replete with deep storytelling and stark emotion. He recently wed “Merry Go Round” singer, Kacey Musgraves, and between newlywed bliss and a critically-acclaimed album, he is set up for a pretty sweet 2018.
If you like… Ryan Adams, Jason Isbell, Ray LaMontagne

Ryan Kinder
Ryan Kinder has opened shows for superstars including Zac Brown Band and Tim McGraw, and is soon to kick off his own headlining tour. He’s a crazy talented guitarist, and learned to play by deconstructing recordings from inspirations like Keith Urban and John Mayer. His newest single, “Still Believe in Crazy Love,” accompanied by a touching video that also serves as tribute to songwriter Andrew Dorff, has a special kind of momentum. We believe you’ll be hearing a lot more about Kinder in the coming months.
If you like… Lee Brice, John Mayer, Blake Shelton

LANCO
LANCO is poised for a breakout year in 2018 with the growing popularity of their single, “Greatest Love Story.” The song is climbing towards the top of the Billboard Hot Country Songs Chart, and sent the band to a spot on our Pandora Trendsetters chart this fall. Lead singer Brandon Lancaster, whose last name was shortened to create the name of the band, teamed up with Jay Joyce to produce their recent EP after a chance encounter at Nashville’s Bridgestone Arena, setting a promising stage for whatever they come up with next.
If you like… Zac Brown Band, Brett Eldredge, Dan + Shay

Jon Langston
Jon Langston has spent a good part of 2017 on the list of the top thumbed up songs on our New Country station. He flexes his songwriting muscle with the clever “Right Girl Wrong Time,” and throws heartbreak for a new spin in “Prob’ly at a Bar.” The Georgia native has opened shows for artists like Luke Bryan and Chase Rice, and his sincere lyrics and down-home, gritty vocals speak volumes about what’s to come.
If you like… Brantley Gilbert, Florida Georgia Line, Luke Combs

Brandon Lay
Brandon Lay grew up in Jackson, Tennessee, and got his start in the college bar scene. He’s been sharing his new music that combines a mix of country rock and cutting edge pop, with a series of two-pack songs including his current single, “Speakers Bleachers & Preachers,” which is blowing up on our New Country station. Keep an eye out for his debut album from UMG Nashville early next year.
If you like… Eli Young Band, Kenny Chesney, Sam Hunt

Ashley McBryde
Ashley McBryde’s honest songwriting and country rock spirit have gained her fans including Eric Church and Miranda Lambert. Her Grand Ole Opry debut this summer received a resounding standing ovation – and a few tears – from the crowd, over a song she wrote for the occasion, “Girl Going Nowhere.” With songs that transcend, and party vibes to boot, she goes deep while not taking herself too seriously. And take it from us, you must see her live show!
If you like… Miranda Lambert, Eric Church, Gretchen Wilson

Carly Pearce
Carly Pearce quit high school and moved to Pigeon Forge, Tennessee, at age 16 to sing at Dollywood and pursue her dreams of being a recording artist. Needless to say, hard work has paid off for the “Every Little Thing” singer. Leading into 2018, Pearce is no stranger to Artist to Watch lists. And with an incredible, recently released debut album and a single climbing the charts, she is perfectly poised for a breakout year.
If you like… Lee Ann Womack, Brandy Clark, Cam

Jameson Rodgers
Jameson Rodgers is the second college-baseball-star-turned-country-singer on our list. His stadium dreams were about more than just home runs, so he moved to Nashville and continued to play for tips in bars while he honed his songwriting craft. His 2016 EP digs into influences from artists like John Mellencamp and Travis Tritt, and his newest release, “Some Girls,” is resonating with listeners on Pandora and beyond with its infectious melody. With more new music to come, we’re thinking 2018 will be his grand slam year.
If you like… Tyler Farr, Kip Moore, Chris Stapleton

Maggie Rose
A triple threat as artist, writer and producer, Maggie Rose continues to prove her incredible talents on stage and in the studio. She recently opened our Sounds Like You: Country show in Nashville with Blake Shelton and blew the crowd away. Her explorative work -equal parts pop and country- drives her music forward through unique sonic expressions that take her vocals to new heights.
If you like… Carrie Underwood, Kelly Clarkson, Lauren Alaina

Mike Ryan
Mike Ryan may not be so new to country fans in the Lone Star state, where he’s already topped the Texas Music Charts on multiple occasions. With a love of music originating from his grandfather, Ryan learned how to play the guitar in high school and began performing around his home state, catching the eye of Billy Bob’s Texas manager, Robert Gallagher, who gave his music to a big-time Nashville publisher. The outside world is taking notice, and Ryan’s “New Hometown” from his recent album, Blink You’ll Miss It, is taking off.
If you like… Dierks Bentley, Eli Young Band, Randy Houser